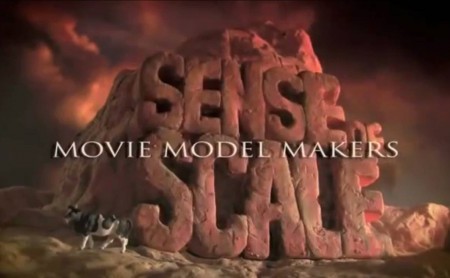 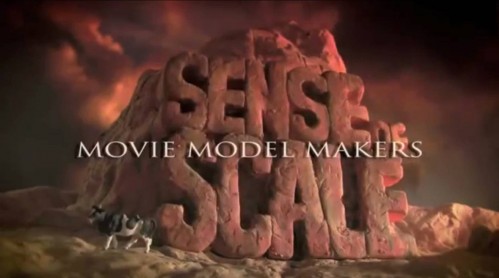 This documentary is about the dying art of model making. Focusing on the personal stories of the model makers whose work shaped and enhanced the impact of feature films and gave it a breathtaking scale. Their practical hands on art is now slowly dying out, giving way to computer generated imagery.

The model makers share their experiences along with personal insights and behind the scenes views from films they worked on. Included are some of the best and well known model makers worldwide. The films on which they have worked include; STAR WARS, STAR TREK, CLOSE ENCOUNTERS, GHOSTBUSTERS, JAMES BOND GOLDENEYE, ARMAGEDDON, MOON, EDWARD SCISSORHANDS, CITY OF LOST CHILDREN, 1941, STARSHIP TROOPERS, UNDERWORLD, WATERWORLD, GODZILLA, TITANIC!

Berton Pierce directed Sense of Scale, his first feature length documentary, with Tom Griep as co-producer. The film was made from 2010 to 2012. Berton travelled around America and Europe to interview the model makers personally. Altogether there are interviews with model makers from America, England, Germany, and Canada. Each offers a personal account of their work, and thoughts on the changes in the industry. The documentary is an oral history of the amazing hand crafted workmanship that has produced many iconic film effects over the last 35 years. It focuses on a subject Berton cares deeply about; how computer technology is slowly taking away practical hand made craftsmanship 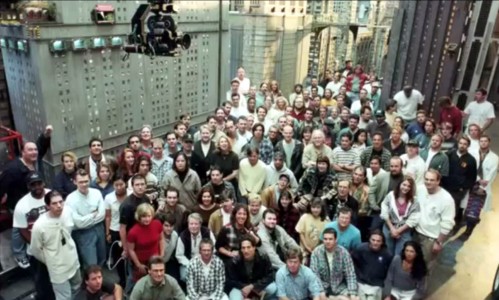 Here is the website to order the DVD for Sense of Scale:

This is the extended version with 32 model maker interviews and hundreds
of behind the scenes miniature effects photos! 3 hours total!

I’ve been waiting for this to come out, and many of you will be interested in this…..

It’s a film that was shown in Europe a few months ago and fans of movie models and miniatures will NOT want to miss this! There are trailers on You Tube as well so you can preview it.

I encourage all of you to buy the film and not copy it to support this film maker who has given us a wonderful historical documentary the likes of which may never be seen again!

Also, please, PLEASE spread the word about it so that fans of this now dwindling art can get the DVD. I’ll be posting a link on my web site too.

And no, I’m not getting any kickbacks of any kind. The producer does not even know I’m writing this. I just want to promote this film which is rather dear to my own interests as well.

I ordered mine immediately… Cost me $28.50 USD for the 2 DVD set. Payment is through PayaPal. That includes shipping from Europe to me here in Canada. I can’t wait to watch it.

This is a magnificent film of the incredible contributions made by this art form to the world… and of those who made it happen! Berton Pierce did a fantastic job assembling this incredible footage that capturing those artists that inspired millions of people all over the world! I highly recommend this DVD set to all artists! 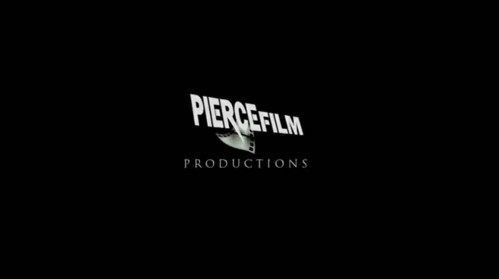