SW Celebration V Exclusive! “The Hunter and His Prey” artwork by Chris Trevas

The folks who went to Celebration V this year were not disappointed. One of the fantastic offerings there was this limited print by famed Artist Chris Trevas! Mr. Trevas is not only very well known for all kinds of masterful artworks, but especially for his work with George Lucas’s Star Wars. He has multiple releases of beautiful works within the legendary realm… and ALL Lucas approved, official licensed material. He just finished working on the Star Wars Blue Prints Book for which they used some Lucasfilm photos directly released to the public from this site in order to accomplish some of those Blueprints. His masterful works will never end in my book. He is a talent that inspires millions. His latest work released at Celebration V “The Hunter and His Prey” was released in a VERY low numbered edition there and sold out immediately! It depicts the Bounty Hunter Boba Fett overlooking Han Solo and Princess Leia’s arrival to Cloud City, where he had followed them, and set his trap for capture and reward. Especially important to me, was the use of my Blue Screen photos of the Studio Scale Cloud Car built by famed model artist R.L. Bleecker. Chris needed some good reference materials and I am quite honored he used them.  Below you will see Chris’s fantastic piece along with the blue screen photos he utilized for his painting. There is MUCH more to show from this amazing artist. I am looking forward to showing many of his works in the near future.  Thank you Chris for the work and inspiration you have given us all!

To visit Chris Trevas’s site, please click on his banner link below…

To view this piece in an larger size, please click directly on it. 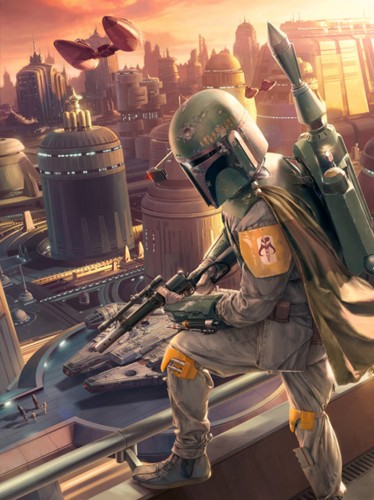 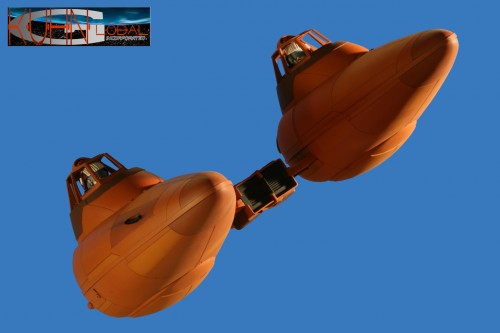 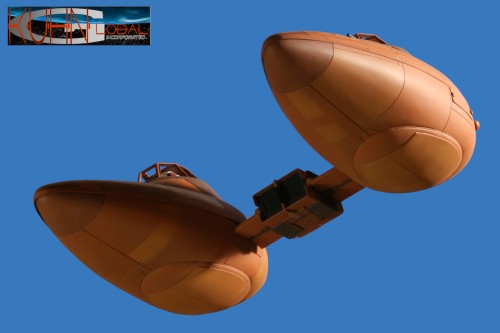