This is one of my favorite wing positions for the Klingon Bird of Prey! When we first saw the wings move up in the landing position  at the end of Star Trek 3, I haven’t been able to get the look out of my head! And so it is the same for Collector Karl Southcott with his commission of the Star Trek IV HMS Bounty masterfully built by industry artist Richard Long! This piece is beautiful from its’ fantastic paint job down to the base with the lighting facing upward toward the landed Bird of Prey. It very much has the look of the studio model shown on Vulcan! BEAUTIFUL job by Richard Long! Karl has another winning piece in his collection! 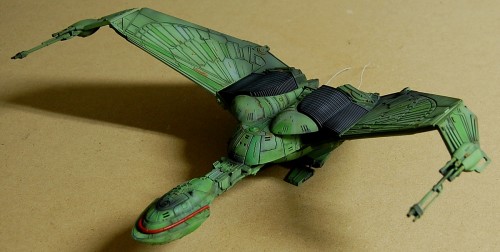 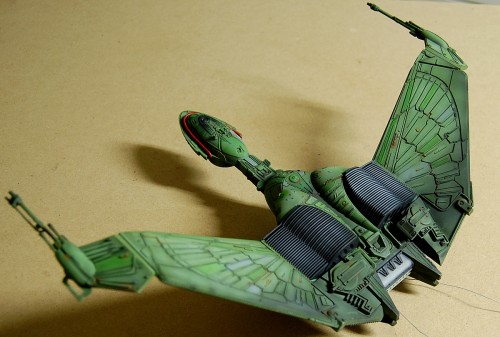 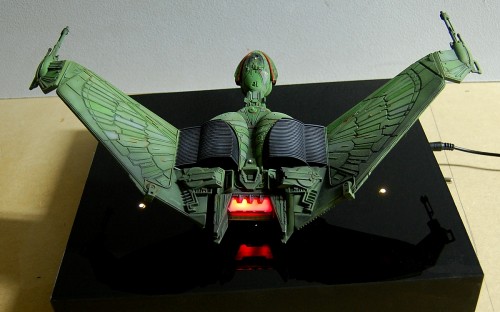 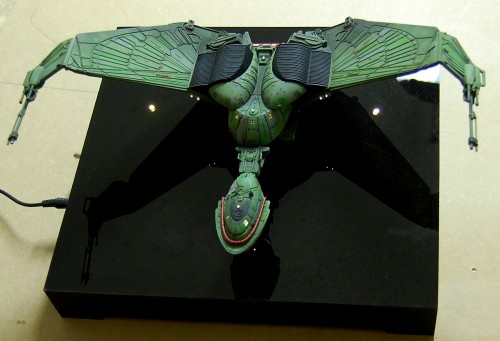