I have to admit… this is a great concept that I find extremely entertaining to view. Ray Lawson has done it again with this fantastic diorama!

Here is what Ray has to say…

Here’s a funny “What If?” build by myself, and the model club I am in which started this build years ago. So, what if the Battlestar Galactica came to Earth in the early 80s and was incorporated into the American way of life? As such, I made a NASCAR sponsored Wrangler Viper in a pit stall, complete with support vehicles and pit crew!

Lots of scratch building, this was the first re-release viper with an aftermarket resin cockpit detail set, and all the crew were an Israeli tank crew set. 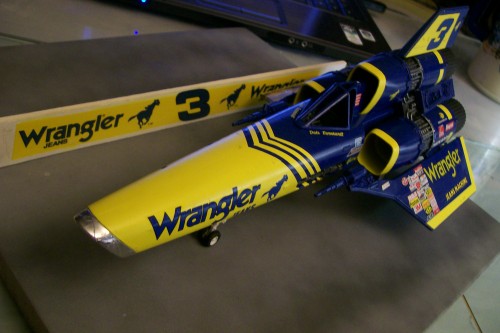 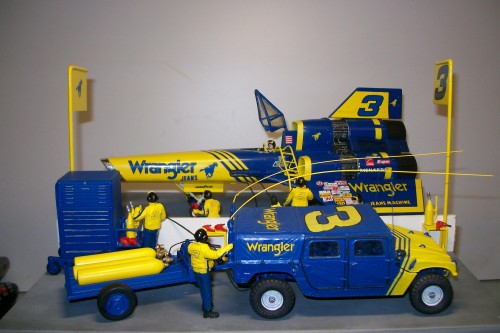 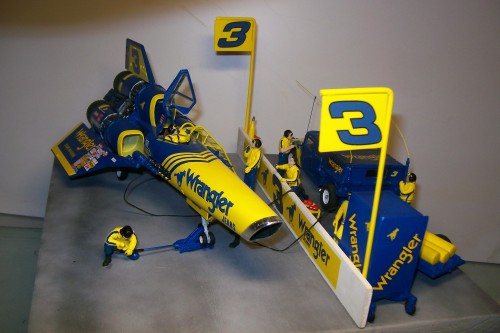 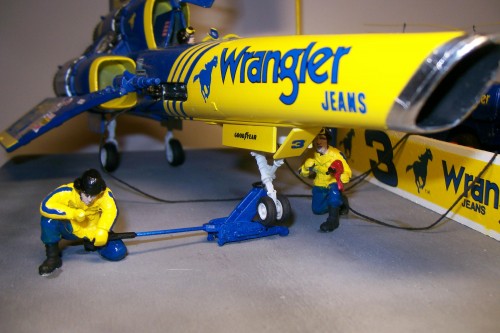 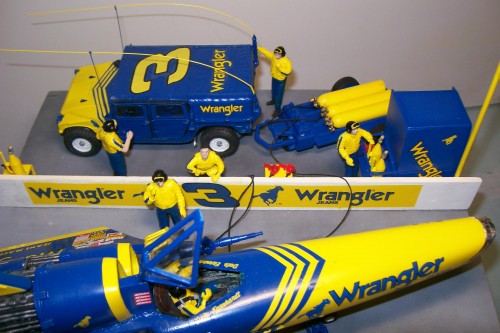 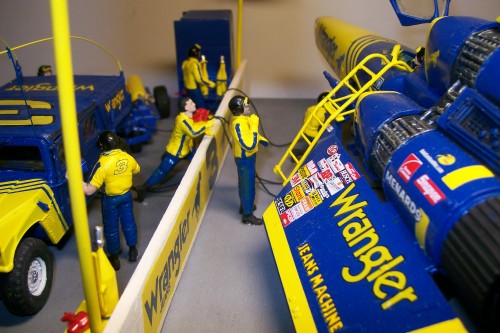 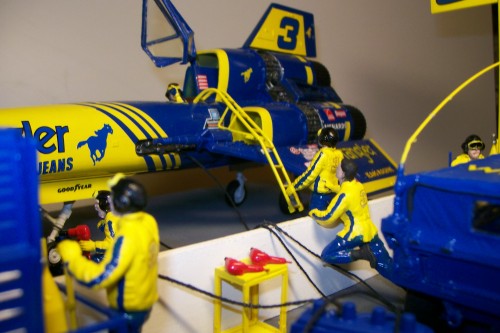 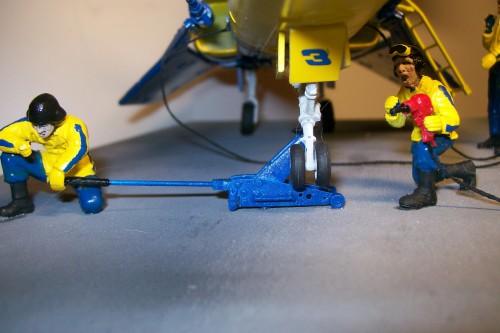 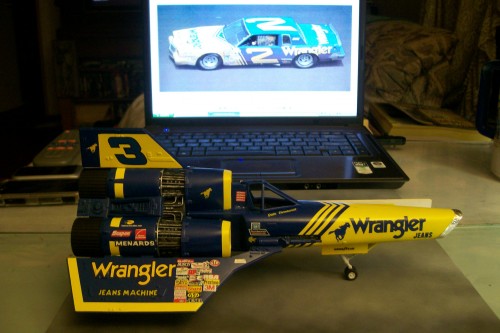 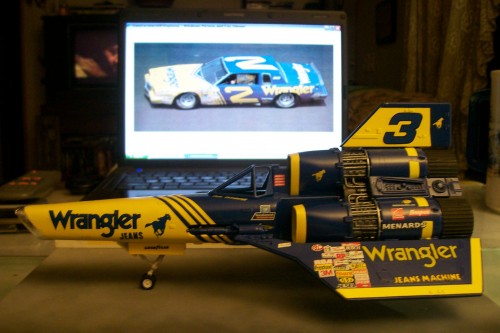