Here is another TOS Battlestar Galactica build from artist Christopher Callaghan. Using the Revell/Monogram kit, Chris turned this build into a piece worthy of a fine collection. I very much like the blast mark on the wing. Nicely done. It should be noted that the original Monogram kit was used in the original Television Series for a forced perspective shot in a Hangar Bay scene…. making it officially a Studio Scale model, albeit much smaller than it’s regularly used studio filming model cousin we view in all other scenes. 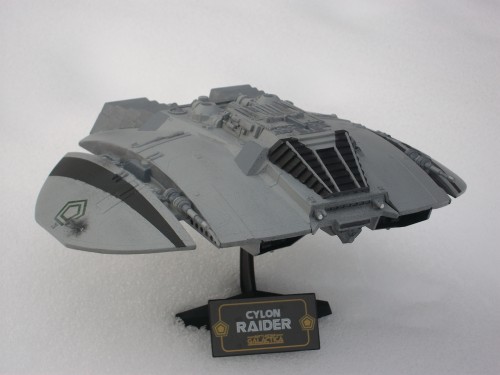 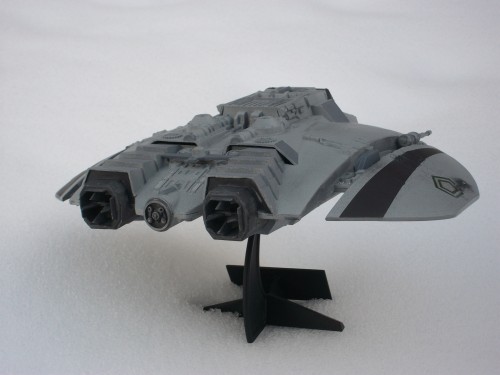 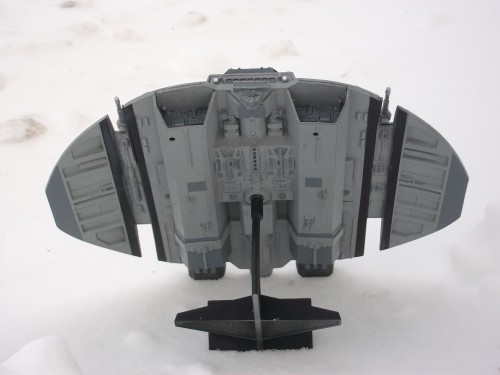 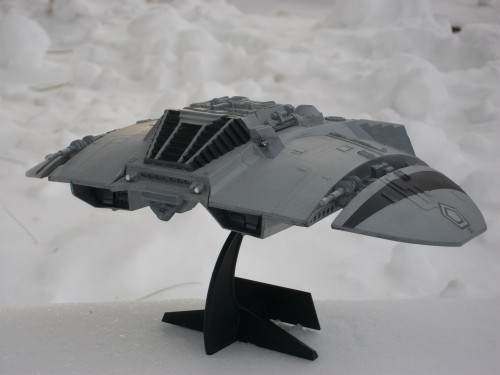 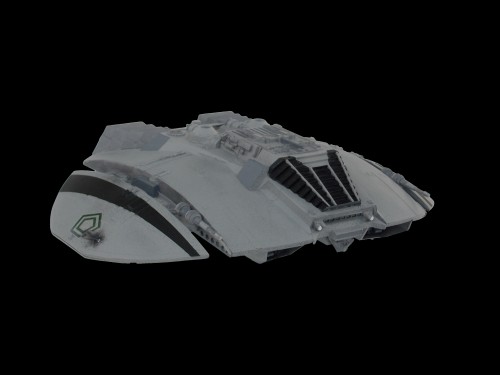