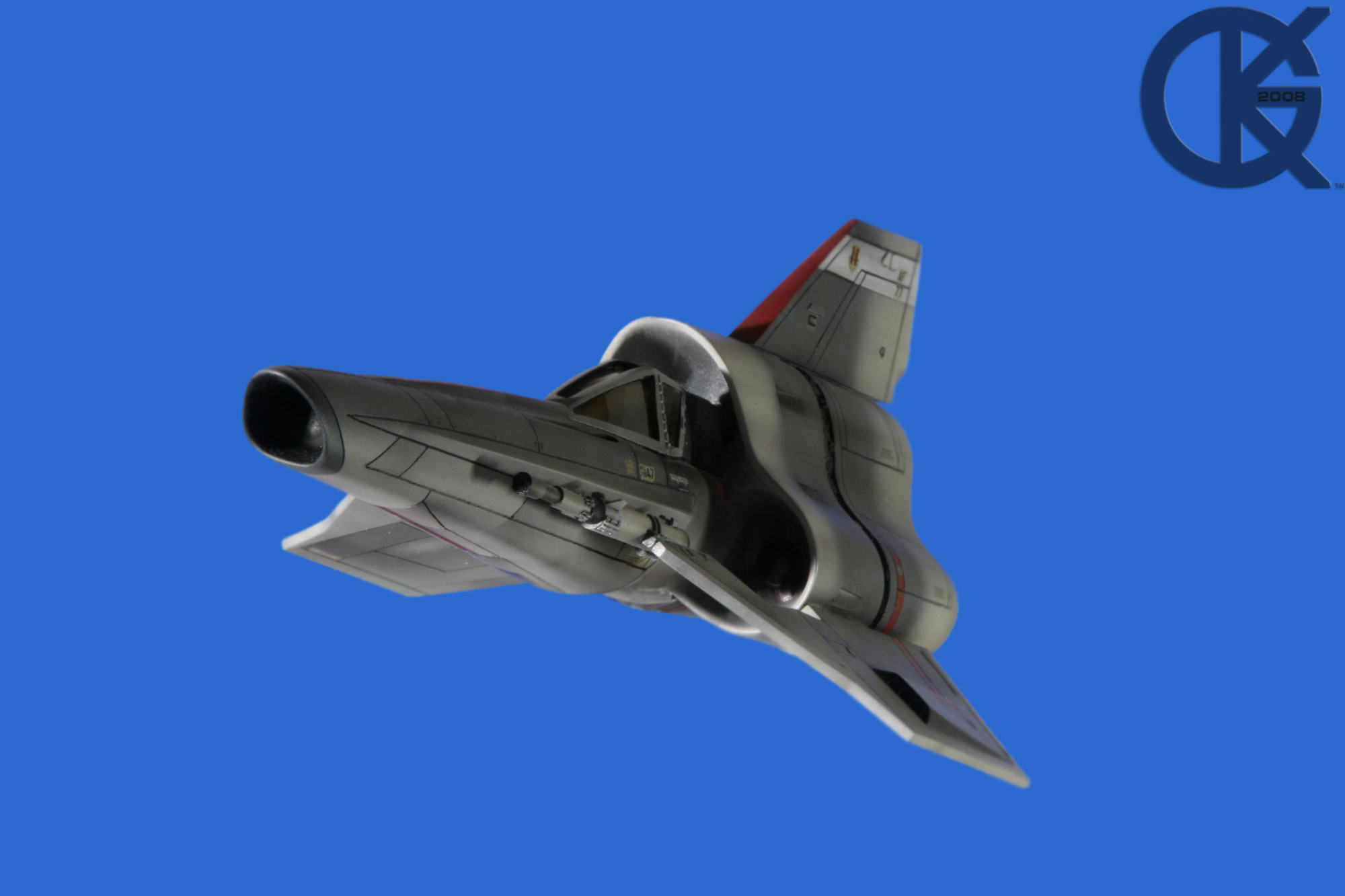 Shown here back in 2008, then again in Sept. 2010 after I gave this to Tom DeSanto….. this is a Piece of Galactica History. It is, in fact, the Tom DeSanto / Bryan Singer Continuation Series Colonial Viper that never came to be. This one is officially scaled in 1/24 and named the Mk IV Advanced Colonial Viper.

This piece was built by artist David Martis, which came out very well considering the challenges of the cast parts produced. The story is below…

How this Model Came to Exist…

While in the planning stages, Producer Tom DeSanto had originally contacted Michael Miles Artistry to develop his (DeSanto’s) newly designed “advanced” Viper for the Continuation Series calling it the Mk IV. To gain excitement through the Studio and fan base, permission was given to Michael Miles Artistry by Tom DeSanto to produce a line of kits for this possible, upcoming series which would be based on DeSanto’s designs. However, the only kits produced were of this Viper Mk IV.  Of the few released, ( 7 of which I purchased upfront in order to help “fund” the project, and of which I would only receive 4), this specific Viper model shown today is the one I gave to Tom. It was the FIRST ever to be built and displayed. By the end, there were only around 10 ever made and released by Michael Miles Artistry world-wide. Of my 4, and again, this one went to Tom DeSanto, another went to R.L. Bleecker (Seen Here), the third went to another artist. The fourth was simply un-usable, so we threw it away.

Why did I give away this beautiful, rare piece?…

…Of the approximate 10 Vipers released by MMA, a new deal was made by MMA and Gil Brumana to better the kit that MMA had made. Now four of those reside in the Kuhn Global Collection (SEEN HERE). That stated, in accordance to the agreement MMA made with DeSanto to make these kits, one of those was supposed to be built and go to Tom to generate an excitement about the Continuation Story Line (as stated above). As I found out via a phone conversation with Tom, MMA faltered on their agreement with him. That stated, in my support of the Continuation Story, I decided to give this piece directly to Tom. Hopefully, with all the pieces falling into place, the world of Galactica Fans will again be able to enjoy this new version of story based on the continuation of the old series from 1978. With the passing of Glen Larson a few years back, and Richard Hatch just recently, I am not sure it will happen any longer.

Credit where Credit is Due…

This piece was mastered by Michael Miles Artistry with assistance for certain parts done by famed modeler Coby Lorang. It came out pretty well for Michael’s first and only kit produced. Coby’s canopy was beautiful as well. Without these two artists, it may have been several years, or decades, for this design to have come to life. Even though there were challenges in it all, I am grateful they made it.

I would like to thank artist David Martis for making this piece great. Of this build, I believe David may have received inspiration for the paint scheme from a smaller Alfred Wong build… though I cannot say for certain.

The piece (shown in the photos below) will now reside on Mr. DeSanto’s desk. It was built and painted by master artist David Martis originally for the Kuhn Global Collection. 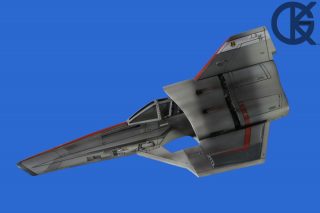 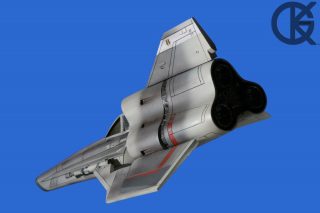 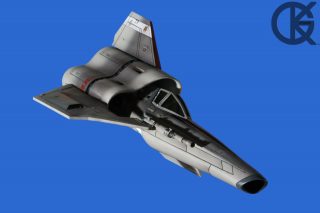 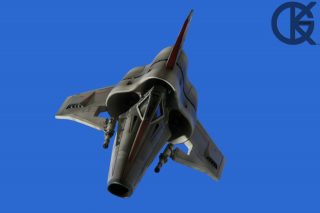 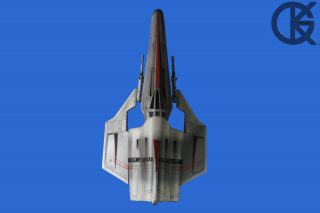 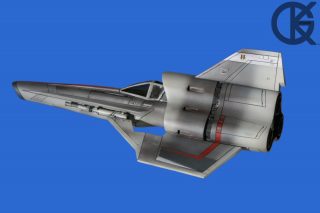 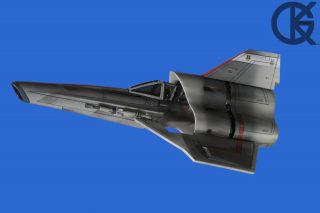 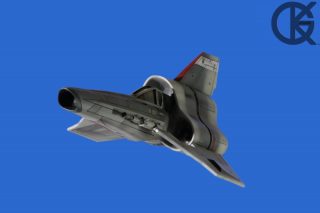 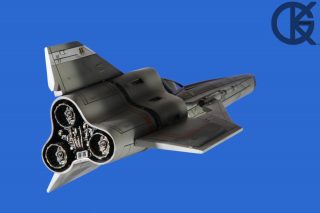 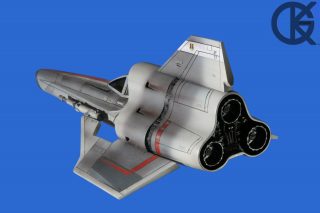 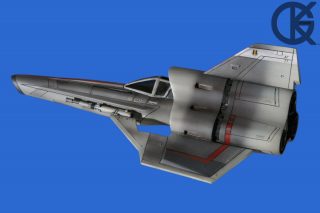 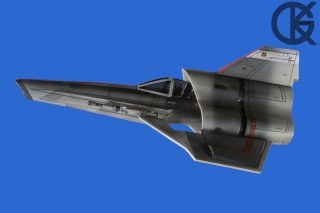 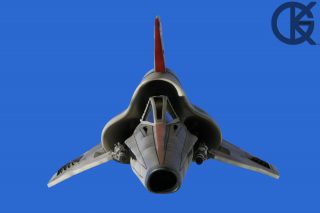 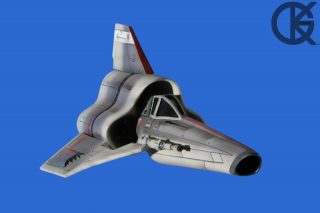 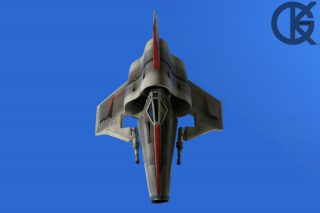 Please enjoy this beautiful Composite by artist RIDER, made from the Kuhn Global Blue Screen Photos above.