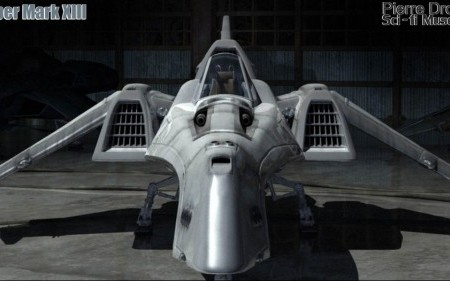 When Modeler Magic first opened back in 2008, many artworks and reference from the series and films we all love were shown here, sparking a revolution of reference being released in the world. One of those was the never realized 13th Tribe Viper by Pierre Drolet…SEEN HERE! Since then Pierre has joined our ranks of artists shown rather than the company (ZOIC) we were then showing. Here are Pierre’s renders of his build… 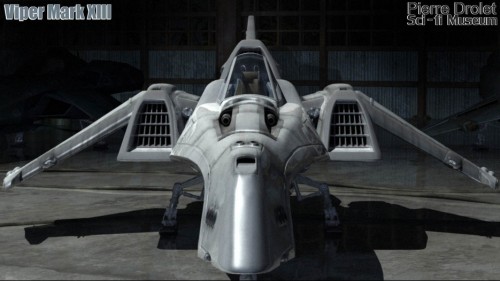 For those who have followed the show, remember at the end of season three when Starbuck died and came back mysteriously from the dead for season four? (I didn’t get that part either) Well, this weird looking Viper was suppose to be the one Starbuck flew back to the colony with. This Viper was a Hybrid between Cylon and human technology from the thirteenth colony. This is why we called it the Viper Mark 13. At one point in the story, the thirteenth colony was suppose to have something to do with the return of zombie Starbuck but the writer abandoned the idea if I remember well. This Viper was never aired on TV and instead, because of the tight budget, they just cleaned up the real size model of the Viper Mark II. I matched the cockpit canopy from the Viper Mark II on it, just in case they changed their mind for the close up of Starbuck sitting in the cockpit. 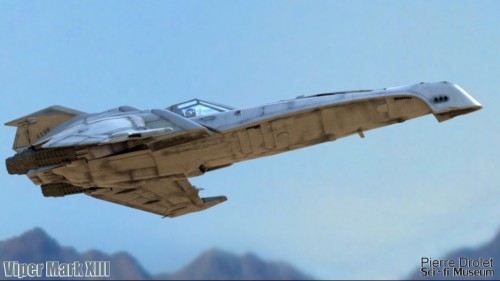 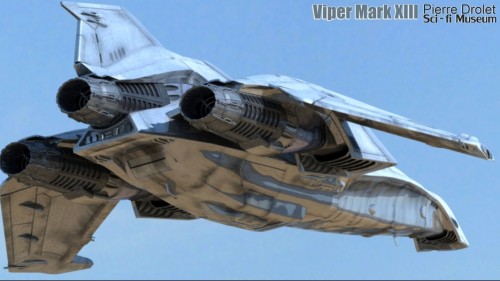 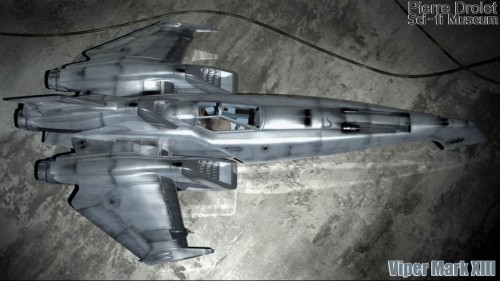 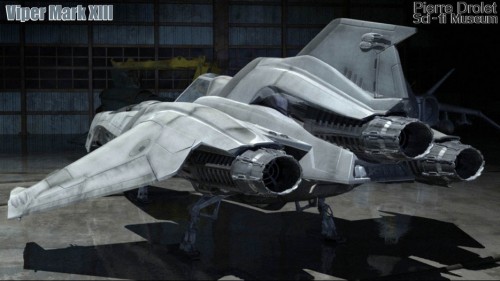 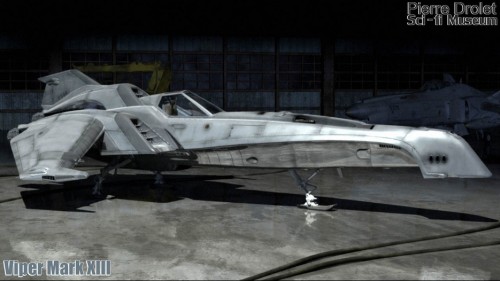