TIE FIGHTERS ARE BLUE!!! No really… they ARE!! But not this time!

Marc Elkins did a fantastic job on this piece (as is his usual)!

In 1977, when Star Wars came out… everyone believed the TIE Fighter to be grey in color… because that is what the technology made them look like on screen! In fact… the actual filming models are blue. Not only have the original ILM builders confirmed it, but Modeler Magic proved it years ago by photographing the blue TIE under the same lighting used for the filming sequences. So the result? You guessed it… the TIE’s appeared to be grey!

That stated…. and since our collection shows the blue studio TIE Fighter (built by R.L. Bleecker), we decided to try out this other studio scale TIE as what we viewed in 1977… in the color grey! And so we now have the two viewed versions shown even though there was only one color for them all.

Once again… Marc Elkins did a fantastic job in the build!!! Thank you Marc!! You are amazing!!

Now… for my Blue Screen Photography…. this was tough keeping this looking the grey it was painted! We had just the opposite effect of photographing the blue TIE! LOL. Never-the-less, I used the Canon Rebel XTi. The model was photographed against the professional Blue Screen foam material created and sold by www.eefx.com . The lighting used were three (muted) 500 watt bright white (blue) bulbs.

As is my usual, here is my ugly mug with

Beauty and the Beast I guess…LOL. 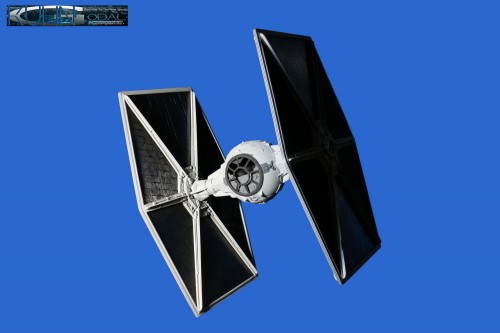 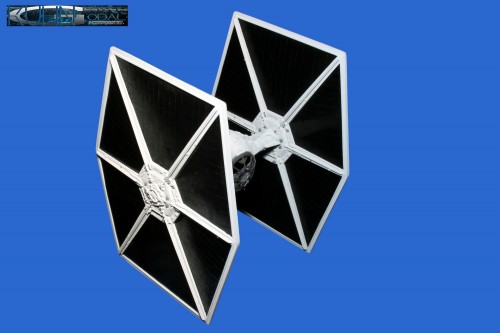 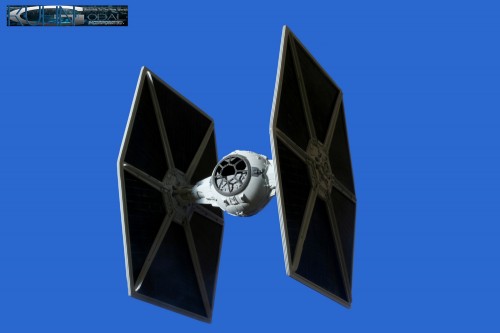 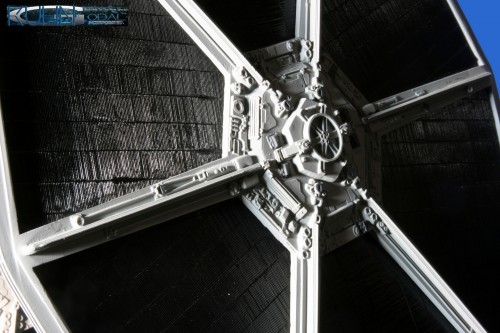 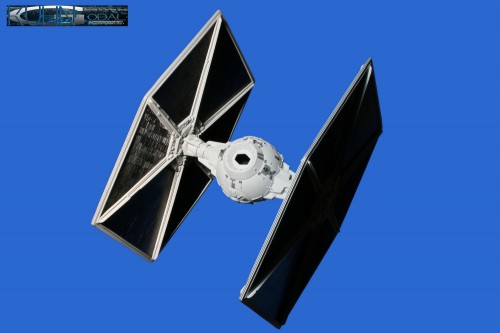 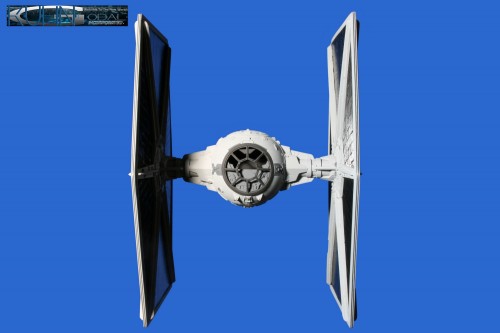 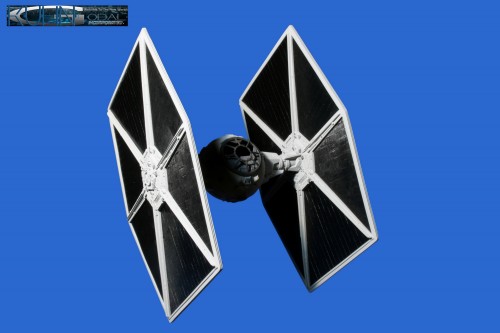 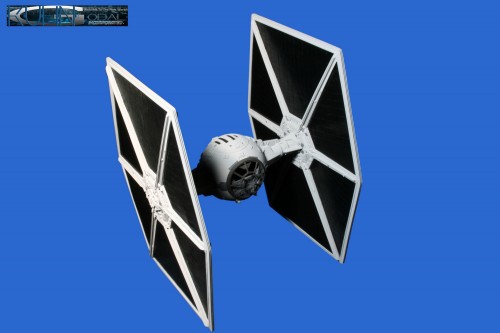 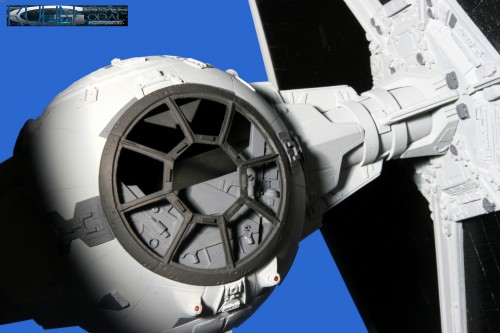 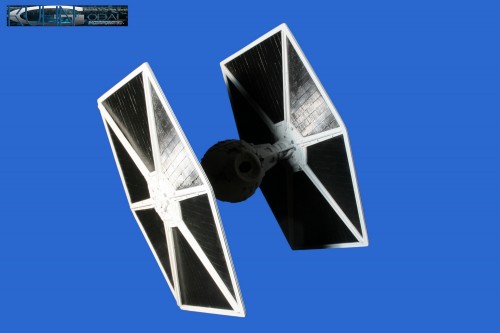 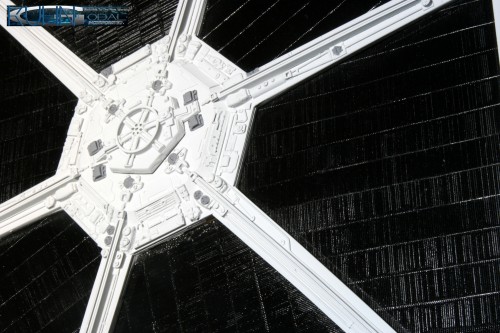 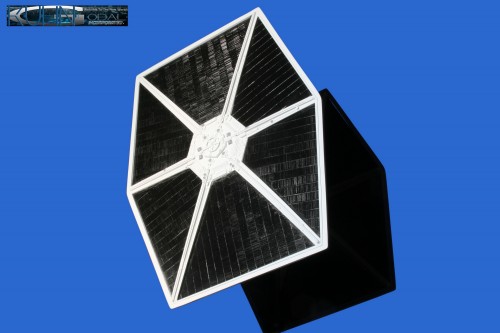 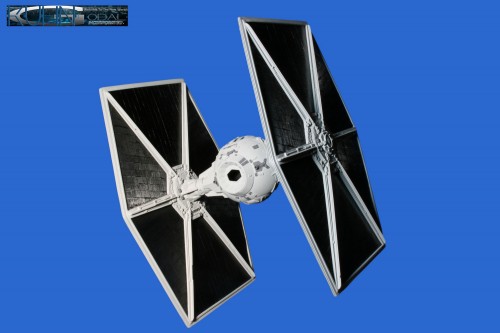 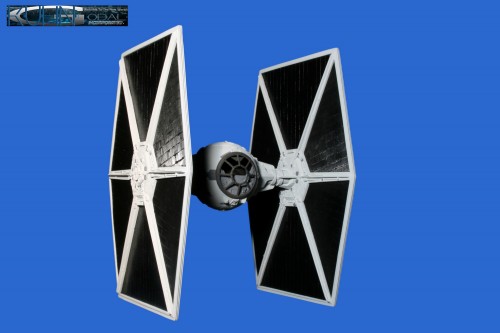