Tim Nolan from Rat Daddy Studios does it again with these magnificent builds of the Moebius Kits! Such detail… very professional!

I just finished building not one, but two Lost in Space Chariot kits from Moebius Models. One has sold and the other will remain in my own collection. I’ve got over 4 months and 200 hours work in the two of them. They both feature complete photoetch details from Paragrafix on the Chariot and the B9 Robot, as well as full lighting including headlights, dash, robot, and scanner. The scanner and robot have fluctuating lighting to simulate scanning and speech from David Uresti, who is a new board manufacturer I have been working with. Very simple but affective! They also have resin figures, weapons, and luggage boxes from Crows Nest Masterpieces for added realism. Paint is Tamiya Dark gunmetal grey, chrome aluminum, and orange. Masking and interior color provided by Lou at Aztec Dummies. That canopy can’t be done right without his products! Here are a few photos. You can view complete build photos on my website here:

You can snag more photos if you wish here on Photobucket:

Directly after this was shown last night, well… a few hours after… Tim received this fantastic, and well earned appreciation email….

Just a quick note to say how much I’ve enjoyed looking at your model work. I spent much time on the sets of Lost In Space, Voyage to the Bottom of the Sea and others being filmed at 20th Century Fox while my dad was shooting Lost. The miniatures really capture the essence of the sets well.

I have a 24-inch Lunar build done by a friend of mine which I love to display. 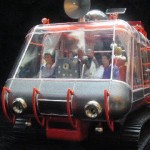 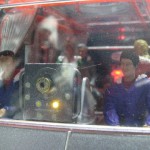 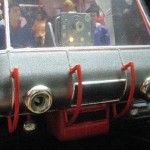 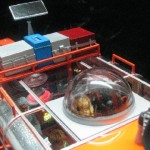 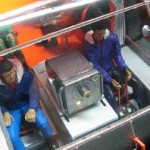 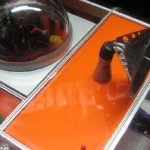 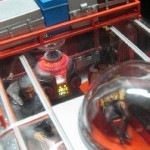 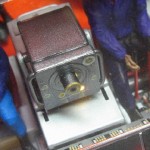 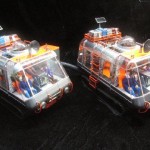 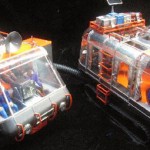 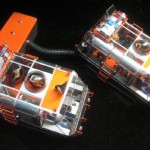 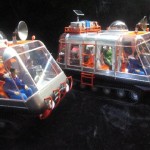 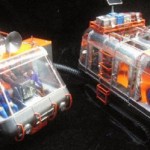