EVERYONE who grew up during the 60’s and 70′ knows this Batmobile! What a fantastic miniature replica Orne did with this piece!

This is my seventh build of the car (the first was constructed over a Monogram ’57 Chevy in 1988-89, using blueprints I drew up from photos taken of the original car at George Barris’ Kustom Industries shop in 1986); this version was completely built up from styrene strip/sheet, and was somewhat enlarged in all dimensions over the first one, which had been scaled to fit a popular R/C race-car available in the mid-eighties.   Many of the detail-parts from the original versions went un-used, as I scratchbuilt all new parts.   The aft rocket-launchers were cut from aluminum tubing.   The complete interior is all resin, with the canopy vacformed from clear PETG.   With the exception of the main upper and lower body halves (layered on the inside with a coat of resin to add strength), all the other parts were resin-castings, including the wheels.    I reversed the body-painting: after spraying the primer filler-coats, the body was painted red, then I masked with pin-striping and painted it overall flat-black – scoring the trim edges with new #11s while pulling away the tape from still-drying paint – followed by Krylon clear glosscoat.   Bare Metal foil was used for the canopy-trim, and detail was applied with acrylic paints and gel-pens.

I gave away the model to someone as a gift, so working on a new version now.   More photos of the model (and the original) can be found on my website:  www.rebellioncreations.com 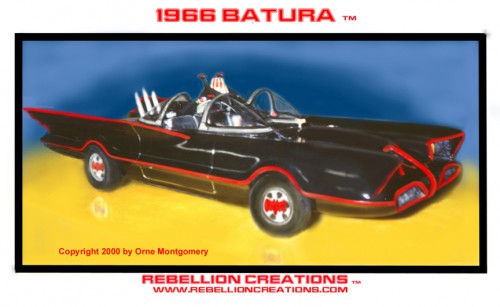 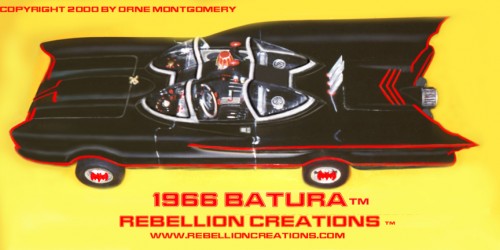 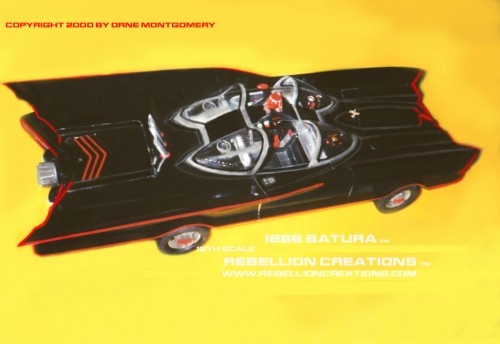 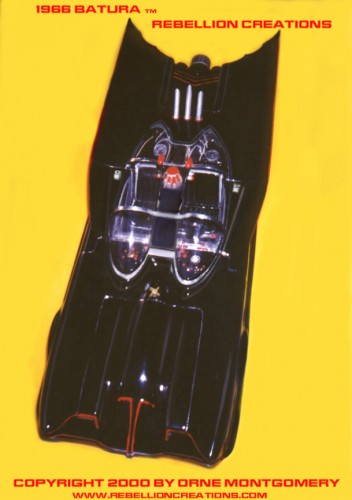 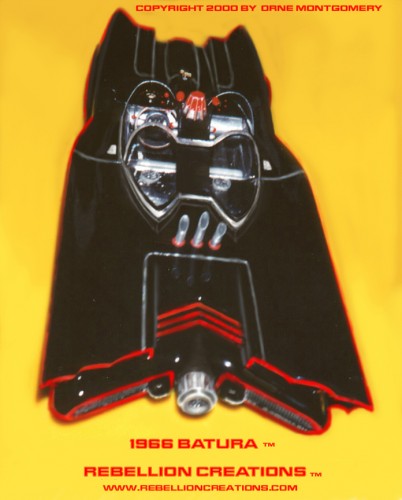 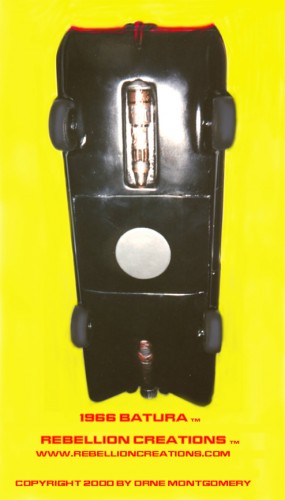