This fantastic tiny build is by artist John Beaulieu! This is the best piece I have seen him do yet! Fantastic!

By far my most ambitious build to date! Engine core, gravity ring and atmospheric engines are all lit, requiring creating molds of the kit parts, cutting out original details and recasting them in clear on the original parts.
Certain details from the movie version of Serenity were replicated onto the model which is based of the Television version of the ship.
One of the shuttles was modified to more closely resemble screen references. It was then molded and a copy was cast. The shuttle bays were then altered to have a more snug fit around the new shuttles.
JB 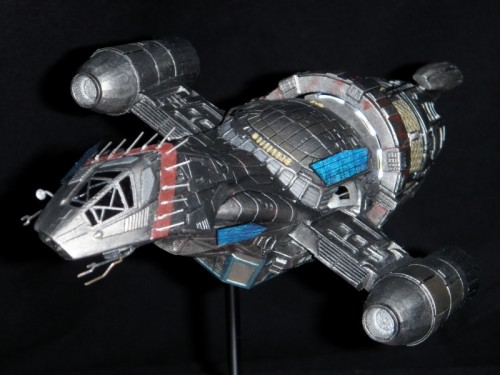 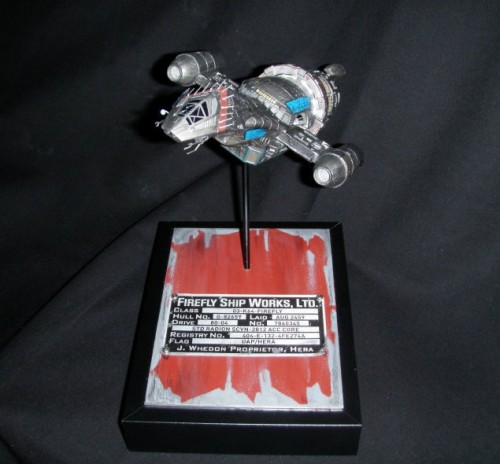 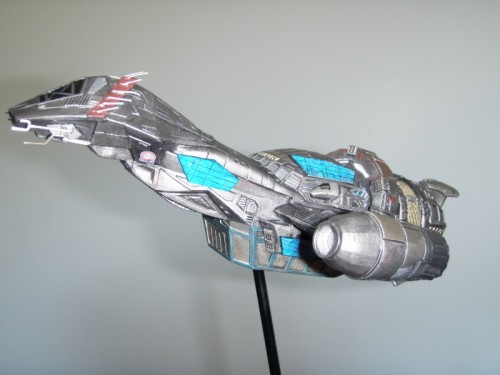 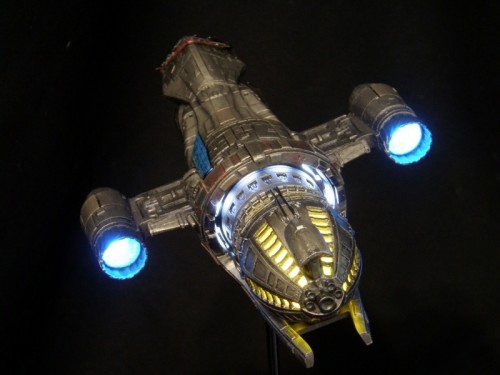