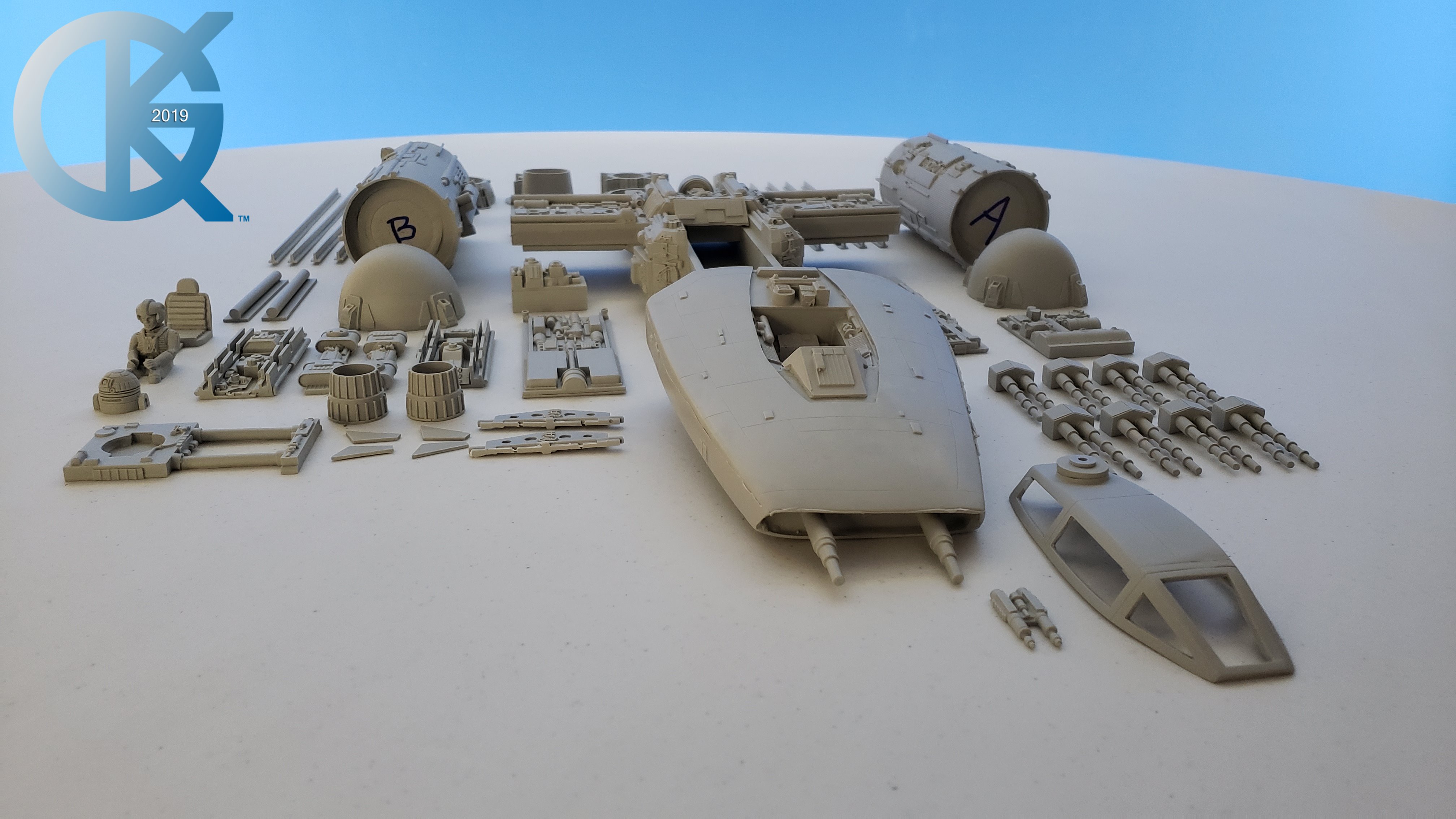 Here we go again with yet another great KORBANTH Kits release! This time it is of the 1/24 (studio scale sized) Y-Wing. I stated “Studio Scale Sized” because while it is the same size, it is not accurate for a studio model replica. Unless of course the Modeler doing the project chooses to make it so. You may be asking yourself ‘Why make a Y-Wing that isn’t like the studio model?’… and the answer is simple…. to draw out the ‘creative’ of a piece everyone so widely loves. We have all seen many Gold Leader, Gold 5, Triangles, and more Y-Wing replicas over the years. Heck,.. I have all three of those mentioned once again in the queue that I purchased years ago from the great Kit Maker whom first released the studio scale Y-Wing kits. They will be my third set built of those same replicas. I love them, and I highly recommend those kits to studio scale purists. That noted, KORBANTH’s model kit was made to stand on it’s own merits as well. Patterned by famed artist Alfred Wong, and cast by industry artist Mark Worley for KORBANTH, this Y-Wing turned out fantastic! So much so that I personally purchased three of them! I must admit that I had concerns initially that another Y-Wing kit was being offered. I had the same questions that many most likely have going through their own heads. As I stated before, I have had quite a few studio scale Y-Wing replicas come through here, and I know the proper shape very well. The Y-Wing head shape makes a huge difference in the ‘look’ we all fell in love with. I had seen many smaller kits make an attempt, with most being challenged in that ‘head’ shape. I am happy to state that Alfred got it right… and with the body being slightly different in details, this should be a great build for anyone that is used to building resin kits. I have a photo of the KORBANTH Y-Wing head next to that of a studio scale replica Y-Wing head that was built from the before mentioned great studio scale Kit Maker’s kit nearly 15 years ago. It seems my phone camera distorts the shapes a bit when so closely photographed. Aside from actual detail, know that they are nearly identical in shape. The rest of the body is extremely detailed. Even the T-Rods are included for the Engine extensions. Mark Worley took note of how flimsy most T-Rod is, and so he made some more “heavy duty” versions just for these kits that have metal in them that will strengthen them from any sagging, or twisting that we see on some Y-Wings. As I stated, the detail is amazing, the casts are crisp, with only a few noted tiny bubbles that you can see in the photos below. Y-Wing ‘piping’ has always been the artist’s joy to do, and that continues with this kit. The Rebel Pilot is the standard X-Wing Pilot that has been around since the days of ICONS. It is fitting since Mark Worley was one of ICONS main people. I guess the question for anyone is “Are you up for building a Y-Wing that will be your own?” For me it was a resounding YES! I love creative adventures. Korbanth has done great work here giving a quality alternative to studio scale that keeps the main shape we all love, and makes every build unique. Is this for studio scale enthusiasts? Being mostly one myself, I would say only if they wish to make their own build of a design that is fantastic… and one that may sit along side a studio scale replica. Will this not make everyone ask.. “Where is THAT Y-Wing from?!!”. I personally like that one of these can sit on it’s own. Knowing Alfred’s creative nature… and Korbanth’s business sense to not step on toe’s of Kit Makers that helped forge this art form, I am not surprised of the differences that make up this kit. I can say without a doubt….just as I always have been excited to get the studio scale replica kits going…. I am also excited to get these 1/24 kits on a bench. Of course Blue Screen will follow once they are completed.
Great job to all involved. I have kept the photos below in their full size for a close-up look. What you see is what you get! Excellent work!
Kurt Kuhn
Kuhn Global Incorporated
Modelers Miniatures & Magic 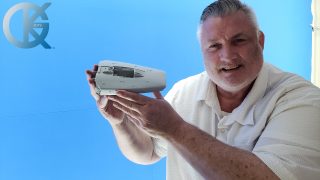 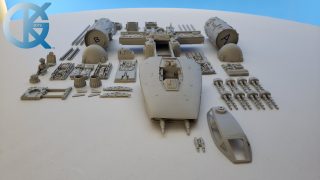 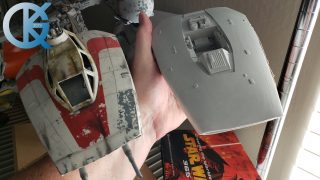 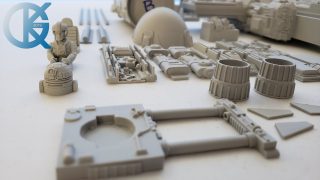 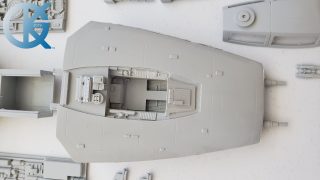 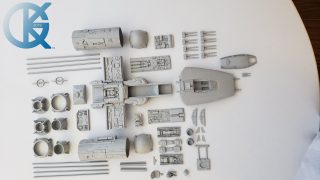 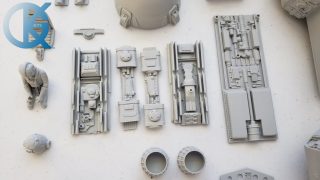 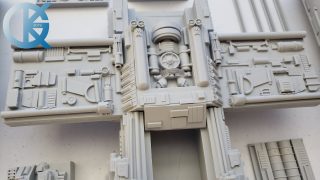 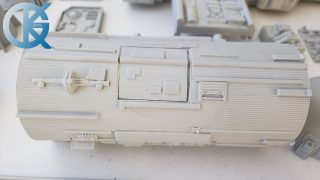 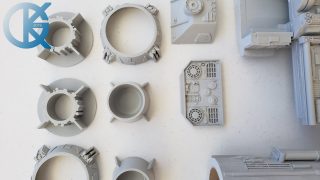 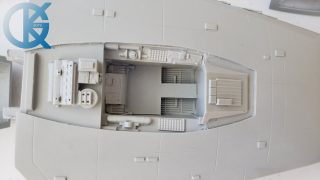 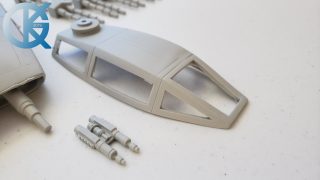 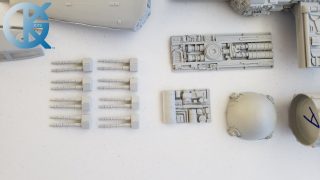 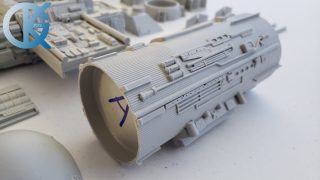 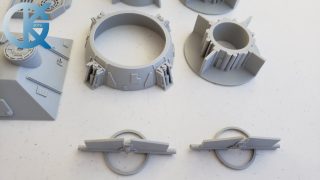 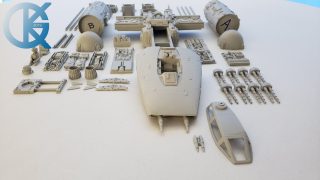 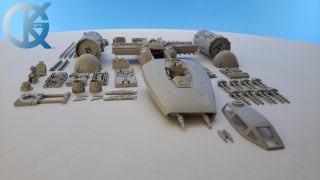 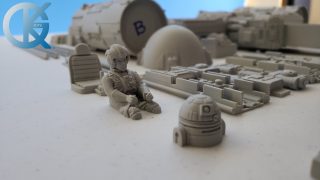