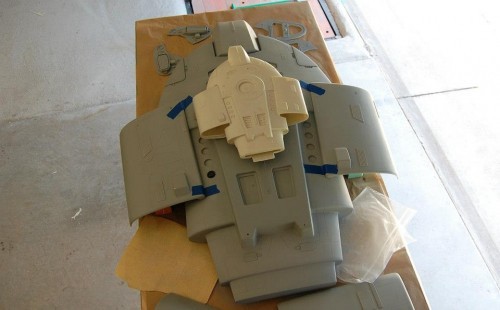 U.S.S. Defiant Studio Scale Replica. Designed specifically to fight the Borg, the Defiant is a pure Warship. Designed only to fight, she had Spartan accommodations, was over powered and over armored, to the point she nearly shook herself apart on an early full power test of her engines. She has the weapons and power of a vessel 5 times her size. This replica is the same size as the studio model at 37″ long. Years of research went into refining its shape, and tracking down the original kit bash parts. The kit is a mixed media of a fiberglass main body, with resin nacelles and detail parts. Deflector and rear nacelle grills will be the actual material used on the studio model. 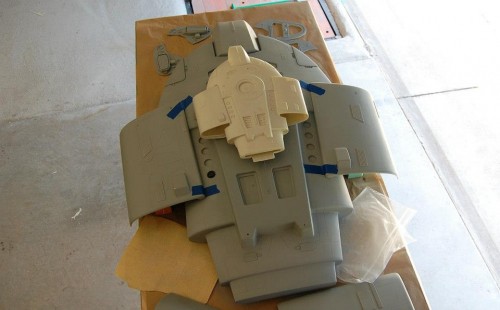 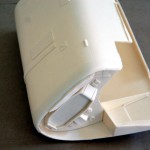 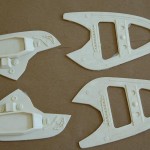 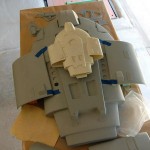 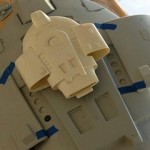 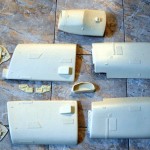 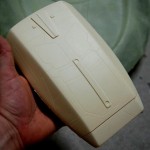 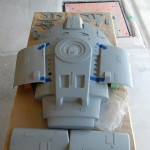 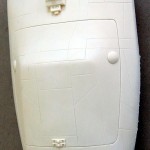 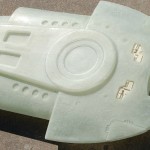 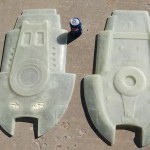 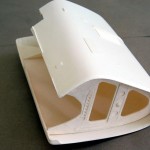 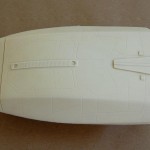 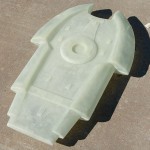 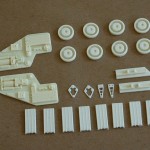 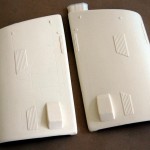 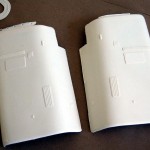 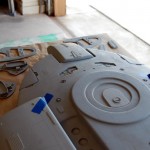 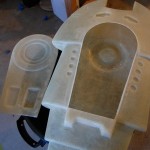 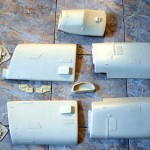 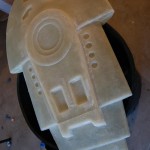 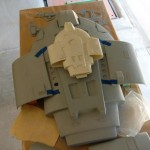