This beautiful display of an Elasmosaurus was built from an Horizon’s kit, with the coral base made by the hands of artist Ray Lawson II. I love the way he makes these beasts of old Earth come alive.

Here is the first of four dioramas that I am currently restoring of dinosaurs in their natural habitat. Starting with Horizons Elasmosaurus, this fella tops out at around a foot tall as mounted! I have seen many of these kits where people have cut them in half and had them breaching, but I wanted to use the whole kit , so I collected odd shaped pieces of coral (the white and red piece mounted at the front of the base my sister brought back from Puerto Rico for me) so depicting this undersea creature to be actually under the sea took a while to get together. The details were left to my imagination (note the dried seahorses and star fish). The sand base itself is beach sand mixed with a mixture of white glue and water, then drained and drying to almost rock like appearance. I didn’t use gloss paints so all the details could be seen of the kit. The “sea anemone’s you see sticking out various areas on the “coral reef” are cut nylon brush bristles that were dry brushed pink. I also use this diorama to display the only fossil I own a three inch fossilized Shark Megalodon tooth that was found towards the coast of Georgia. 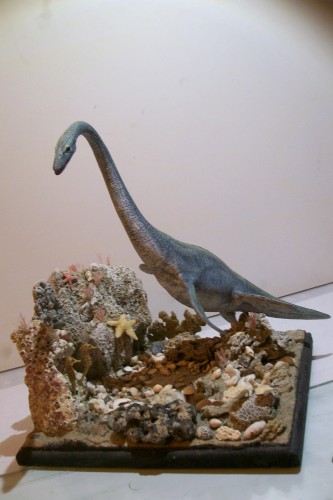 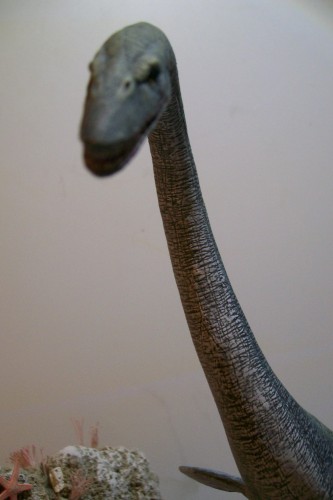 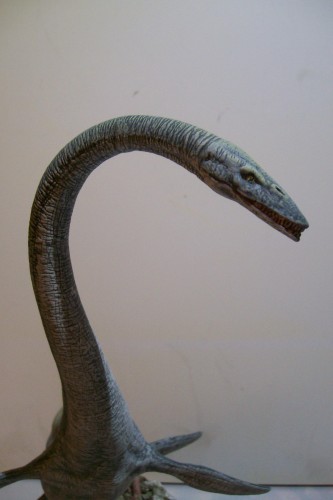 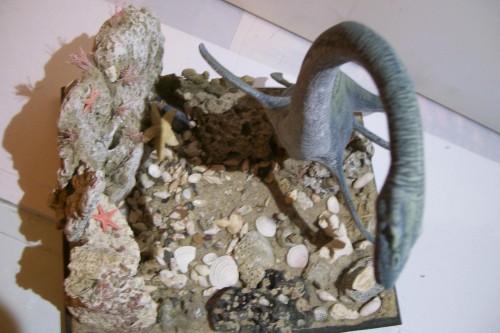 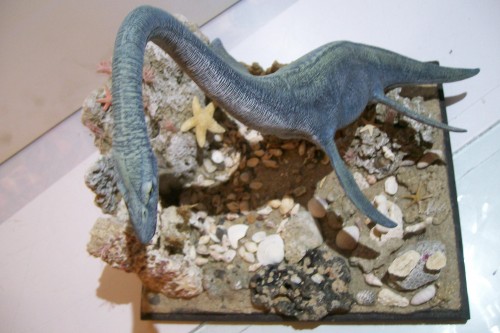 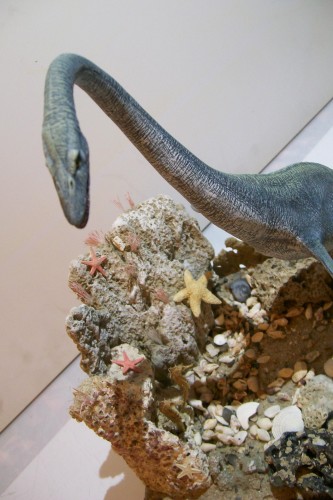 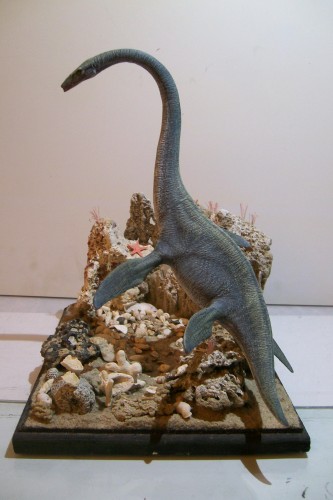 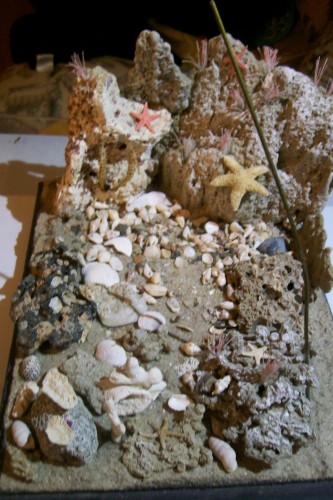 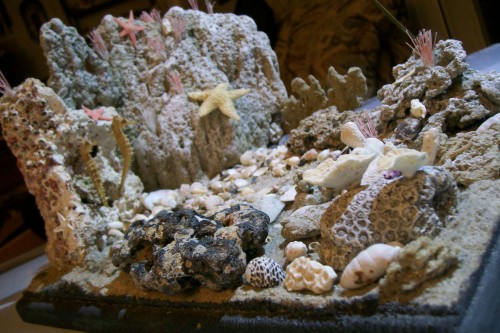 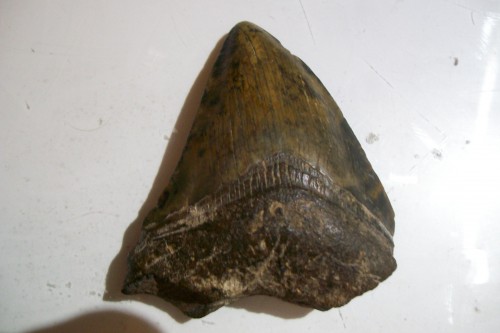