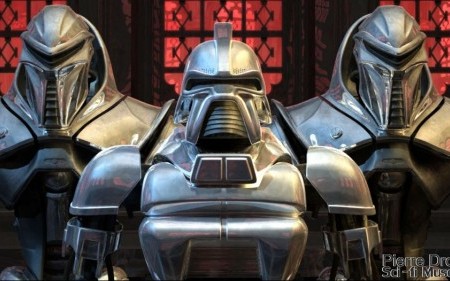 Vintage Cylon Centurion
I was pretty excited when Gary Hutzel asked me to build and redesign the original Cylon Centurion for Razor. Once again my goal was not to reinvent the wheel but create something that a BSG fan like myself would like to see. In the original BSG TV series it was obvious that the Cylon was a man in a robot costume. The new redesigned Cylon Centurion was a full CGI 3D model, and this time the MAN in the robot costume was replaced by a metal skeleton frame and hydraulic pipes. I also wanted to give him an imposing 6’5” tall and menacing looking by keeping iconic features distinctive of the Cylon Centurion. But this Centurion was not complete until I found a way to incorporate his sword. I came up with the idea of the sword over his forearm for the purpose of using it in the sky diving sequence with the young Adama. I transformed his shiny waist belt into a magazine metal pouch.

Cylon Centurion
I heard from a good source that the Cylon Centurion robot almost didn’t make it for the TV show. At that time, the visual effects department at Zoic had to fight to include the robotic Cylon in the BSG pilot episode. The top executives didn’t want any Cylon robots for whatever reason on the new BSG. The Cylon Centurion new design was pretty badass looking but Gary wanted to beef it up a bit, specially around the pelvis area, and bring back the gyro ball on his chest. Rebuilding this 3D model made me feel uncomfortable because I was sitting about seven feet from my coworker, and friend Jesse Toves, who built the Cylon Centurion a few years earlier. Jesse is one of the most talented artist I know. He is responsible for all the awesome Cylon Centurion animations of the second half season of BSG and for the Caprica U-87. Jesse did an amazing job on the 3D model. When you look at the 2D design and compare it to the 3D model Jesse worked on they look identical. 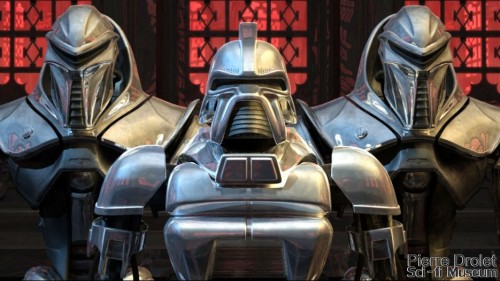 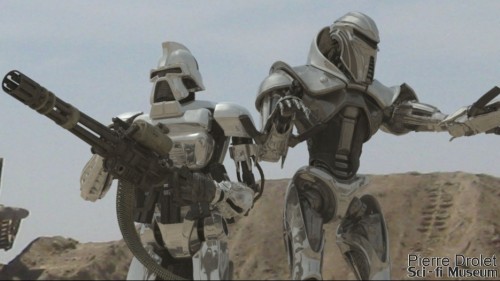 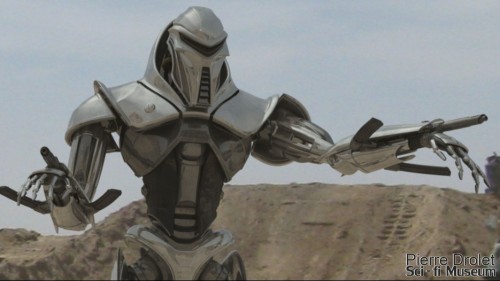 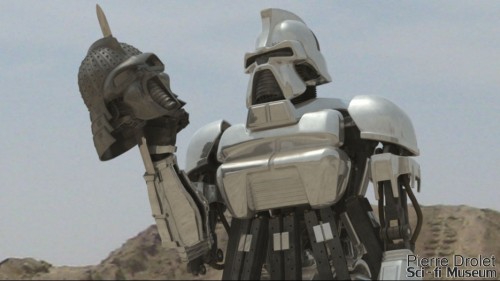 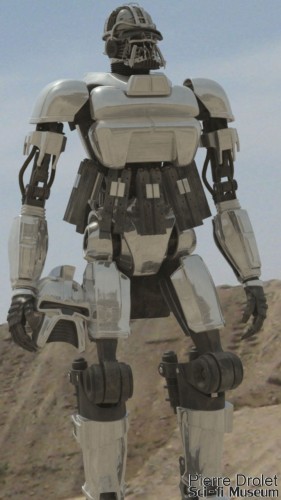 To view more on this piece, click the VIEW MORE Button Link below…