CE3K “Puck” by Stephen Kundrat for the Karl Southcott Collection

Close Encounters of the Third Kind was one of those fantastic films that inspired the ways of film making today! Stephen Kundrat did a magnificent job in creating one of the aliens seen toward the ending of that film… “Puck”. It is speculated that “Puck” was Richard Dreyfuss’s character transformed for space travel… especially after Steven Spielberg released his “Director’s Cut” showing Dreyfuss getting some sort of shining light showered upon him from within the alien vessel just before “Puck” emerges from the ship to signal Francois Truffaut the infamous sign language for the 5 musical notes we all know so well from the film. My babble of the film aside…. THIS sculpt of “Puck” is fantastic… and graces the Karl Southcott Collection. 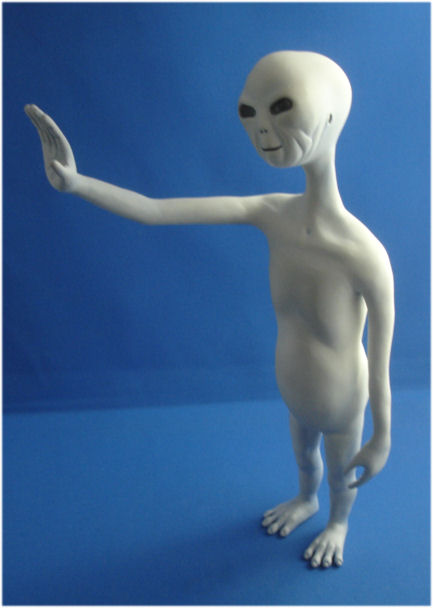 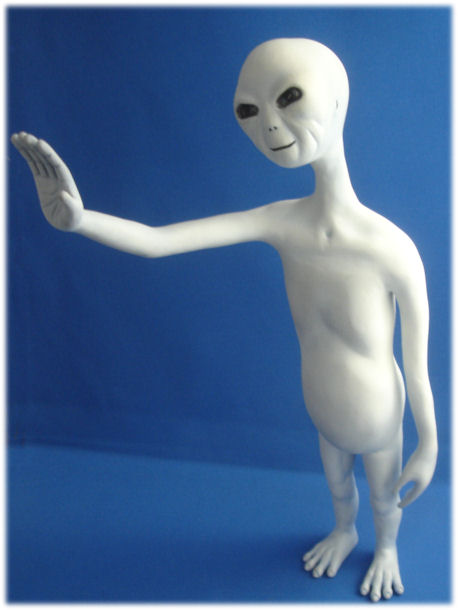