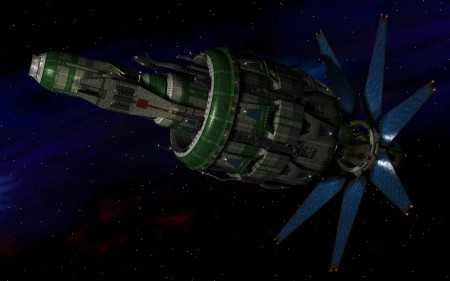 I have the great pleasure of introducing artist Christine Guinn to this Gallery. Her work on this Babylon 4 Station is absolutely stunning! Though she no longer is involved in the creative aspects of this art form, I am looking forward to showing the works she did before her profession move. This is fantastic!

My name is Christine Guinn.

I started doing Lightwave CGI way back in the mid to late 90’s when Babylon 5 was still in it’s original production run.

There used to be a rather large group of us that would collaborate online and build models of the ships, station and other items from the show.

During that time, I did a few models like the Vree saucer, the Minbari Tinashi-Class frigate, and a large set of livery wingart for the Starfury by Mark Kane.

This was probably my greatest contribution, Babylon 4.  As far as I know, there is no other CGI model available on the Internet with this level of detail.

It is fully lighted, (or at least as fully as I feel like doing at this time), and the light blinks are animated along with the counter-rotating hulls.

While this version no longer exactly matches the version that appeared in the “Ship Scales” image online, that’s only because I have made even more improvements to the model since then.

Of course, it just wouldn’t be Babylon 4 without the White Star attached to the hull while stealing Babylon 4 in the past. (The White Star is courtesy of Kier Darby.)

Unfortunately, I no longer do 3D CGI, not from lack of interest, but just lack of time. 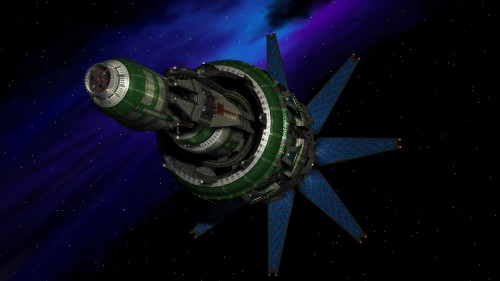 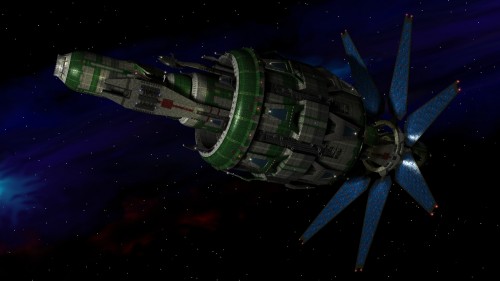 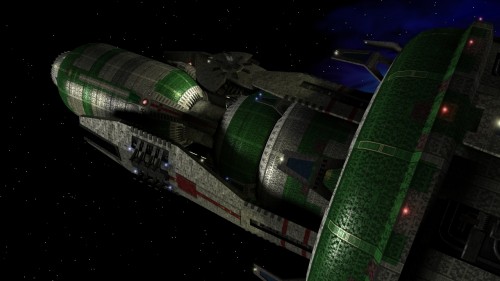 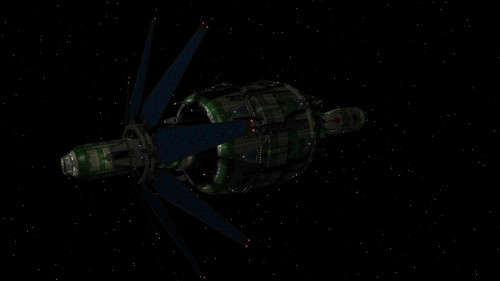 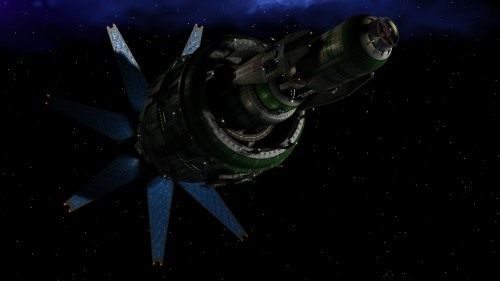 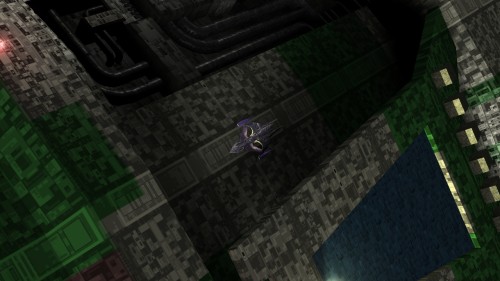