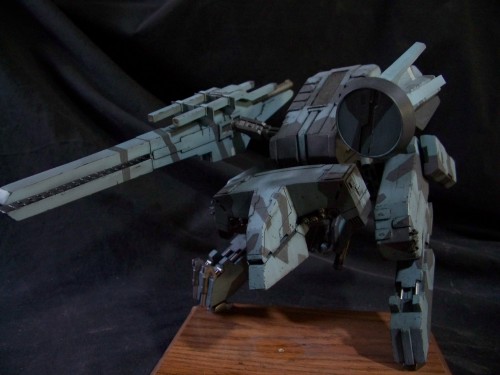 This menacing beast of a model was MASTERED by professional artist Sean Brannin. Using his usual excellent skills, he brought this Metal Gear piece to life! Another beautiful build by Sean Brannin!

My first kit master. These pics are of the first pop from the molds. Valkyrie did an awesome job casting it. This one took me a while to master. 1 was because of my inexperience mastering things. 2 it was originally built as a one off for the legs contest and had to be completely ripped, stripped, and rebuilt to become a master. 3 Lack of good references. No 2 reference sources for it matched. I finally resorted to the game line art and even that didnt always jive with itself. The best thing is valkyrie will be taking copies to Wonderfest in Kentucky. Look for them at the Starship modeler table in the 120 dollar range. This could change a little due to SSM being the distributor but i was told that the final cost would be around that. This is the ONLY kit of Metal Gear Rex to be made since its initial appearnace in Metal Gear Solid back in 1998!

Sold by the SSM Store, and cast by Valkyrie… this model is outstanding! 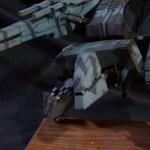 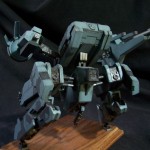 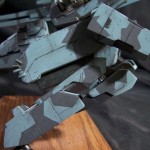 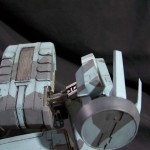 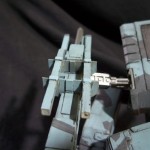 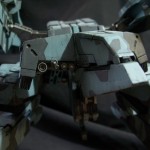 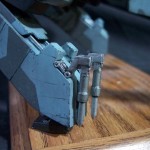 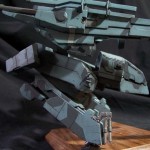 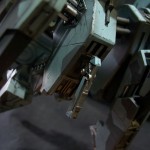 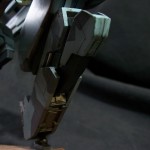 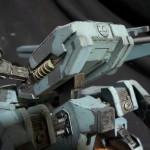 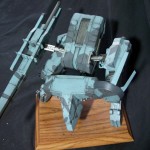 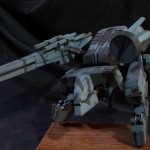