When artist John Elban came aboard as VP in charge of production for QMX… everyone was excited! His fame stemmed from his former ILM works and his own company’s success… The FX Company! Collector’s Michael Plante and Albert Siow bot just received their orders from John Eblan’s shops… Albert’s 1701-A being from the FX Company and Michael’s TMP 1701 Refit being from QMX! We thought we would show the two together to show the fantastic quality that one can expect from QMX with John’s team in place. FANTASTIC!!! I wish to thank Michael and Albert for allowing us to show the two together in comparison. 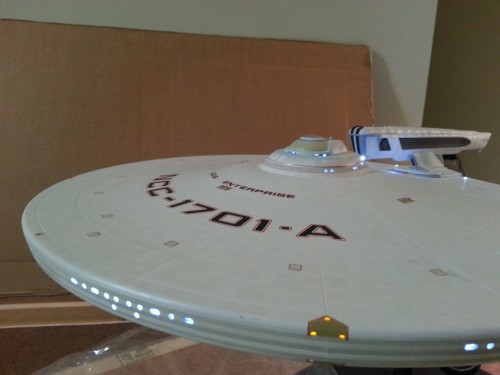 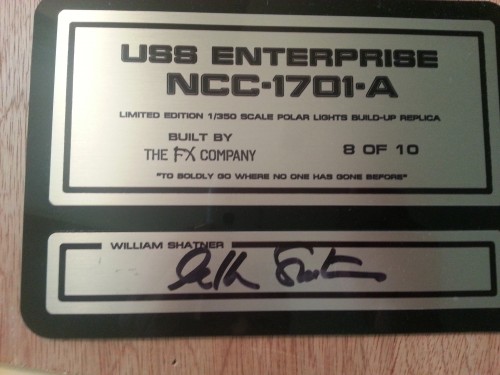 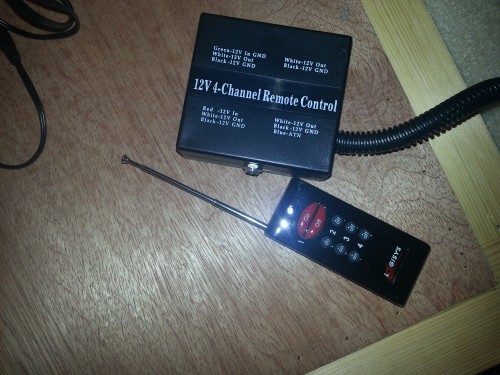 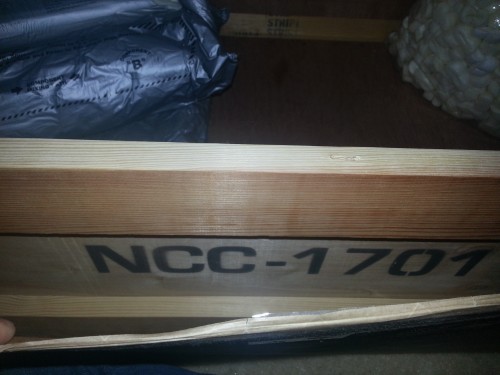 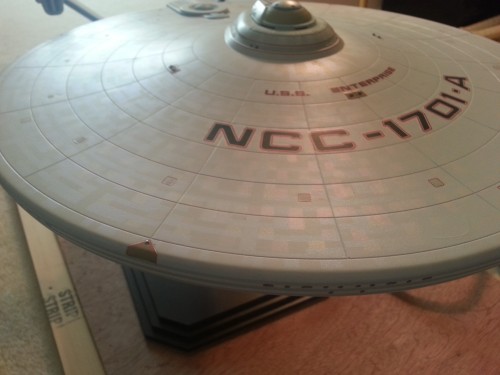 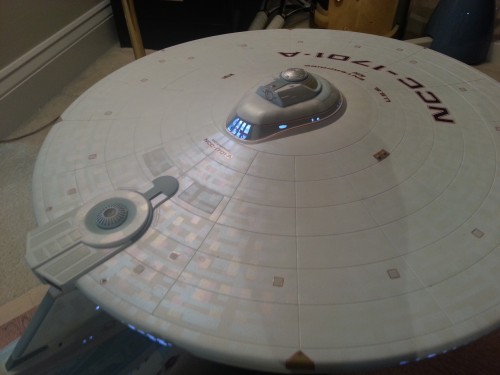 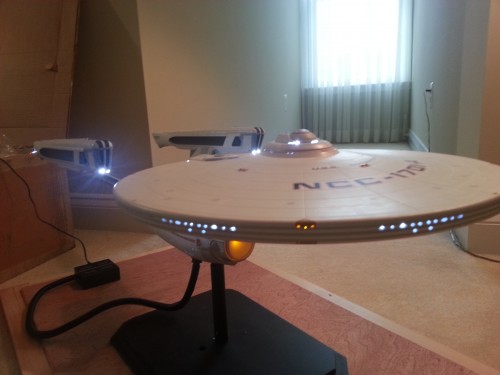 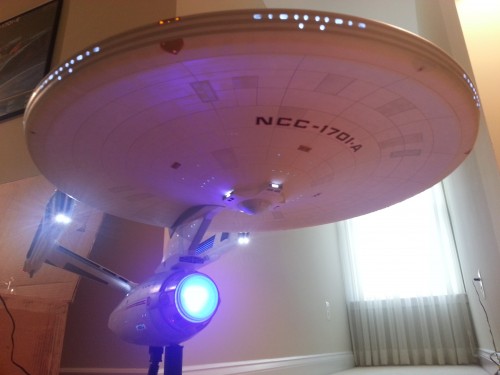 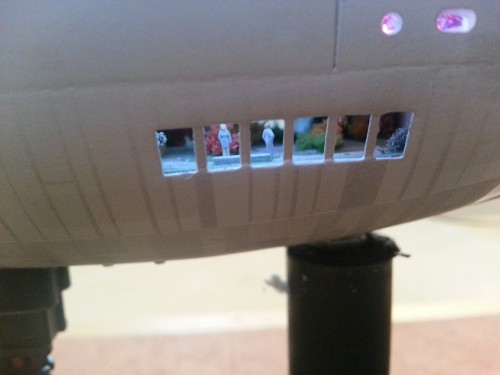 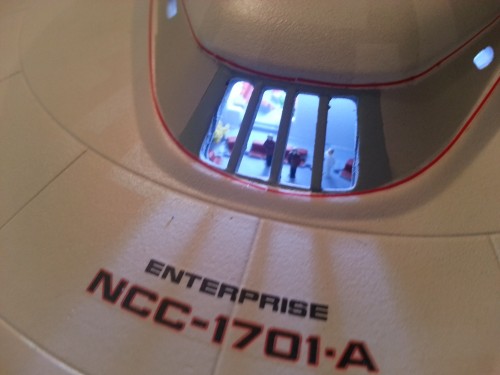 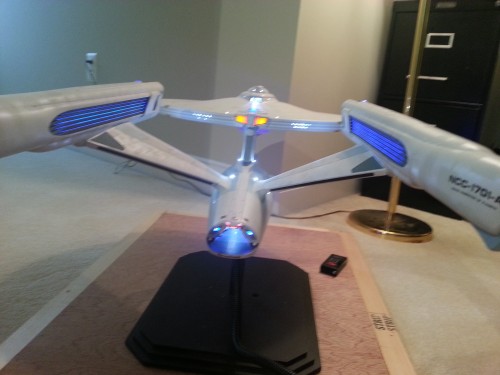 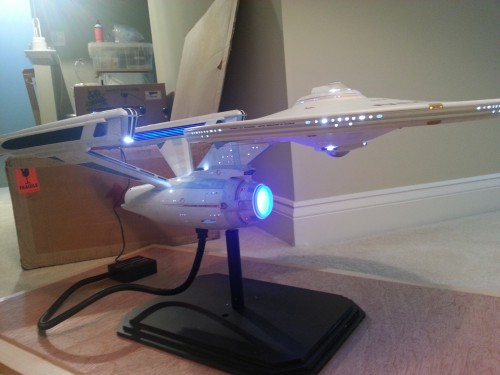 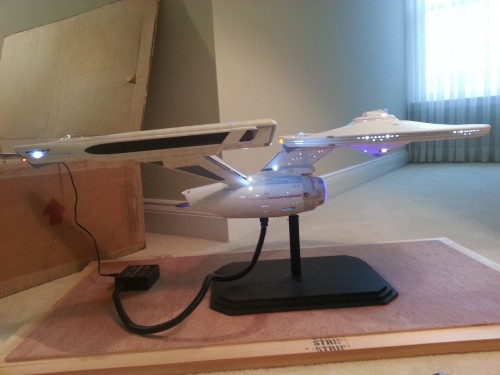 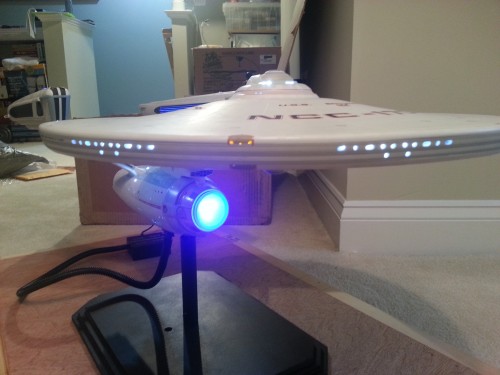 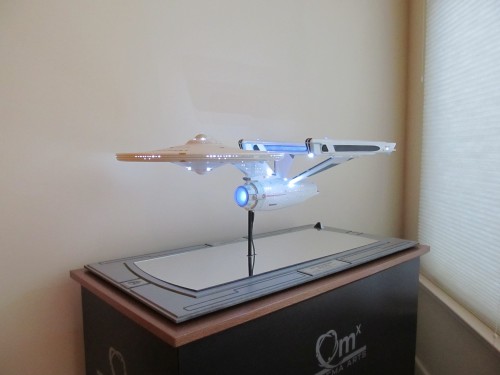 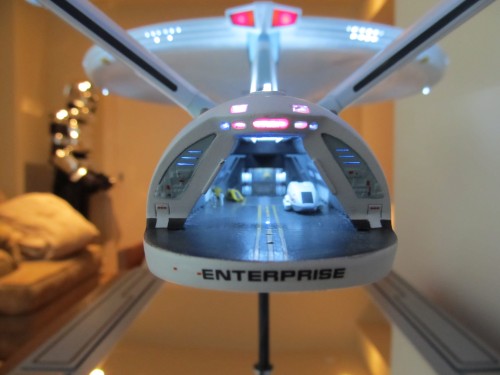 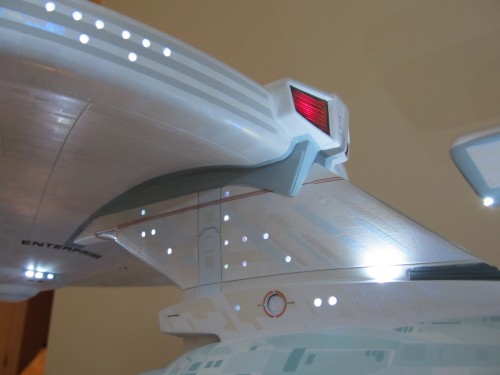 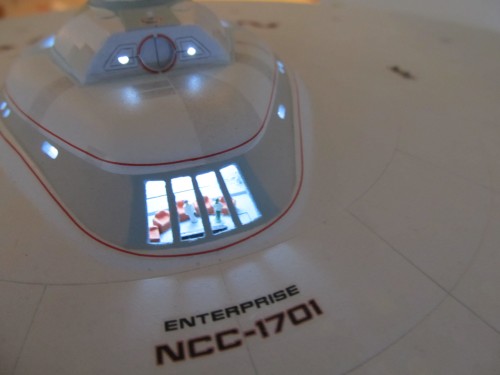 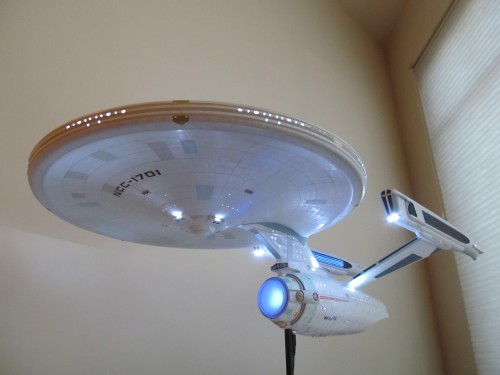 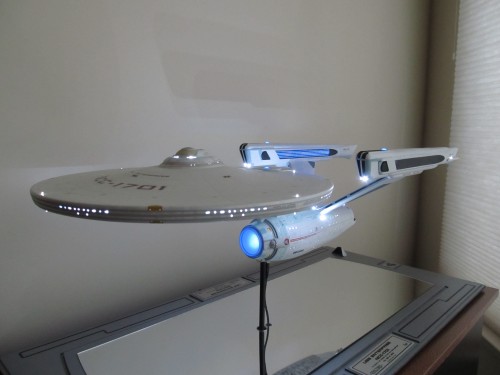 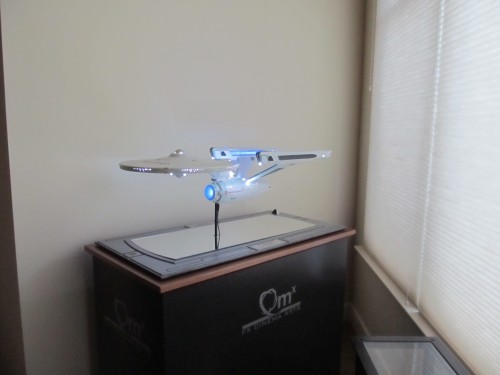 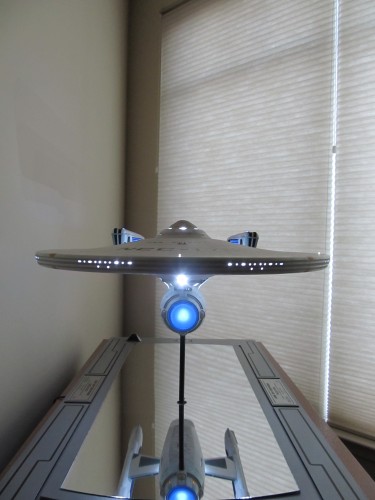 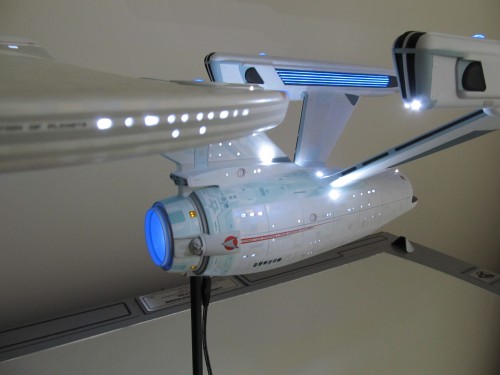 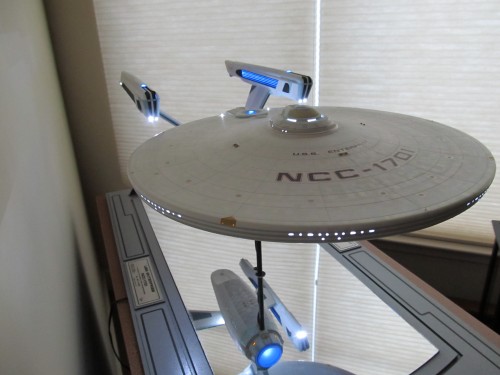 Both Collectors have some BEAUTIFUL pieces!

Yes… Michael had QMX build him the extremely fantastic base!

I am jealous! LOL.

To order your own 1701 Refit…. or any Star Trek Model… CONTACT QMX!