Here is another fantastic creation from modeler Gary Wallace. It is an older piece, but definitely shows Gary’s amazing ability to create these truly fantastic designs! I love them!

Here are a few words from Gary…

This was actually my first bash design and was to be used in an FASA party(and it KICKED everyone butt!!) The Mareln has been damaged but I will start work on her as soon as I get the “Big MO” fixed.  To start out with I’ll use the U.S.S. MARELN, NCC-1061, Wallace class. This was built as a direct result of Wolf 359, the green hull plating is a Fed. / Romulan joint effort of highly resistant secondary armor. On each “wingtip” is a prototype Mega-phaser powered directly from one of the 2 warp cores with 180 degree firing ark(fwrd to aft). In addition to 4 photon launcher both Frwd/aft, 2 detachable automated photon pods(located on either side of the main bridge) loaded with 500 (? a logical # or to few??) torpedoes or 300 of the newer phase-lock torpedoes(a larger housing with 6-8 warheads using phase tech gathered from the failed Pegasus project).The MARELN is powered by 2 modified warp cores used in a redundant loop for all system requirements. Later advancements include tech obtained by the Cytherians to increase shield power over 500%.  collapsing warp bubbles to envelope  and phase targets into nothingness.The last major anti-Borg weapon to be heavily modified for use on the MARELN was 1st used on 1701-D. The modulating high EM distributor is built for multiple firings without damage or burn out to the emitter. Heavier shielding protects the crew and ship areas from the staggering amounts of radiation by the emitter. 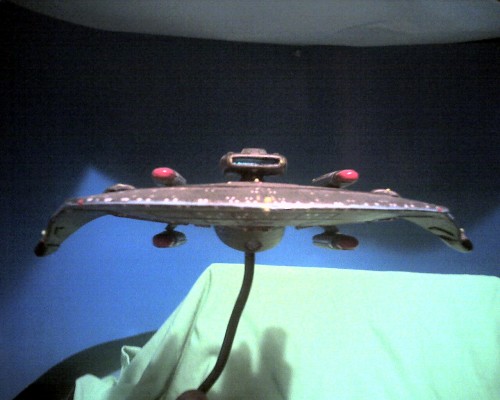 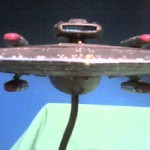 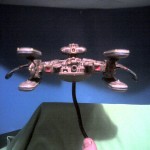 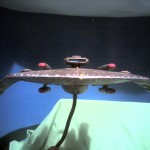 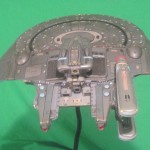 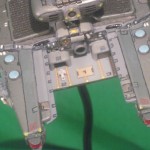 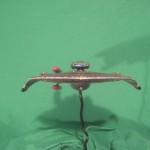