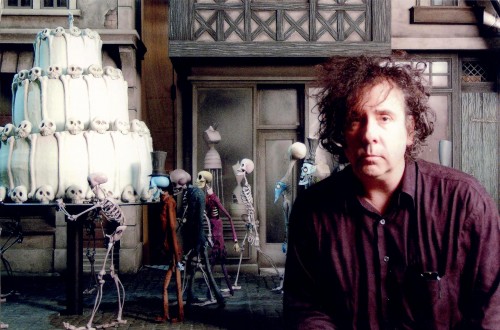 Tim Burton is looking to re-interpret ‘Sleeping Beauty’ into a new story.

The director would like to put a twist on the fairy tale – about a sleeping princess rescued and awoken by a handsome prince – by telling it from the perspective of the film’s villain, Maleficent.

Within the tale, Maleficent – the self-proclaimed ‘Mistress of Evil’ – curses the infant Princess Aurora, the story’s protagonist, to prick her finger on the spindle of a spinning wheel and fall eternally asleep before the sun sets on her sixteenth birthday.

It is likely that the film will include some 3-D effects, as ‘Sweeney Todd’ director Tim has recently said he’d like to incorporate the futuristic technology into his future projects.

He said: “I like the 3-D aspect of it, I think it fits the material very well, and it doesn’t give me a headache like it used to.

“I think it’s good for anything. There are other uses than having spears stuck into your face – I think there are more visceral, emotional uses, especially if you use lots of textures.”

The director has recently finished remaking another children’s classic, ‘Alice In Wonderland’, into a half-live-action and half animated movie which is due for release on March 5 in Europe.