This outstanding piece reminds me of yesterday’s special effects from the science fiction movies some of us grew up with! Master modeler Steve Jurgens recreated this look precisely bringing memories flooding back to many… including myself! The mountain range matte painting is perfection as is the light positioning for shadow effect! The models are top notch and the diorama scene is simply memorable! A fantastic piece from professional modeler Steve Jurgens! I look forward to showing more of Mr. Jurgens works on the Gallery!

Steve has a back story to this scene that is quite fascinating! Here it is…

This diorama was built over the course of a year after construction on the Glencoe Mars Liner kit and my scratch-bashed MARRV spaceplane were completed. I’m big into 50’s-60’s pulp science fiction anjd both of these ships have that retro feel to them so, of course, I couldn’t resist the idea of creating a scene reminiscent of all those great pulp sci-fi magazine covers of the past.
This scene depicts an emergency landing by the aptly named TWA Mars Liner “Solar Flare” in the deserts of Mars south of the Olmpus Mons escarpment seen rising to a height of almost 4 miles in the distance. The ship has narrowly avoided disaster within the asteroid belt brought on by a sudden solar storm which burned out it’s guidance system.
Thanks to a quick response from the United States Space Patrol, the liner’s crew and passengers were saved by the newly commisioned MARRV (Mars Advanced Rapid Response Vehicle) spaceplane piloted by the legendary space ace, Captain Horatio Barnes. It stands nearby after grappling on and towing the liner out of harm’s way.
As Barnes exits his ship and prepares to make a quick repair to the liner’s skin with his portable gamma welder, he sees the pilot of the liner, Major John “Jack” Mason, approaching; over his helmet radio he hears him say sarcastically “Thanks for saving the day but your grappler dented my ship !” Mason, grinning, points to a small dimpled hole in the side of the liner. Mildly amused, Barnes flips the power switch on the welder; it quickly hums to life, although in the thin atmoshere of Mars, no one can actually hear it.
Smiling he glances up and says “Oh now you know that that wasn’t me Jack. Remember that little asteroid I blasted with my laser cannon near your ship ? You must’ve caught a fragment from the explosion. But don’t worry, she’ll be good as new when I’m done.”
True to his word, within minutes he has the hole sealed with a fine tuned beam from the welder.
Meanwhile, co-pilot Anna Voltaire descends the ladder from the spaceliner with a tool box for Captain Barnes’  return flight. Inside she’s packed a few snacks from the ship’s galley as a gesture of thanks for a job well done.
As she steps off the ladder the view of Olympus Mons looming majestically in the distance catches her eye.”Amazing” she breathes as the insignificance of their small forms against such a backdrop hits home “how beautiful it is out here…sort of takes your breath away…”
Steve Jurgens 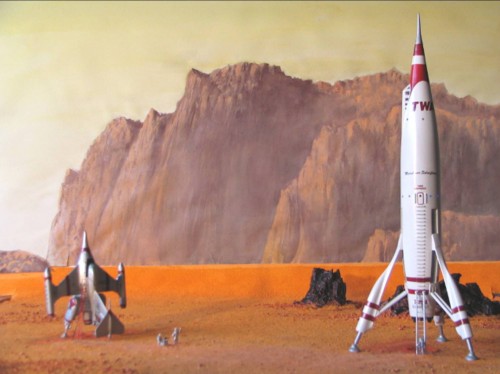 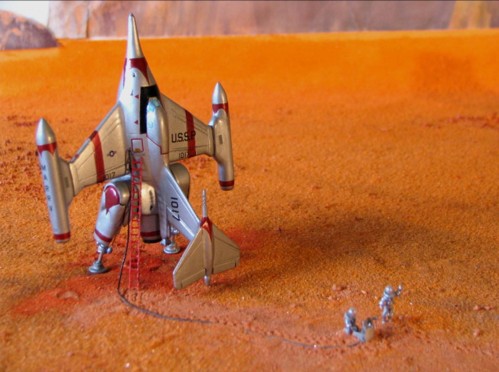 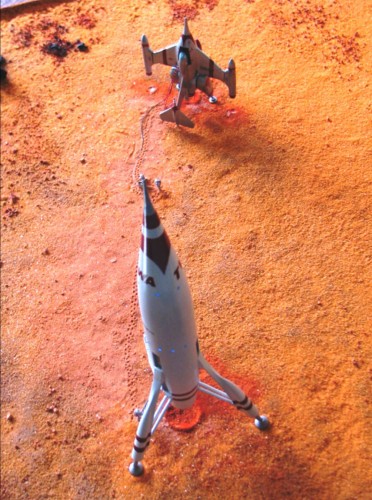 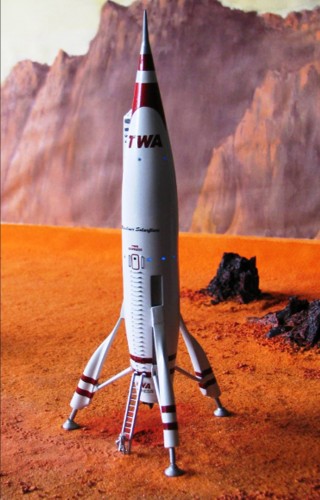 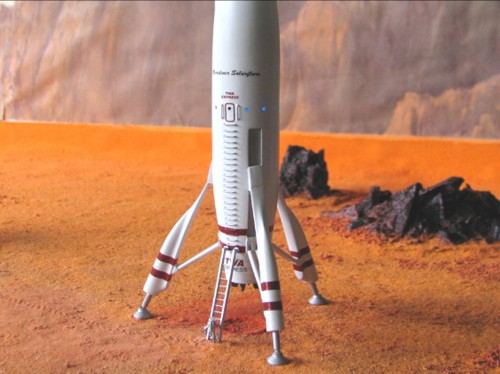 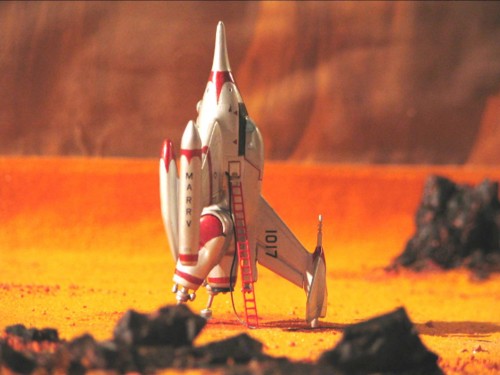 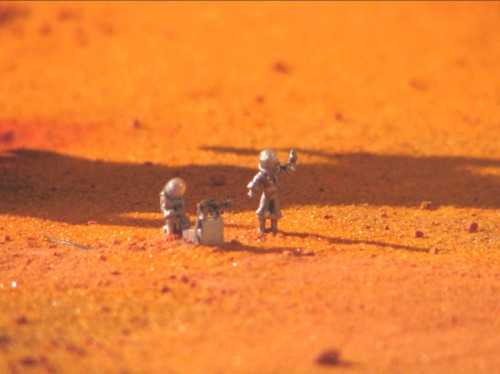 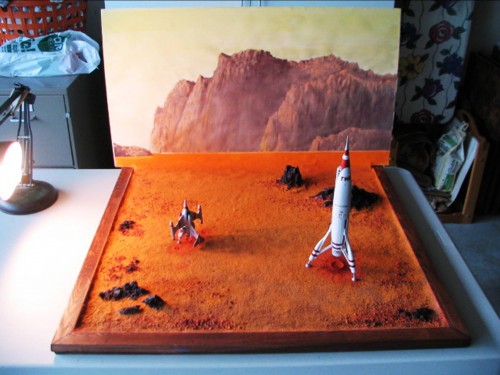