Once again having witnessed the process of this Kit’s creation through the fantastic talents of artist Alfred Wong, I was able to view the actual master patterns he made before they went to KORBANTH for cast and kit production. They are beautiful. So much so that I asked Randy Johnson of KORBANTH to place me on the list for one even before they went into rubber. Now, just a few days after it’s public release… I am pleased to share with you today the fantastic kit I received that KORBANTH released. A young artist named Joey Mathews came by to assist in a few things I have in works here, and I was pleased to include him in a photo of this brief review. Like the patterns before it, this kit is beautiful! The parts are clean and crisp, with very few parts showing ‘soft’ areas of lines that may need sharpening. Artist Mark Worley did a magnificent job casting them. One question I had on my mind (and thus I know everyone is also wondering) is how those long wings are to remain so straight, and without sag. Never fear…. as the wings were cast with metal in them to strengthen each of them so that no sagging should occur. They look and feel very strong indeed! The detail is top notch and it looks to be the same size as the model on display in both of Disney’s Launch Bay’s in Orlando, Florida and Anaheim, California…. in the USA. As I view this… the parts for the interior and newly made are still coming. When acquiring the patterns (which were initially commissioned from another kit maker) those interior parts did not come along with the rest of what would be utilized for this kit, so Alfred was tasked to make them for this kit. They are being cast currently for my own kit and shall be delivered shortly. Never the less… this kit is outstanding… and very worth acquiring. Great job to all involved. 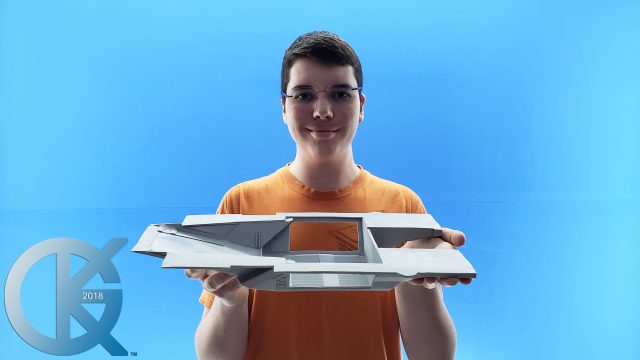 ABOVE: Aspiring young artist Joey Mathews holding the Bottom Hull of the Kit. 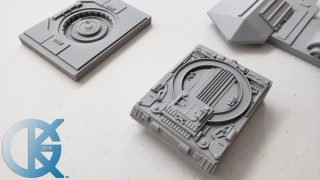 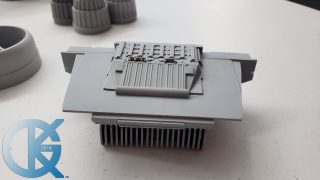 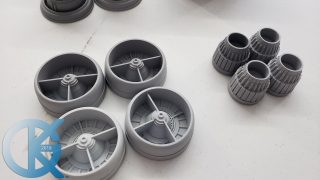 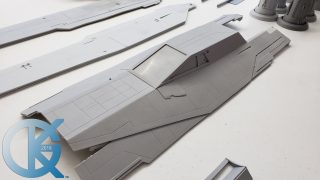 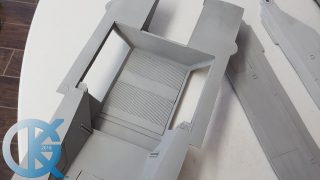 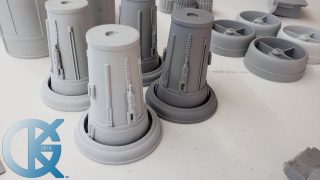 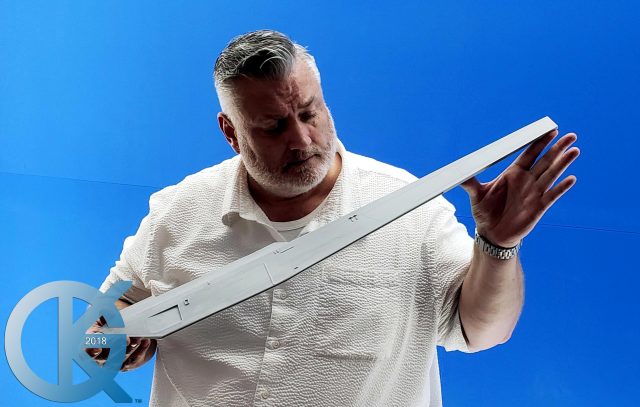 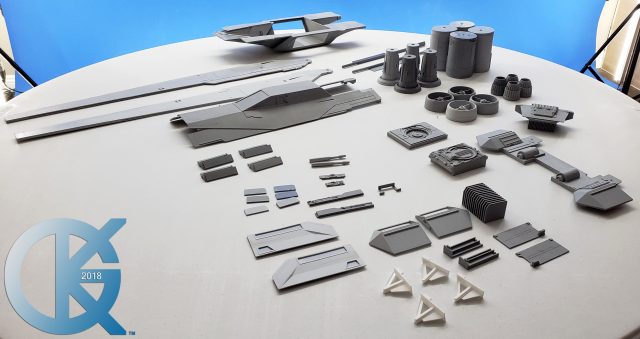