Skimming across the outer layer of atmosphere from the unknown planet below, the Armed Klingon Recon Patrol, IKS “Intruder” D7, the IKS Cha’Luch D117 and the IKS Chang D7M Cruiser encounter an unexpected attack…… from the planet surface!!! If they want WAR…. they shall receive WAR!… thinks all three Klingon Captain’s as they reposition their vessels to lay waste to the now targeted planet surface!

Using the photos of master sci-fi designer Gary Wallace (NX9117) from his fantastic Klingon designed models…. (Seen HERE & HERE), and a screen grab from Star Trek… I was able to create this piece.

To view this piece in it’s original LARGE size, please click directly on it… 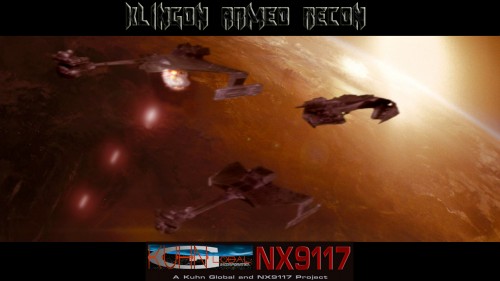