Kit Description and Lineage: This kit is based off the original release from ICONS years ago. Like Captain Cardboard’s original release (starting the studio scale X-Wing craze as he did) this also has direct lineage, through ICONS, back to an original PYRO studio model used in 1977’s Star Wars. This is not the HERO Kit that is sold by MSLZ22 Models (Mike Salzo), and it is not the same as Captain Cardboard’s release either, but a NEWLY CREATED pattern, based on the old ICONS pattern. Artist Mark Worley reworked the ICONS Pattern to be the more prominent version KORBANTH offers here today. And rightly so. Mark was one of ICONS artists when they were in operation. He and other artists, as ICONS closed shop, were actually paid with remaining product that ICONS still had in it’s possession. 20 years later, one of the ICONS artists came across what he was paid, the original X-Wing patterns made by ICONS to release their X-Wing. Mark began on his quest to restore this pattern to be better than the original ICONS released over 20 years ago. Mark re-etched many of the lines, and refurbished the model, then adding more detail that was not known to exist until about 10 years ago. Taking example from what Captain Cardboard achieved in his own re-vamp and release of the studio scale X-Wing, based on the ICONS Pattern, Mark has done so for SithPlanet, in order to bring a small, limited run of this model to eager fans who’ve always wanted one. A model kit that can be directly traced back to an original Star Wars studio model. If you are familiar with the Captain Cardboard release, please know this kit is not it, and this kit is very different in some ways. The wing blocks are part of the wings of this kit, and it can only be built with the wings in their aggressive opened position. As stated, it is it’s own pattern that was based on the original ICONS, and is another option to the studio scale X-Wing collectors out there.

Modeler Magic’s Kurt Kuhn states this of this kit that he himself photographed: “Looking at the crisp casting and detail, there is no doubt this X-Wing has been made to be it’s own from the old ICONS pattern. Additions and new parts especially. I actually own the ICONS X-Wing that Captain Cardboard began his endeavor with, and this is clearly different…. in a great way. It is nice to see this old ‘Pyro’ back again. After all… it was from an original! Mark Worley did great work, and so did KORBANTH for having it…. restored. I believe that is a great word to describe it all. Mark having been part of ICONS helped me realize this entire endeavor was great. Like many would be in this art form, I was concerned at first that it would be a re-pop of the ICONS release that a few known kit makers have done, but it is not. It is beautiful… and now of it’s own pattern. I am so impressed with it that I got one for the collection here, and even gave permission to KORBANTH to quote me.”

Note: Two engine cans are missing in these photos, but will be present in the kits offered. 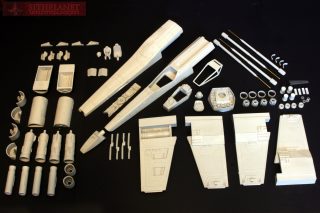 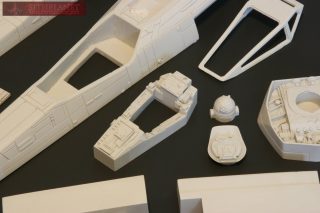 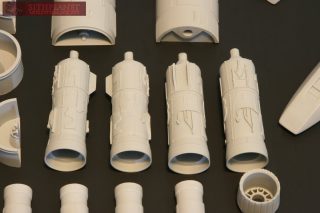 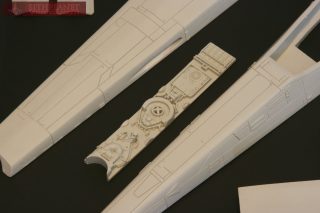 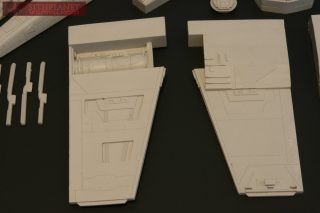 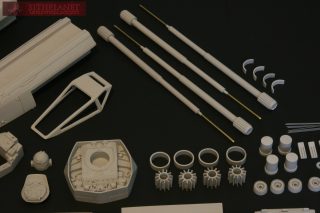 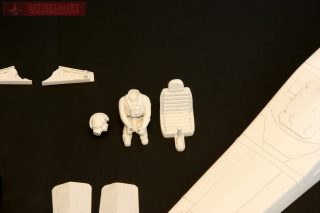 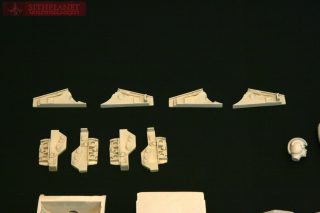 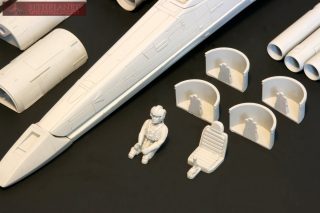 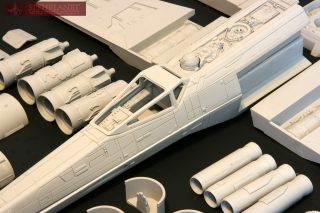 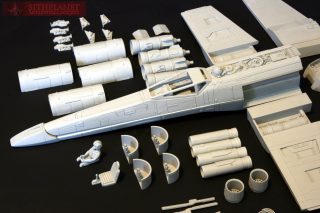 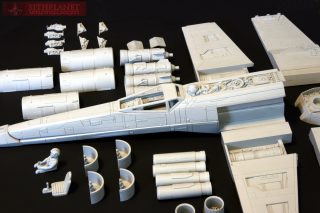 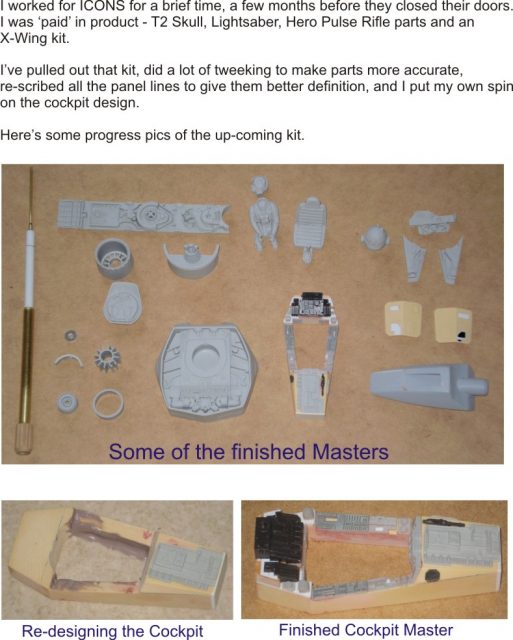 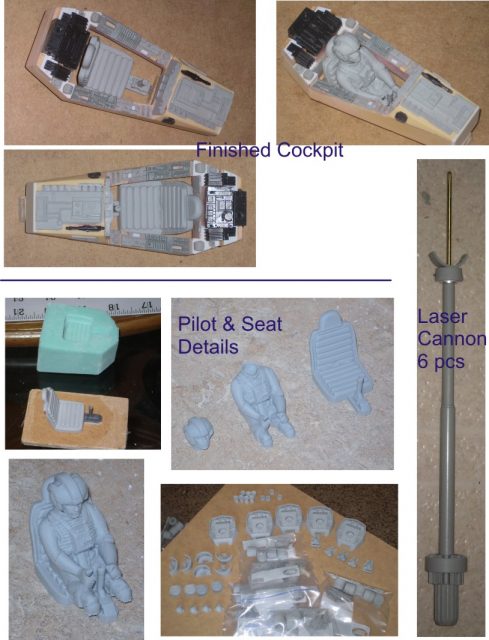 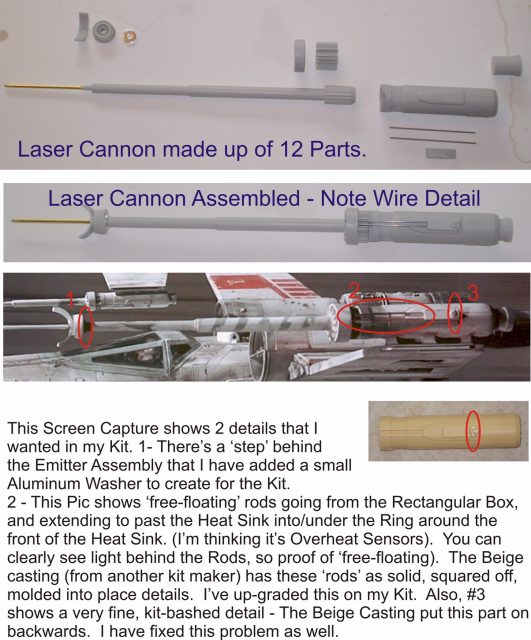 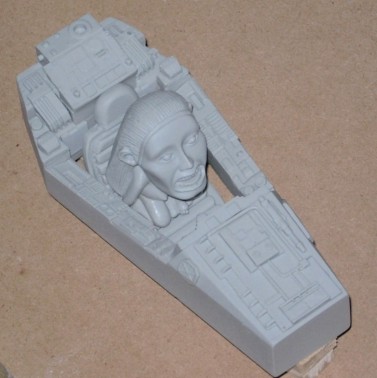