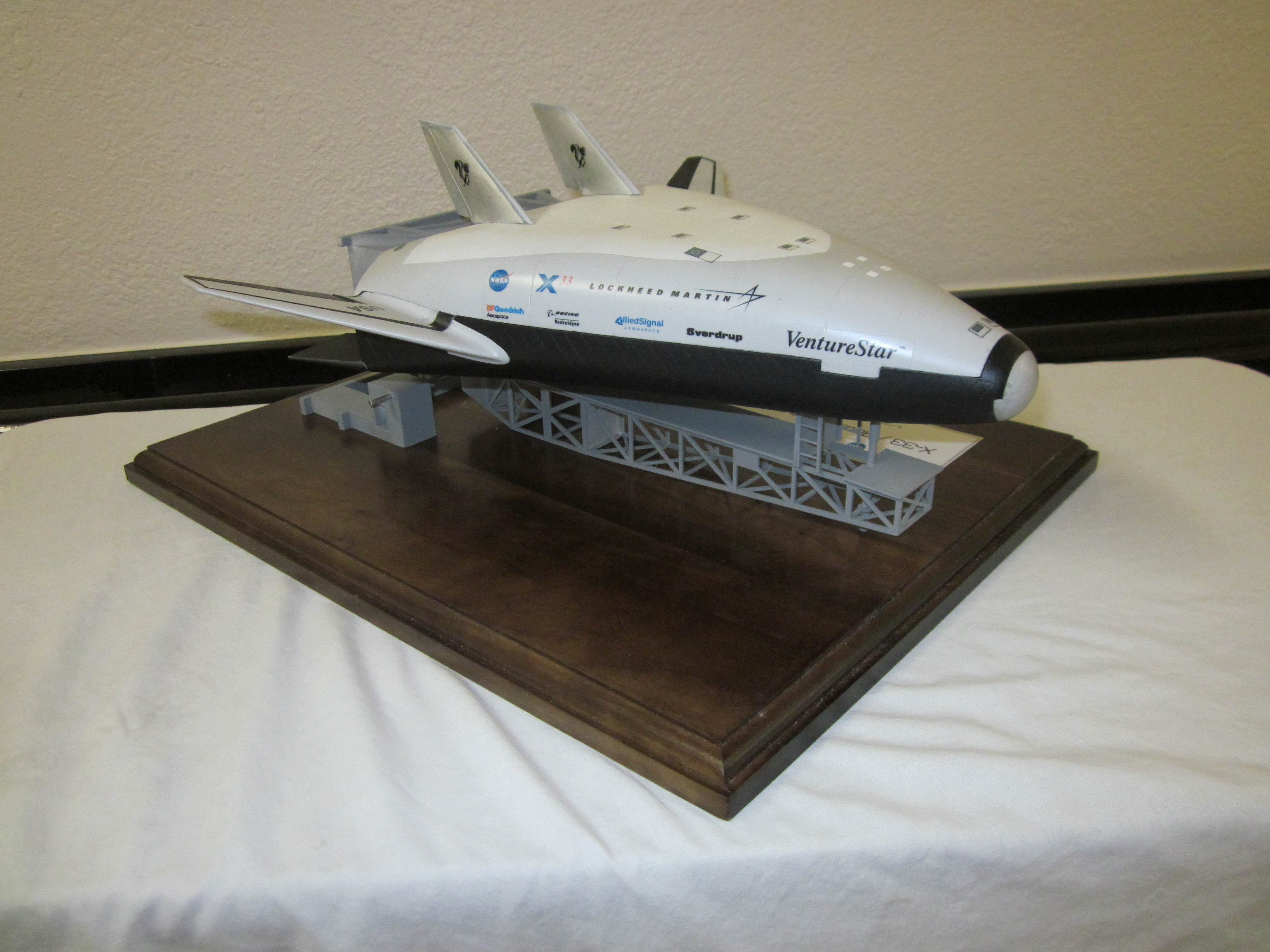 Jonpage started modeling years ago for the Aerospace industry… mainly NASA! We will be showing many of his works beginning with what he did for Fantastic Plastic…

My first project for NASA was the X-33. Lockheed Martin won the design competition and it was being built at Plant 42 in Palmdale by LM’s Skunkworks. They did print out drawings for the model but it was easier for them to give me the CAD data. It was also my first experience with 3D CAD modeling. Of course I couldn’t afford a multi-million dollar program like they had so I had to find a cheaper alternative quick. Fortunately I met a guy who had Rhino 3D, an inexpensive but perfect program for models. I taught myself just enough to have my tooling masters built using a relatively new technology of stereolithography.

The STL models were very accurate and I hand engraved all the TPS lines and details. The models were well received and that contract led to more work on other NASA projects. Unfortunately in December ’05 I was disabled and had to close my studio called Retro Rocket. Since then I’ve been stranded in a nursing home in Ontario, Ca. To keep sane I still build models but it’s tough since I have 80 sq. ft. of living space, no shop tools, minimal everything.

Everything starts with an accurate CAD model, either supplied or created by me. Then I’ll have parts built using different Rapid Prototyping processes and my talented group of subcontractors. This model is a 1/72nd version of the X-33 I mastered for Fantastic Plastic. I scribed in all the lines and details just like the contract models for NASA. Although the original idea was to have the Rotating Launch Mount in the kit it was too expensive. For this model I printed out my own RLM and mounted it on the wood base. I had the parts done at Shapeways and if anyone wants to do the same I’ll put them up so they can be ordered. 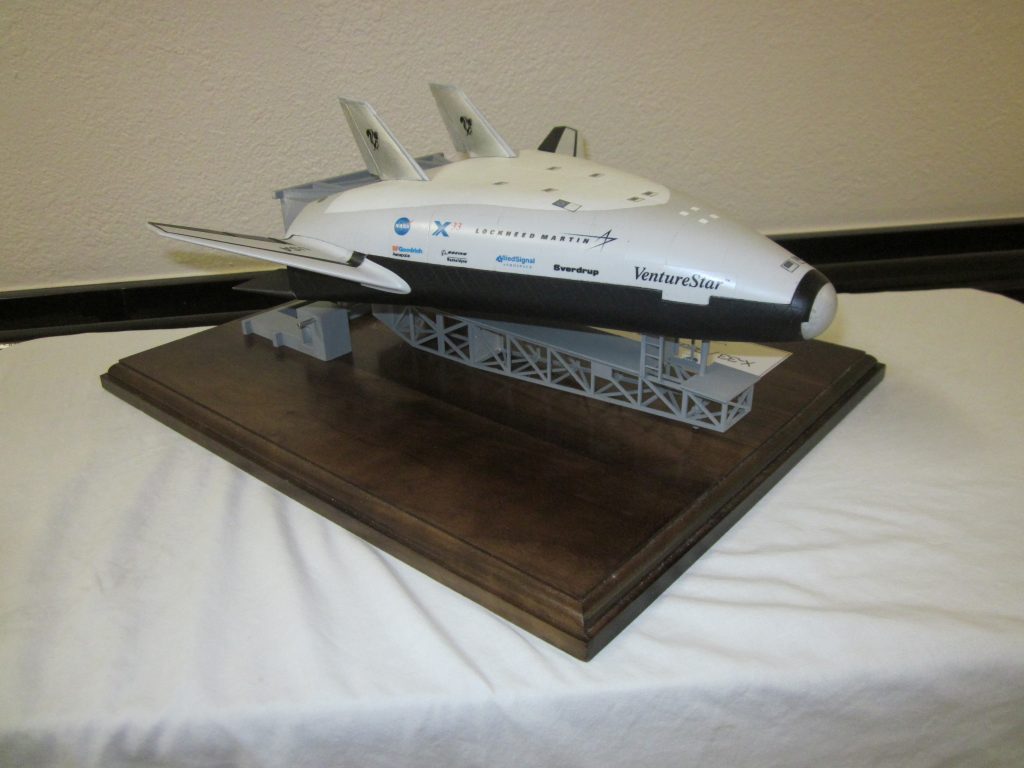 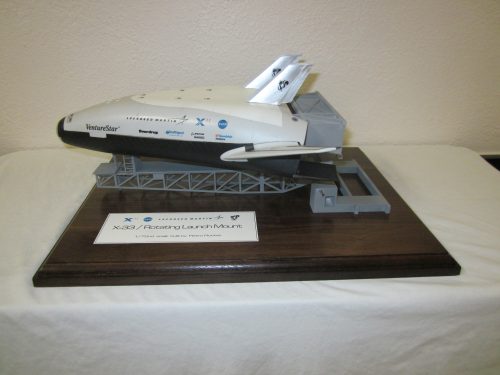 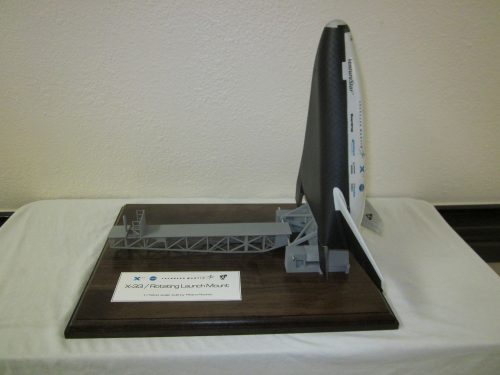 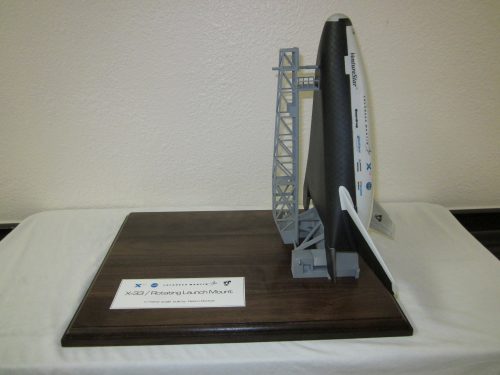 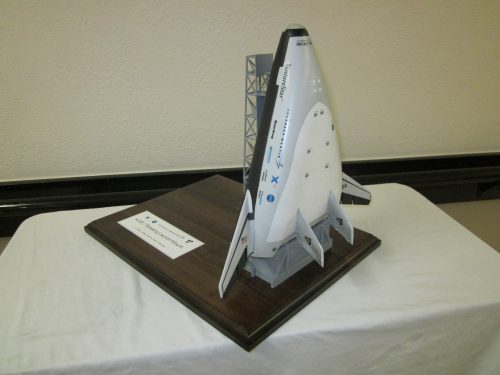 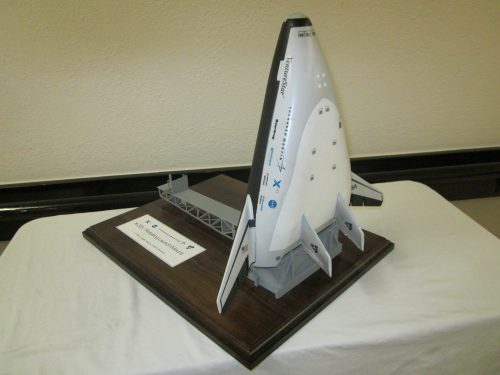 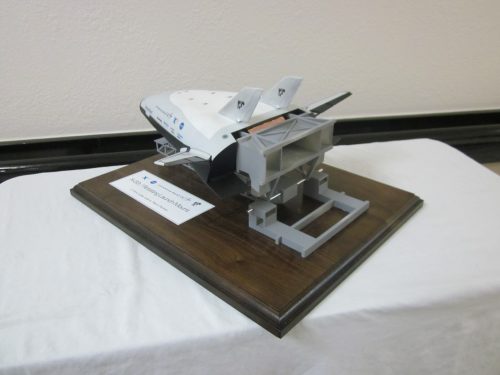 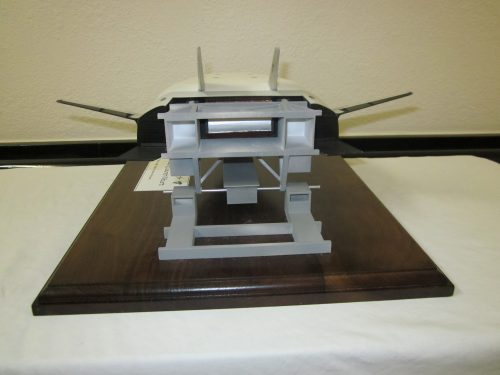 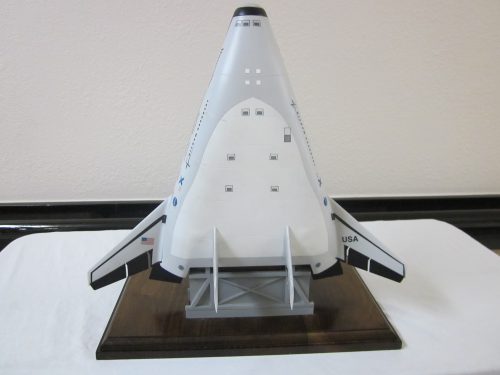 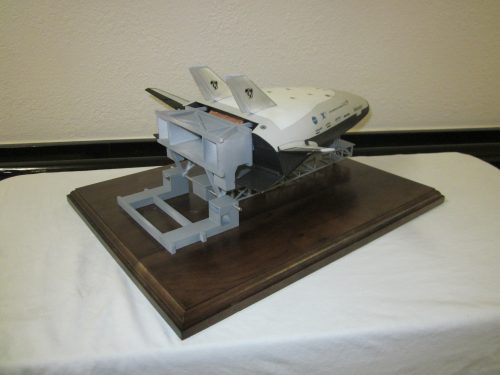 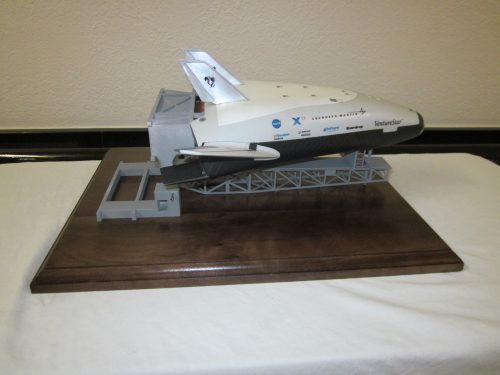 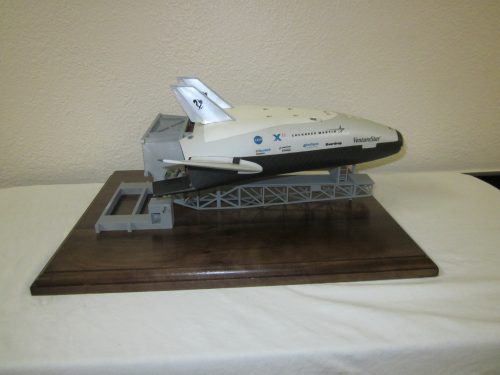 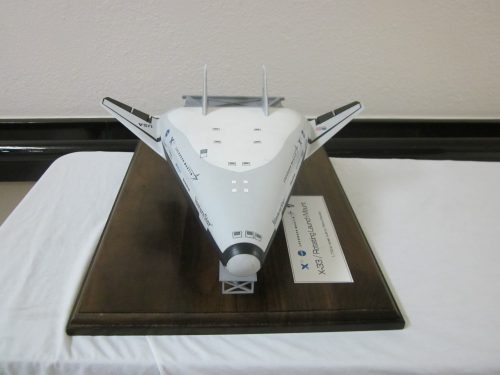 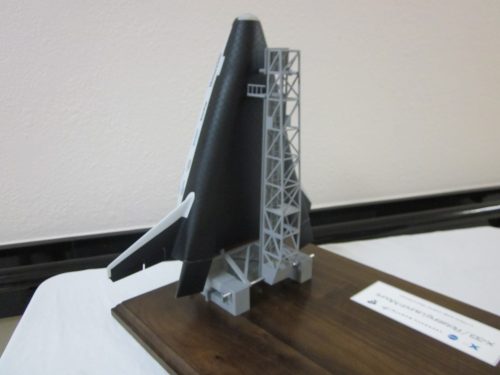 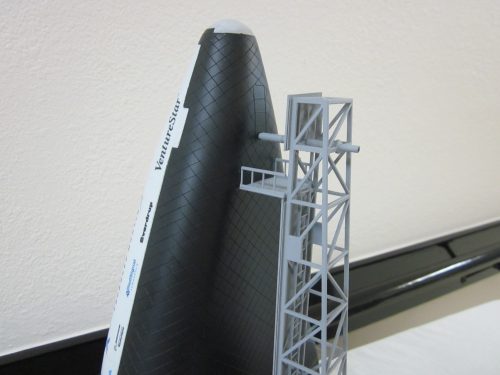 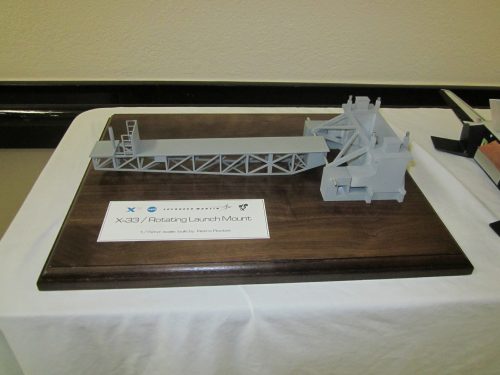 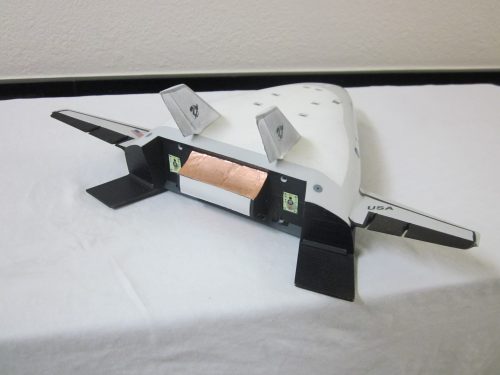