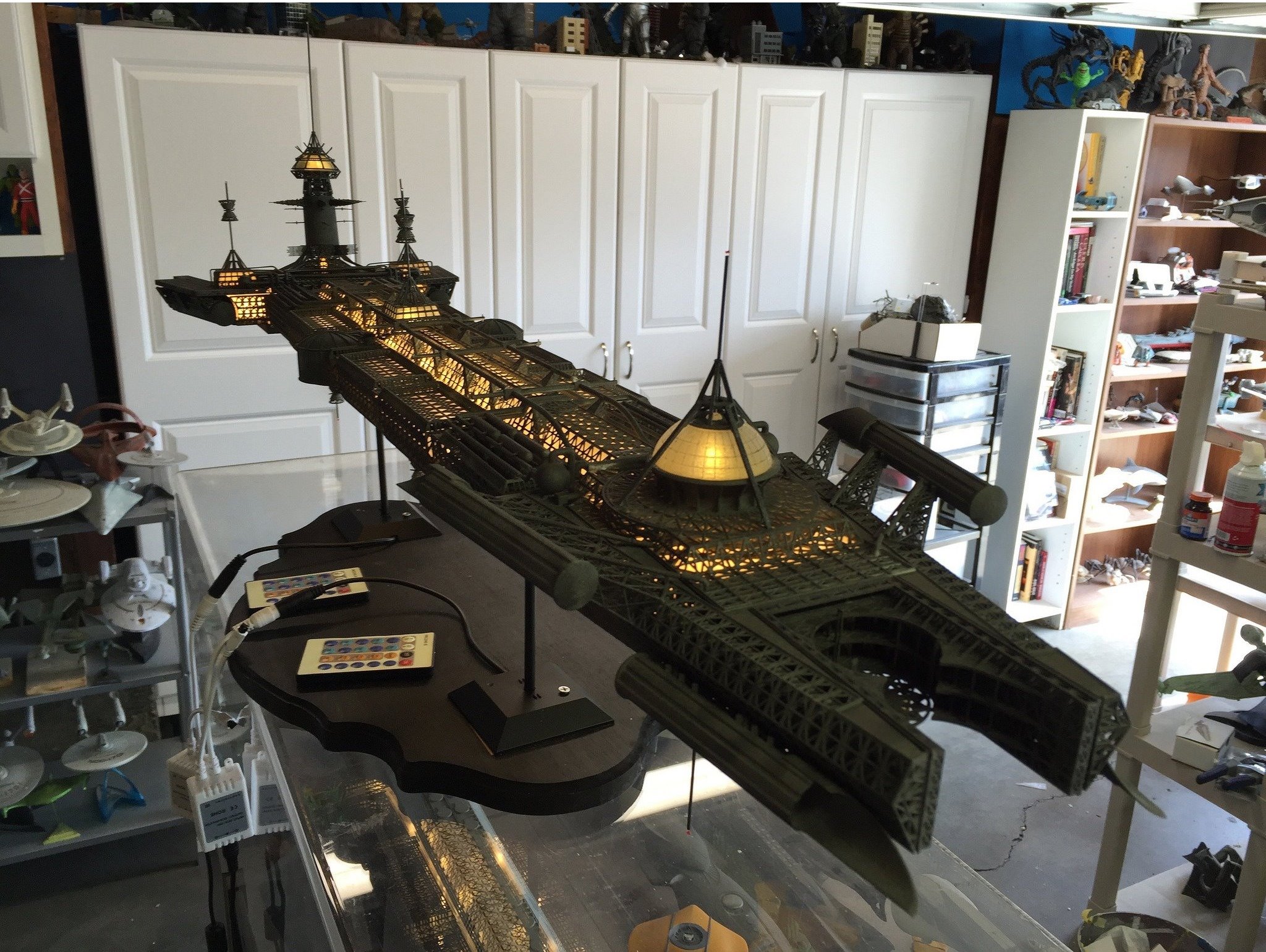 This is a 3D printed, 40″ long reproduction of the Cygnus spaceship from Disney’s 1979 movie The Black Hole. The 3D parts were designed and produced over a span of around two years or so by a modeler named Dave Nelson who went by Primitive Dave on Shapeways.com where he made the parts available. I kept in touch with Dave while he was producing the parts and he also made available schematics for an acrylic armature that the Cygnus frame parts fit over in order to support the “soft and flexible” 3D printed parts and allow for the interior to be illuminated. Unfortunately Dave disappeared shortly after completing the parts and actually before working out the final details of the front of the armature. I was able to adapt some of the parts of the other armature sections to complete the front end and I used two strings of copper wire LED “fairy lights” with remote controls and strung them through the entire structure after painting the clear acrylic exterior flat white to distribute the light and avoid hot spots. I spray painted all the Cygnus pieces metallic gray and then weathered everything with a drybrushing of rust and a few other metallic colors. Another modeler provided files for an in-scale Palomino docked at the front of the ship.
—
Jeff Bond
Winnetka, CA 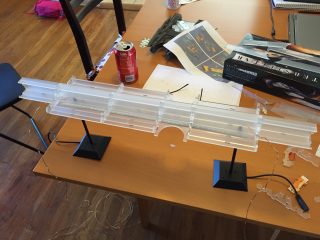 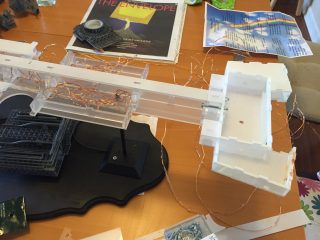 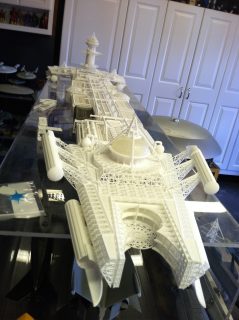 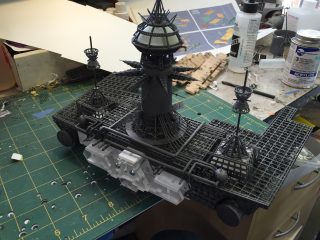 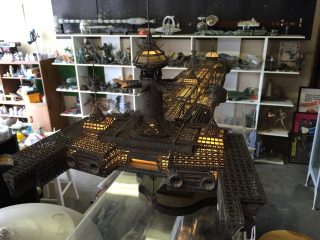 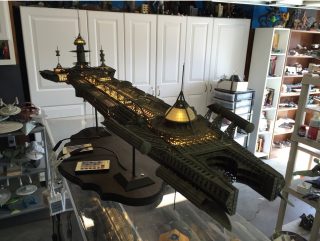 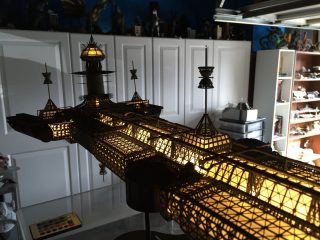 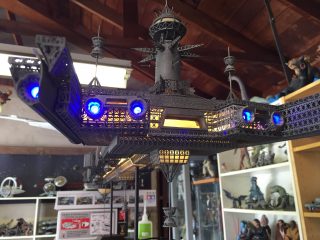 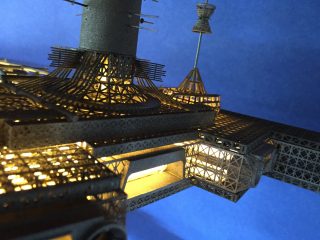 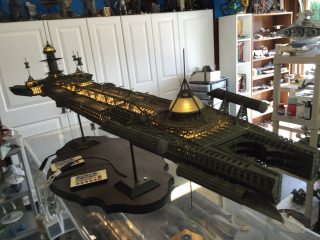 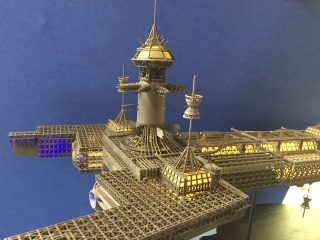 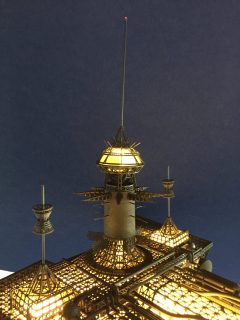 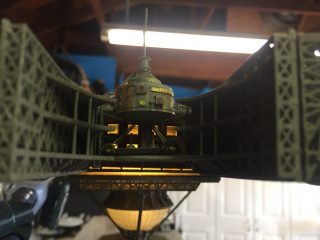 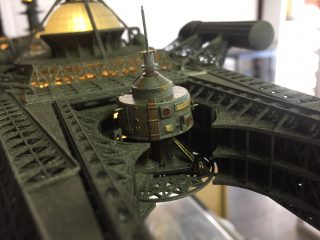 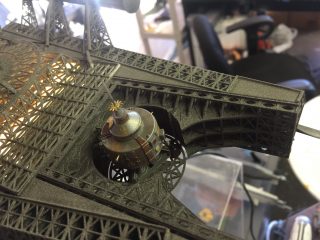 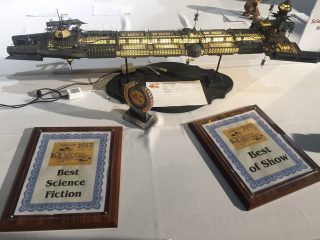 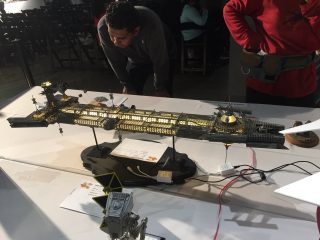 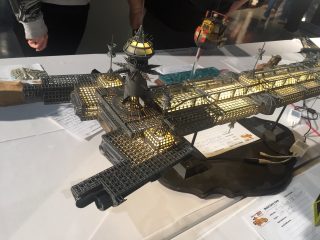 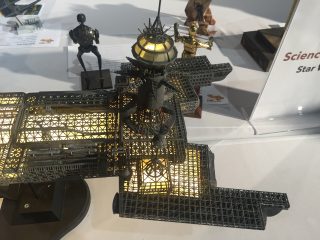 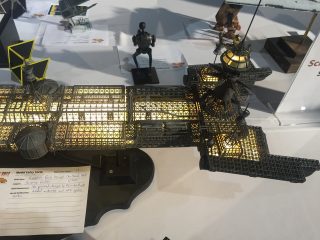 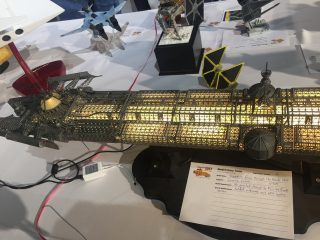 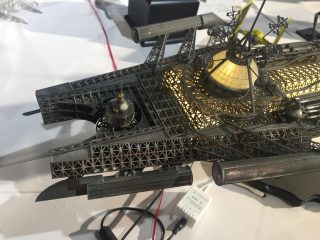 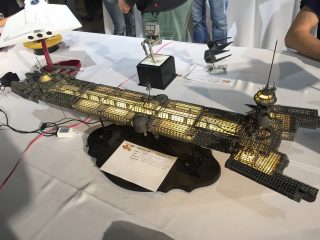 Created from one of the photos above of Jeff Bond’s magnificent build, Kurt Kuhn (Kuhn Global) made The Black Hole Composite seen below... 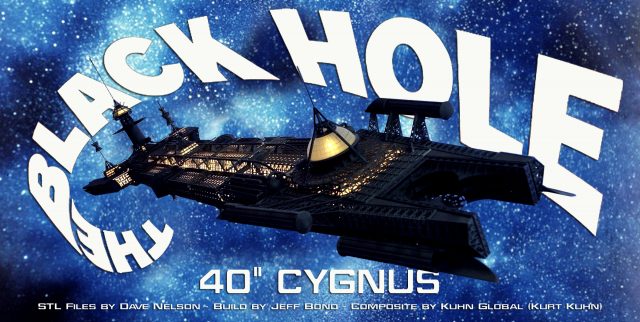