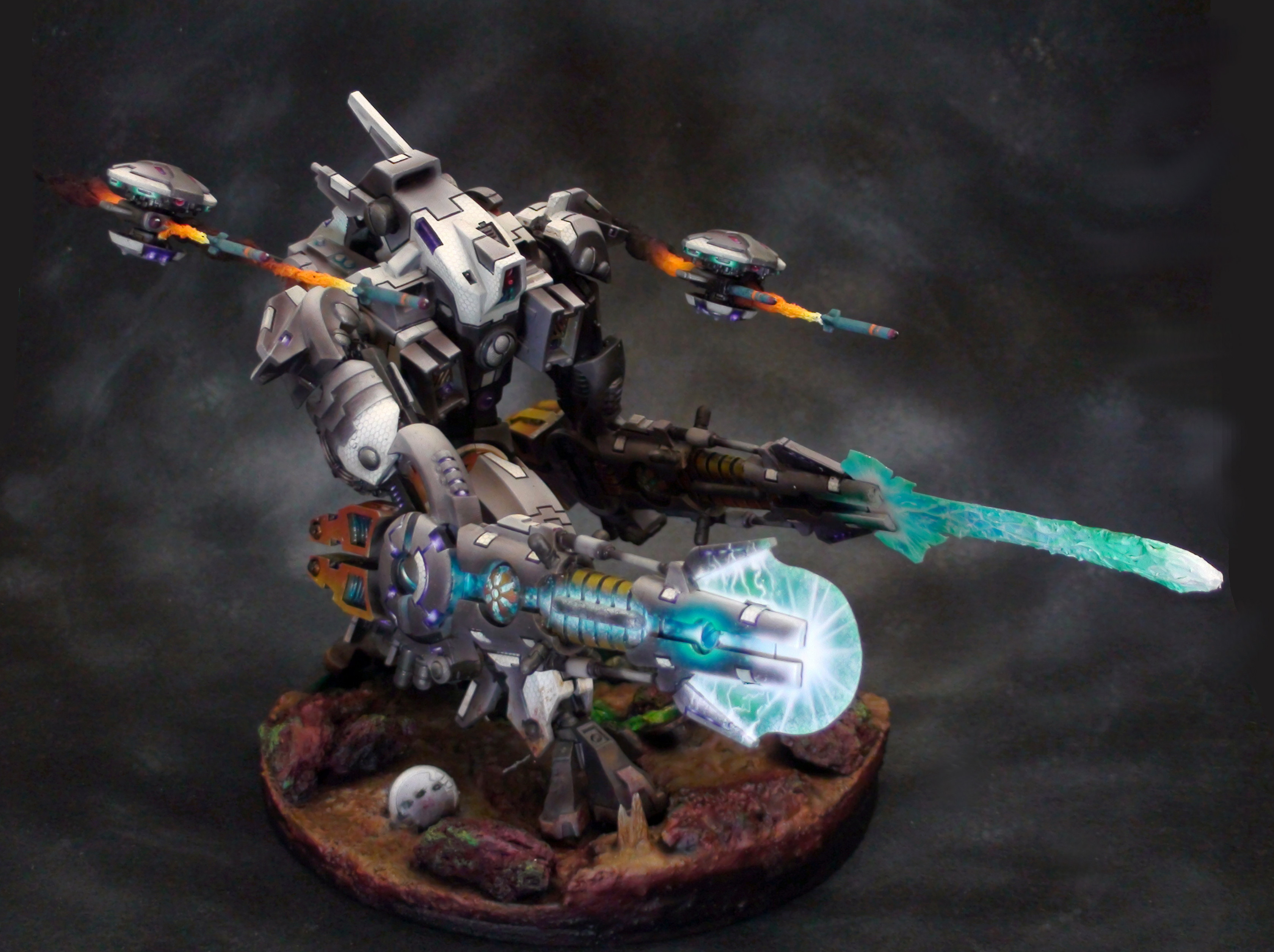 Steve Hughes of Third Fate Creations is back again with another fantastic build! This XV107 Battlesuit is awesome! Once again, Steve’s attention to detail work brings this piece to life!

This is a Forgeworld XV107 R’Varna battlesuit. I chose this model to paint because I thought the mech itself was a solid design and the guns really spoke to me. I kitbashed the arms a bit lengthening the upper arms since I didnt believe the previous stock design could ever stand back up with such stubby arms, should it get knocked down. I then modeled the missile plumes with green stuff/cotton while modeling the plasma discharge with acrylic sheets and water effects. The model is 99.9% airbrushed except for the lens highlights on the optics and missiles. If you zoom close in a few pictures you can see the white regions are textured with hexagons and the gray regions are shadowed with an extremely fine mesh pattern to look fibrous. However you cant see the mesh unless you are within about a foot of the model and it didn’t show up well on camera. The primary weapons were made to glow by my standard use of whites, translucents, and florescents, and a weak UV lamp far from the model to make the florescents glow just a bit on top of direct illumination. Paints are a combination of createx, liquitex, autoair, Reaper, and GW.

Like with many of my models I wanted to do something unique and this particular instance is an action shot of the battlesuit fully unloading into its poor target. The plasma cannons giving a solid 1-2 punch while the shield/missile drones provide close support. One weapon just fired as the second is fully charged, leaking discharge arcs as it is primed to fire. Previous complaints about my XV9’s shields having visible wires prompted me to place the drones so that the wires are as well hidden as I thought was reasonable while still depicting independent drones. 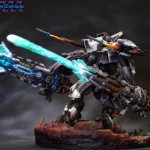 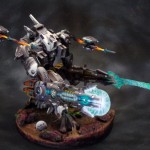 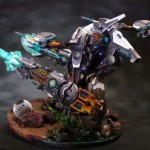 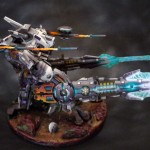 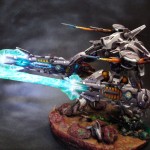 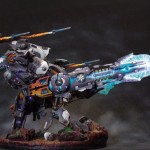 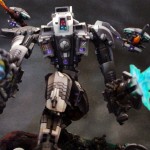 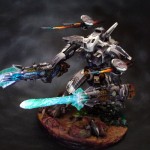