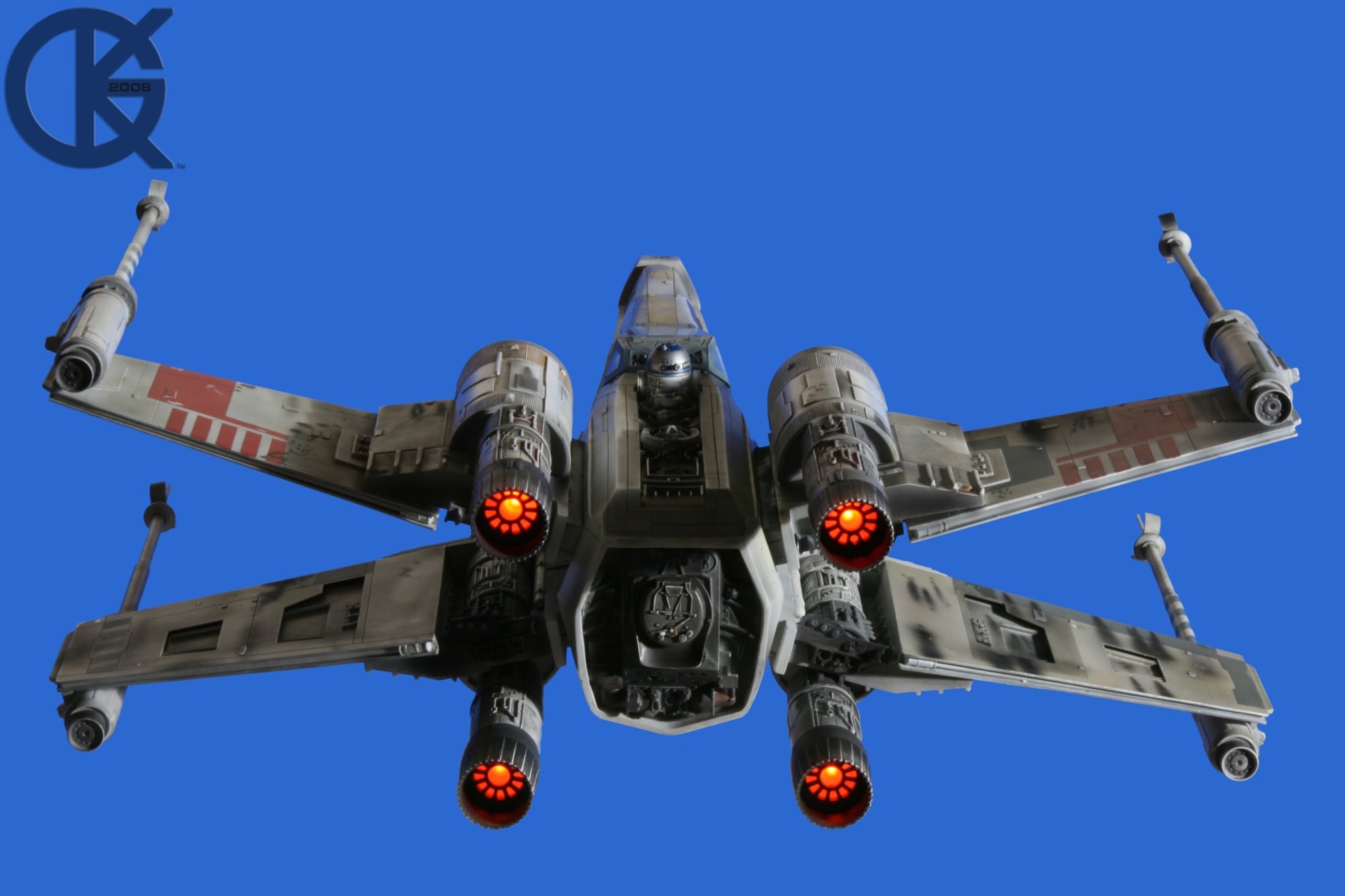 Let me first start by stating that I am honored to be able to review such a fine piece of work by eFX. Thank you for allowing me to do so.

Now on to the review… sit down… this is long… As promised, it is an honest, unbiased review.

Upon receiving the X-wing from Fed-Ex yesterday, I was impressed with largeness of the box this item came in. (See photos below). It was obvious that eFX had taken time to design this box and packing so that damage during world-wide shipping would be nil or minimal. The graciously placed two inches of extra foam around the already foam encompassed x-wing and stand. From my years of sending and receiving museum items, THIS is the way to pack an item for shipment.

When I picked up the X-wing out of the foam, the first thing I noticed is how heavy and cold it was! It felt like a metal die cast model! Now remember, THIS specific prototype was the first to come back from China with their first attempt of a paint job that was to resemble what was sent to them on the artist proof. Thus, I will not be commenting on the paint job other than one comment my wife made when she viewed it. “Dirty does NOT mean shiny!” Enough said about China’s first paint attempt.

Now.. back to it’s weight and coldness. Upon tapping on the item a few times, this fuselage was obviously cast in polystone… a VERY time-durable casting material. My first impression was “WOW”. I then felt around to see what else was obvious in the materials. The wings are metal and are VERY rigid. They have an unseen magnet within them to keep them closed until manually opened…. which I did immediately following my inspection of materials. This X-wing had been shipped around the world several times to different individuals, so I was expecting some problems which did show up in small amount. The wings, when manually opened, are supposed to open together so that if you open one wing, the others do as well.. This one had a busted gadget inside that only allowed the cross wings to open simultaneously. And the second set would not stay in place. I attribute this damage (even though it was professionally packed) to our fine world delivery services, and the handling of it by many before myself.

One of the things that I next noticed was that the canopy was not connected to the model. It comes completely separate so that one may admire the fine cockpit they have replicated from the full sized props. The cockpit, by the way, looks excellent. The seat within the cockpit was also not attached in this bird. It was freely floating about, but did have the ability to connect to the flooring. When I went to place on the canopy, this is the first I noticed it’s windows. Just like the original filming model, they were glassed in. Very shiny. On this one, the right front window was missing from the package… also due to the handling by many before me. That said, the windows were easy to pop in and out. I obviously left them in for the photo shoot to see what it would look like. Upon placing the canopy over the cockpit, I noticed it wasn’t a great fit. I never did get it completely right. The hoses, that look so awesome in the cockpit, were kind of in the way for the correct fitment of the canopy. I spent a good 30 minutes trying to fit it properly before giving in to what I was able to do. The canopy hinge (which is one of the items that makes it look toy like) in my opinion, should probably have been done differently. I imagine cost was a big issue with that. As I understand things, Lucasfilm wanted the glass in the canopies, so cost went up a bit to do that. My own speculation leads me to think this is why the canopy was done the way it was.

After studying the body a bit further, I noticed how much outer detail, throughout the piece, was cast in. Some of this is a bit “soft” in my opinion. However, the panel lines are crisp and clean.

Something else kept gnawing at me… it seemed larger than 1/24. And the nose cone was much larger than any other replica of the X-wing I had seen before. Plus, it definitely is positioned with the tip up more than anything I own. It slightly takes away from the aggressive look the X-wings have always appeared to have and gave more of a ‘speedboat’ feel to the front. That may just be how this specific bird was assembled, however. The production birds, according to Barry, will ALL be 100% inspected for quality control BEFORE shipping. Just as eFX did with the first helmets they have sold. By the way, NONE have been returned! That is impressive!

Now, the stand is a brushed aluminum looking, clear acrylic covered, black oval base, with a 1 inch aluminum pipe extruding from it that has the electronic connector inside. The brushed aluminum under the clear acrylic is etched with “STAR WARS”. Very nice indeed! However.. the mounting pipe really bugs me. This is something I very much dislike in mass offered pieces and may just be my personal preference. The stands piping is always too large due to a few skinny wires being placed through in my opinion. This REALLY detracts from the awesome look of any piece that would sit atop of them! ICONS did it to their X-wing with a huge, clear acrylic rod! Somebody,…ANYBODY, needs to rethink a better way of mounting models with electronics. The smaller, the better! And PLEASE…. make them positional.. like the panavise camera stand. That rant now over , the electronic connector is a simple connection that will fit only one direction.. so there is no making a mistake. The power button resides on the side of the base as a simple toggle switch. The power plugs in just aft of the toggle switch.

When photographing this piece, the stand left me with limited options of position without going out and getting more Blue Screen Material to cover it appropriately.. so I just worked with what I had. As you can see, it photographs fairly well, but sometimes looks less aggressive do to the nose cap angle and the ‘less-wide’ open wings. These were opened to their maximum and, due to the linkage break inside, held open by a plastic clip I placed within the wing block. Unfortunately, the wings just would not go any wider,… which when wide, is another great aggressive look to the X-wing in my opinion.

Today, I pulled from display my last V3 RED 5 build, that I have displayed here, and placed it next to the eFX bird. See photos below. Earlier I had commented that the eFX X-wing felt larger than 1/24 scale. Not knowing what the real used x-wings measurements were, the EFX is about 3/4 of an inch longer than the now retired V3 kits. It is also noticeably beefier in all aspects except in wing width. In the photo, even though the V3 is behind the eFX bird, you can see the noticeable size difference. The eFX size makes me recall the once offered Maxi-Brute castings which were suggested to have been cast directly off of a hero X-wing back in the day. Of course that is only speculation, but never the less, the size and beefiness of the eFX X-wing reminds me of it.

When my daughter walked in to the room this morning as I had the two X-wings side by side, she told me that the larger one (the eFX bird) looked toy-like. I asked her to explain what she saw and she couldn’t define it. I can see what she is stating due to a few things that make it look that way to me as well. The canopy definitely has something to do with that. Another, and we must remember this is the first China painted prototype, is the challenged, shiny paint job that this bird has. Then there is the soft detail I spoke of earlier, as well as certain parts that don’t seem to match up with their counterparts angles. This is not due to poor assembly, but just that the parts don’t quite match up. Like they are smaller than the ship itself. This may quite possibly be my own thinking since all I have seen until this were birds that came from castings, or re-built from those castings measurements, which may have suffered shrinkage over and over.

That stated, THIS IS NO TOY! It definitely is a fantastic reproduction made for a mass distribution of 1000.

What this piece represents is something for which people that cannot, or will not, build and wish to have a beautiful piece to set on display and admire! This group probably will not include those who are studio scale purists, even though this piece was investigated and built accordingly.

For the masses… ABSOLUTELY! This piece is a FANTASTIC offering at $1199! With a payment plan and FREE shipping no less. Not to mention that even at 1000 pieces this piece will be, and remain, extremely rare and valuable to the collectors out there.

Will I get one? I am very much thinking about it! And I am only doing that because… 1. I have soooo many quality studio x-wings already to display. And 2. My budget is currently being utilized on my family for Christmas. Other than that… now I think I will place one of these beautiful eFX birds on my Christmas list! LOLOL.

There you have it. If you have any questions, I will be happy to answer them when time allows. Until then, please enjoy the photos below showing what I have typed about above.

I wish to thank Barry and the eFX gang once again for giving me the opportunity to see this fantastic piece up close and personal, photograph it, and review it. It is clear from eFX’s actions that they want this community of professional model builders to see and understand what they may wish to purchase.

For inquiries, or to order this piece, please click on the banner link below…

Below: Kurt Kuhn with eFX X-Wing Box containing the Paint Prototype from China 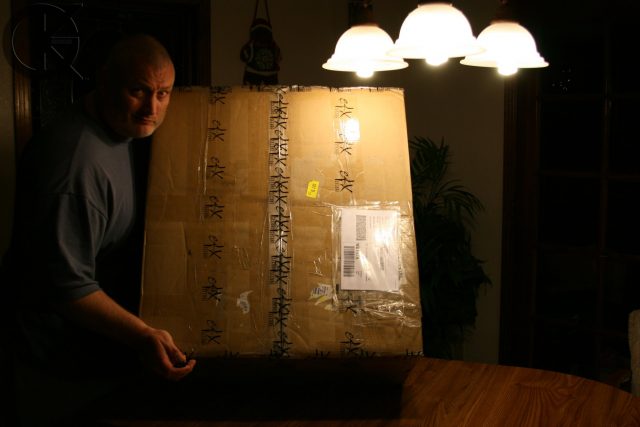 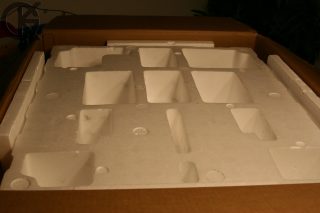 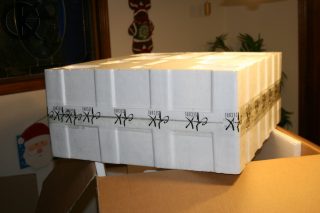 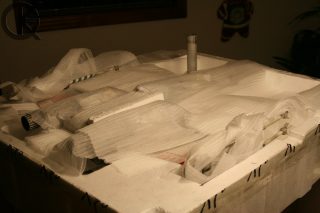 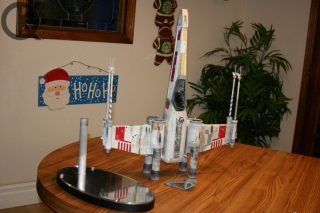 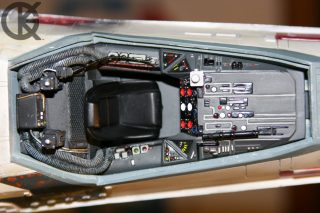 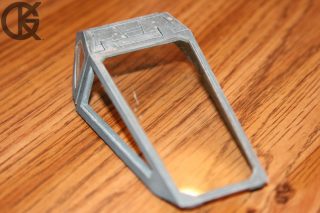 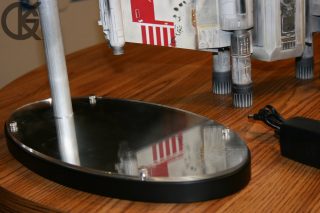 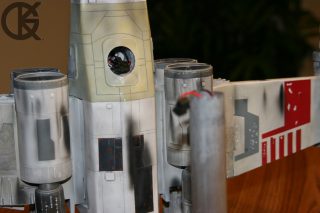 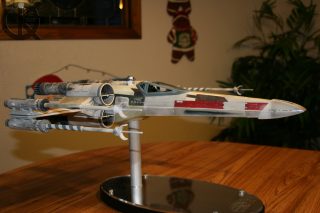 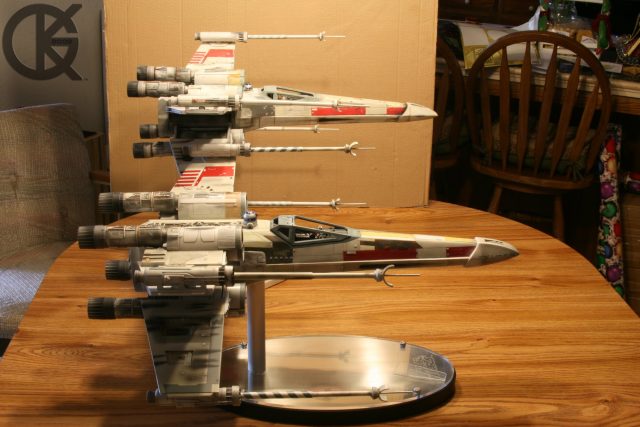 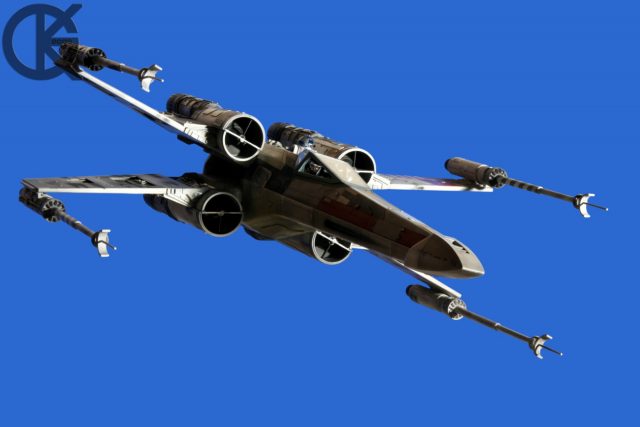 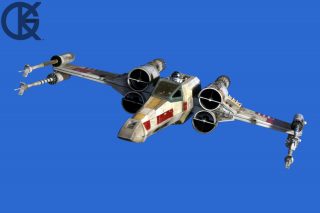 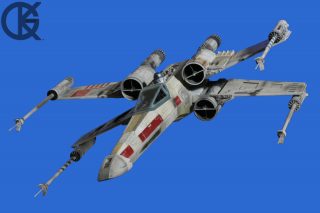 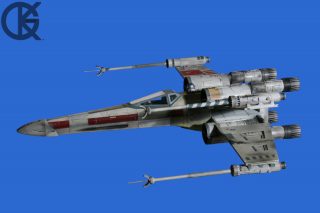 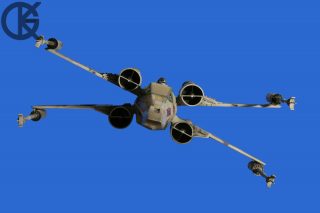 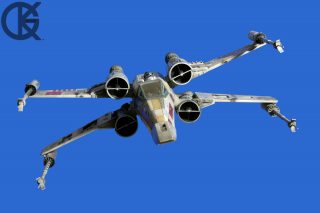 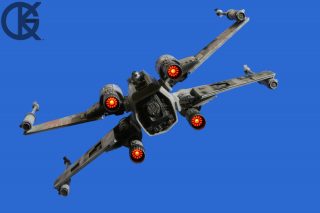 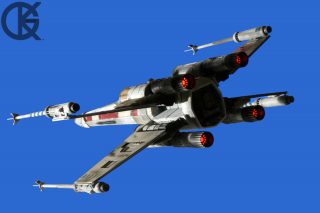 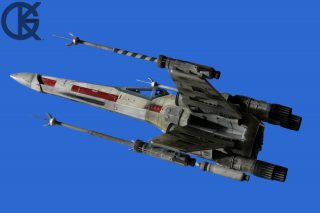 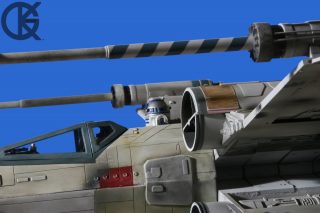 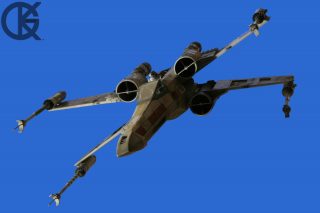 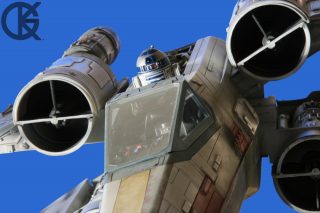 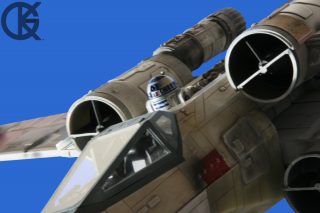 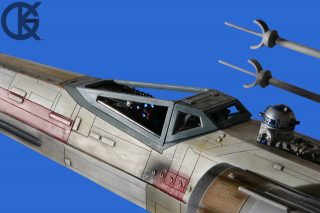 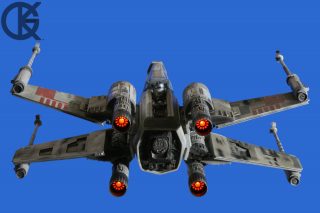 To visit the eFx Collectibles site direct, please click the banner link above.