As seen on Star Trek III – The Search for Spock, master artist Gary Wallace made this interpretation of the jagged edged, melted hull of the Enterprise as she met her doom in loo of capture. This one one of the most dramatic scenes in Star Trek history for many fans to see this happen… and Gary Wallace capture the essence of it perfectly. Beautiful build of a very sad ending.

Here are a few words from Gary Wallace…

This 1701 is from ST3 and was bought at a swap meet for a dollar back in 94. A Dremil tool was used for ALL damage seen and several types of black was used. The “peeling” panels are just masking tape cut to each panel on the saucer section. At one time the inside damage was lite with yellow blinking lights from a Christmas shirt my wife had, and the model was set on an old Hostess cakes rotating display stand making the ship look as if it was spinning to her doom. This was the center piece of most conventions and even William Shatner himself stopped to look at it! (I should have had him sign it).

Thanks again for looking! 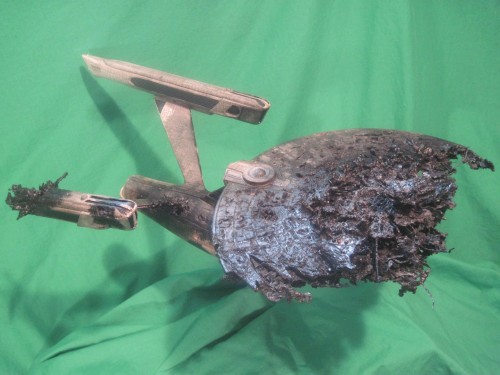 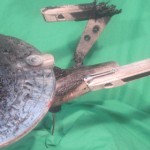 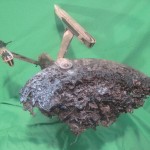 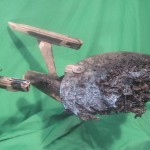 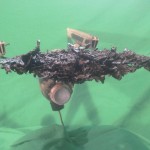 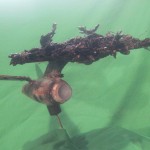 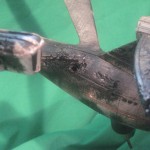 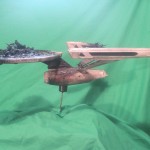 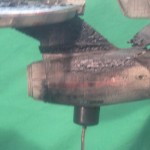 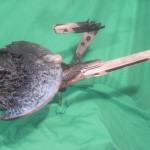 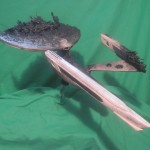 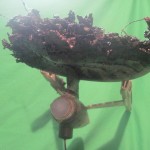 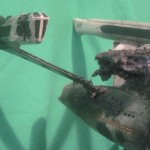