This piece is very exciting, and one that I have never seen before today! Masterfully scratch crafted by professional modeler Alfred Wong, this is one of the most unique fighters I have ever viewed!

Here is what Alfred had to say…

The Rapier Mk.9 single-seat multi-purpose starfighter, together with the Specter-class Strategic-fighter, forms the backbone of the Sierran Star-Command. The Sierrans are a fiercely independent humanoid race who are externally indistinguishable from humans. The Rapier is a fully environment-adaptable ship that is equally comfortable operating in the vacuum of deep space, the atmosphere of a planet or beneath the surface of its waters. The Mk.9 is the latest model in the distinguished Rapier line. While a small number of earlier models still serve in second-line and training duties, the Mk.9 is the standard current model serving in virtually all fighter roles called upon by the Sierran Command. A large number of the old but very robust Mk.4 continue to serve in the planetary-attack role.

The Rapier is powered by the latest of Sierran reactionless-drive engines; the Sierrans are renowned for their mastery of reactionless-engine technology. The Rapier has twin reactionless-warp/subspace drivers tied to a single reactor core. The Rapier is armed by 3 guided energy-projectors. These weapons emit highly efficient guided energy-pulses, a unique coupling of guidance system to a non-projectile weapon. The guidance is imbued upon the pulse by a target data matrix from the fighter’s targeting computer. The matrix is wrapped around the pulse as it leaves the Rapier’s weapons pod, and each emitter can track a different target if necessary. The guidance system, however, does drastically reduce the weapons’ rates of fire, as no new pulses can be fired until the fired pulses hit their target(s). It is therefore not uncommon for Rapier pilots to turn off the guidance matrix and lock the pulse weapons in a devatating forward rapid-fire mode.

Most Sierran pilots are female, as female Sierrans are naturally gifted star pilots. The most famous Sierran pilot is Talon, a fiercely independent and extremely potent pilot and warrior with extensive training in special-ops. Her adventures, as well as her volatile personality are legendary. 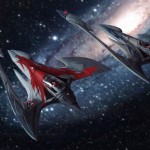 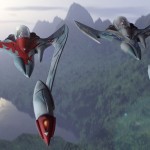 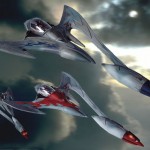 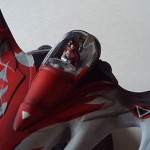 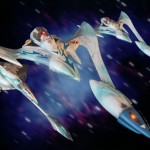 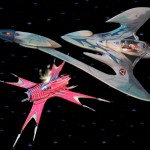 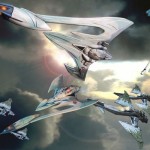 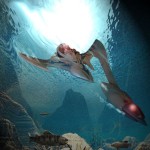 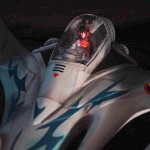 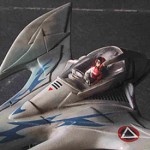