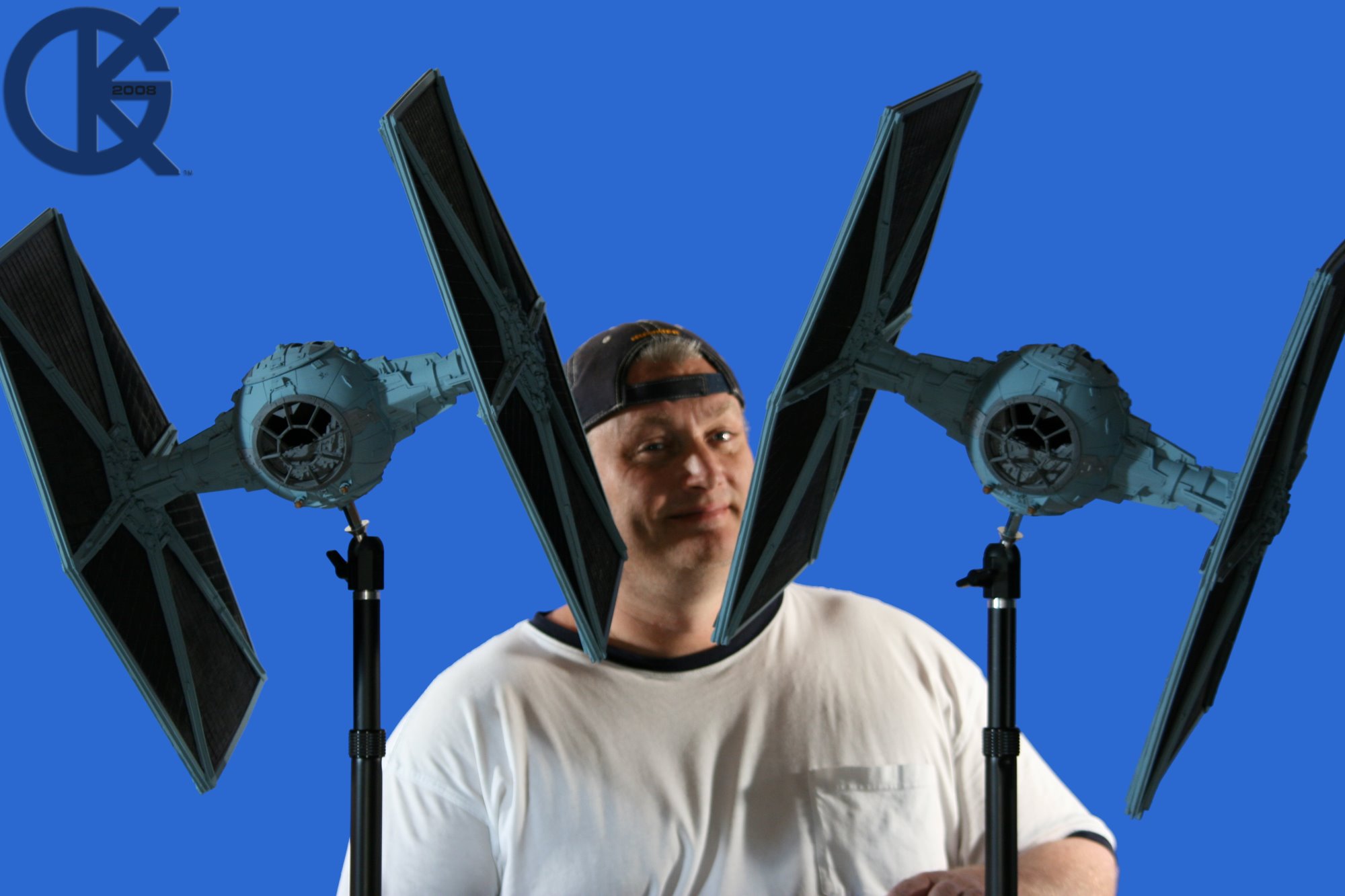 What color are TIE Fighter’s? This has been a question asked by many, and argued by many more. After all… in 1977’s Star Wars, they appeared to be GREY! Yet in The Empire Strikes Back, they appeared BLUE! Original Star Wars Artist Lorne Peterson answers…. “They are BLUE!”. We proved this by taking a few shots back in 2006 of the studio scale TIE Fighter under different lighting conditions. We must remember that Star Wars was innovative in many ways, including cinematography. They shot the models against blue screen backdrops just as I do today, but technology improved along the way. I lit an area the models were placed under with bright blue lighting, giving the ever present white lighting we view in Star Wars for all their space scenes. As I did so, the TIE Fighter’s blue color washed out before my eyes, making the model appear grey. Amazing! For me to actually show the TIE Fighter’s in their natural blue, I changed to a warmer color lighting, and in doing so, there they were in their beautiful ESB looking blue color. These two were made from the NICE-N Model Designs first generation offering, and built by famed R.L. Bleecker. They are beautiful to view in person. One of these now resides in Hong Kong, in the collection of Richard Sung.
Kurt Kuhn
Kuhn Global Incorporated
Modelers Miniatures & Magic 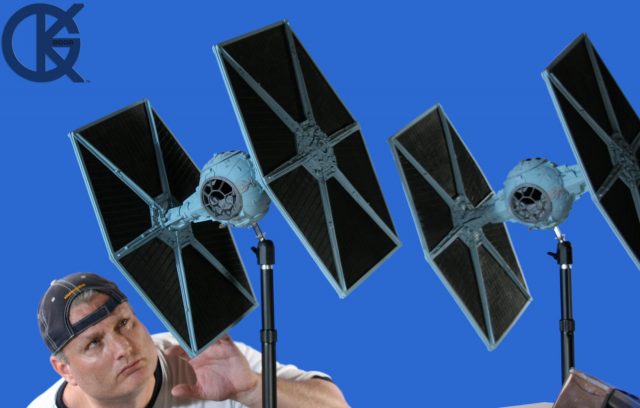 ABOVE: Kurt Kuhn with the two studio scale TIE Fighter’s 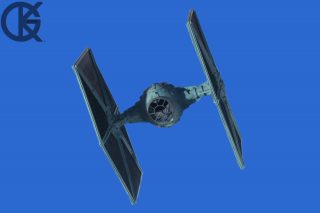 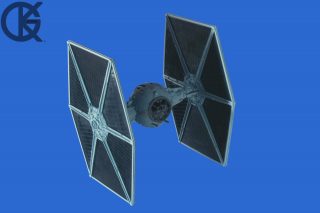 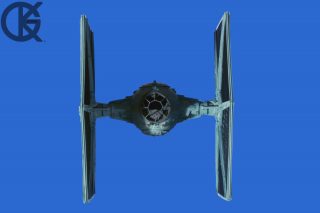 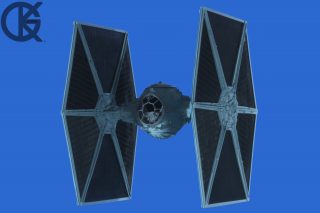 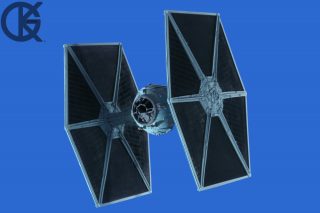 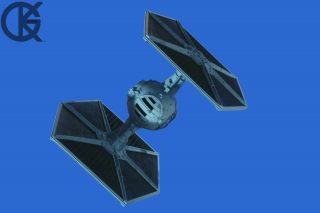 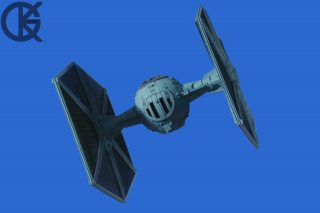 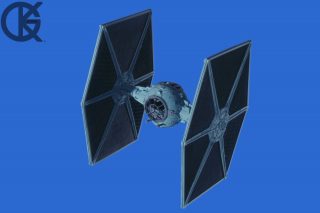 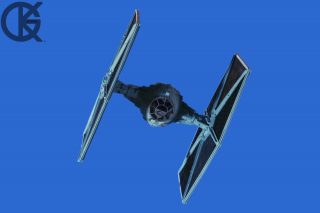 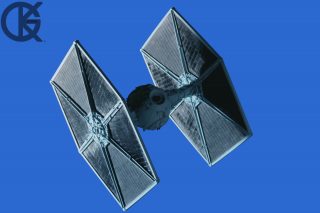 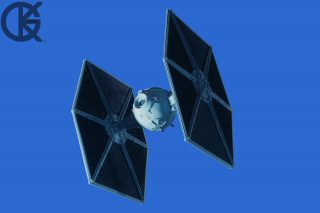 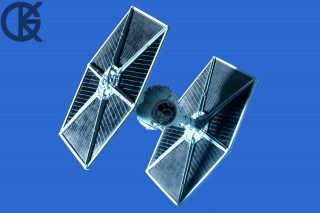 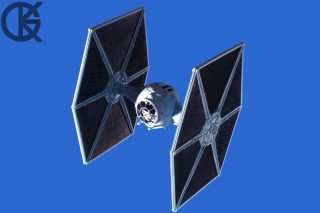 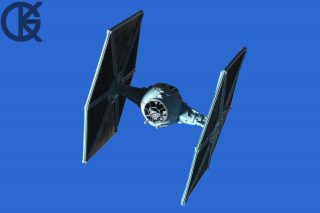 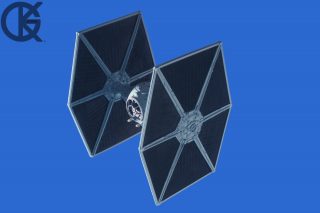 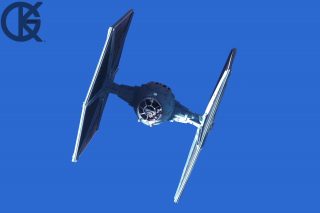 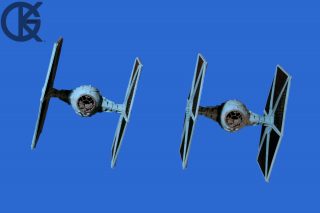 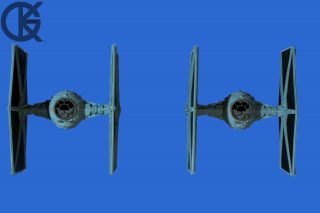 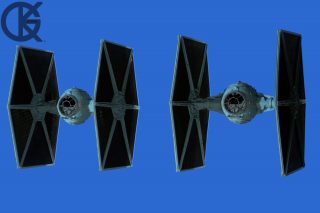 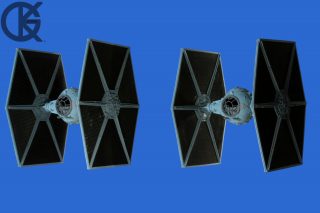 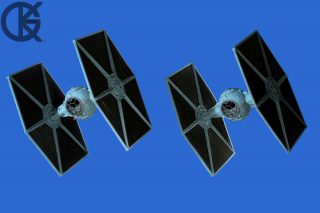 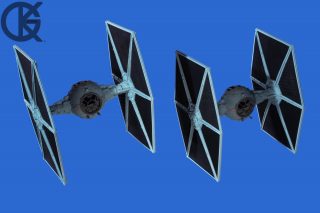 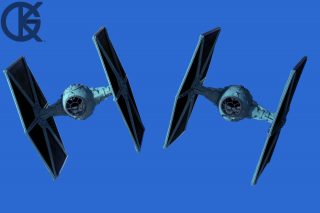 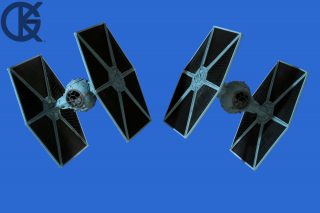 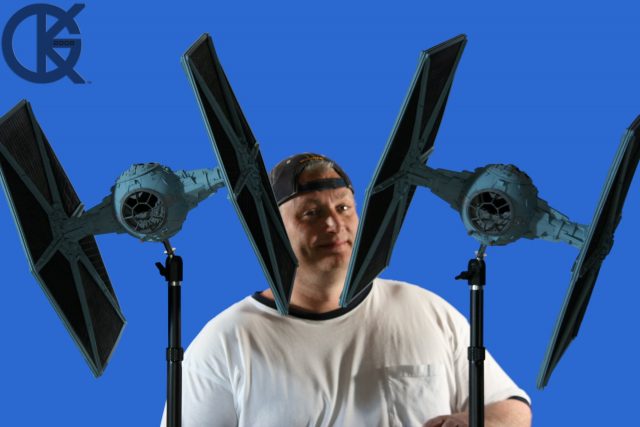