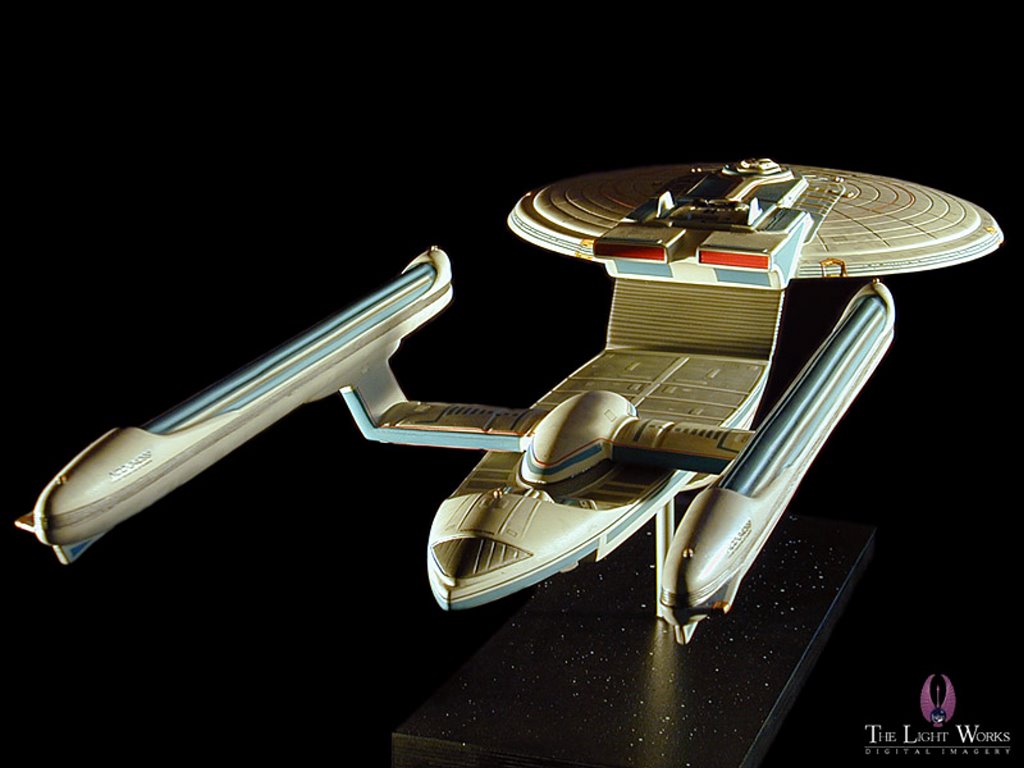 Originally shown here on Modeler Magic back on February 2, 2009…. this nearly 41 inch Excelsior Class Starship Miniature was built by artist Tobias Richter of The Light Works for his own Collection. As stated by Tobias… this kit was a real pain to build, and he felt it may be a possible re-cast. He states that the parts were off in nearly every dimension, and that to make this model as it should be, it would have taken much scratch work which he simply did not wish to take on. Thus he made this model the best he could with much sanding involved. Never the less… at almost 41 inches… this remains the largest kit I have seen built of the Excelsior Class. I am very interested in where that kit emerged from myself. Tobias chose to name it USS Lexington. I think it turned out very well, and the fact that he named it other than Excelsior was smart… as he made it his own. Great work Tobias! 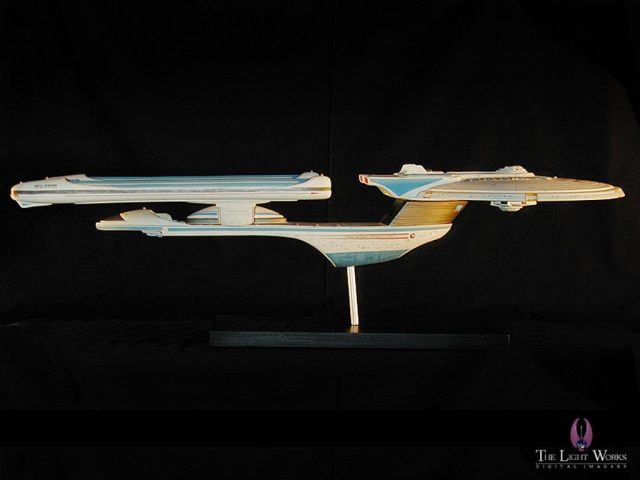 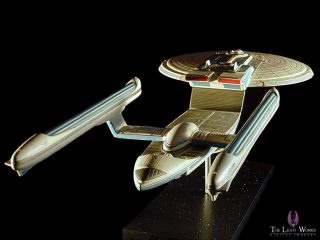 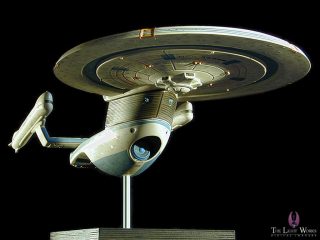