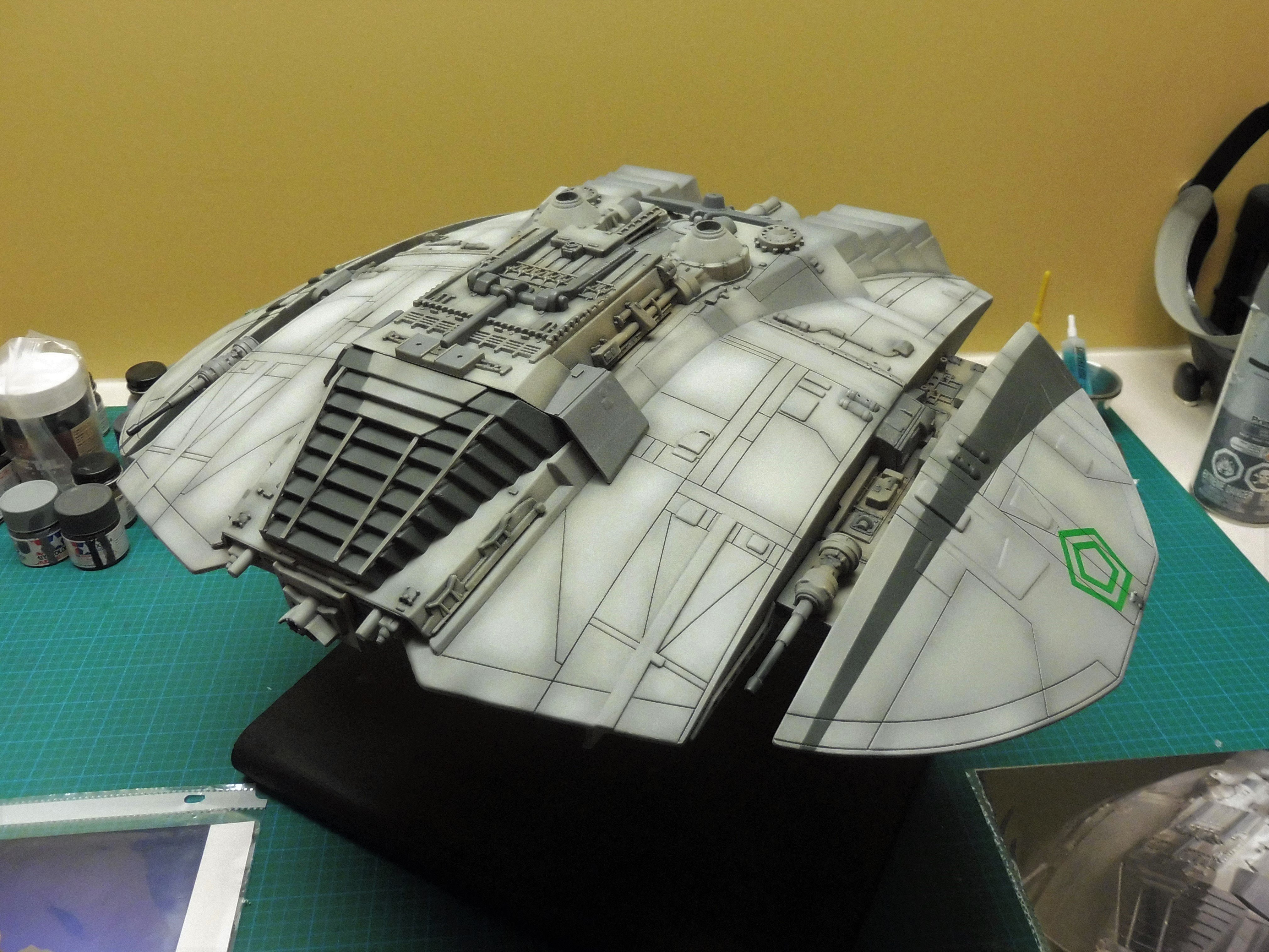 Here are a few pictures of a recently finished Moebius Models studio scale Cylon Raider, from the original Battlestar Galactica. I’m currently working on a nice wood base and acrylic case for display. I must say, I’ve always loved this ship. Aside from the original Enterprise, from Star Trek, it is my favorite. I did a few modifications on it, such as adding steel mesh grills inside the rear reactors, I also removed the molded bars from the cockpit, and made my own to match more closely those of the studio models. I also used stencils instead of the kit decals, which I felt were too thick. With the reference I had, I did my best to match, as closely as I could, the original base color. I once heard the paint used on the studio models was a light gray car primer, but it is no longer in production. I was told the paint company still makes it, but the formula has since changed, many years ago, so the color produced is no longer the same as it was back in the late 70’s.

I’m impressed by the commercial kits released in the past decade. The companies are really making an effort to satisfy today’s most demanding model builders. Moebius and Polar Lights are good examples. This kit is very close to the original studio model but Salzo’s resin version, from years ago, is a closer match, in my opinion. I noticed when comparing both kits that Moebius had left out a few minor details. Still, a wonderful kit to build. 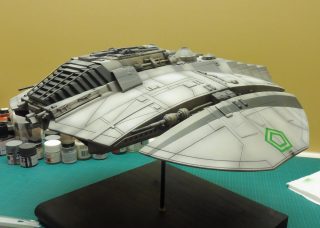 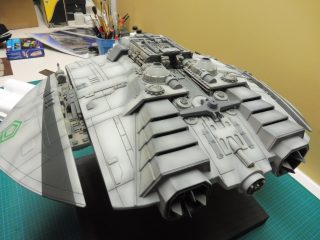 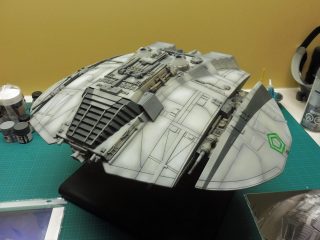 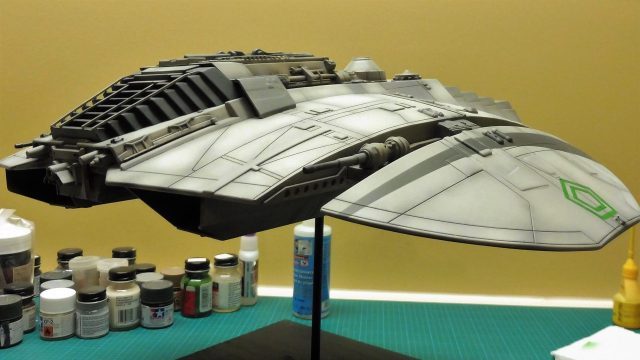