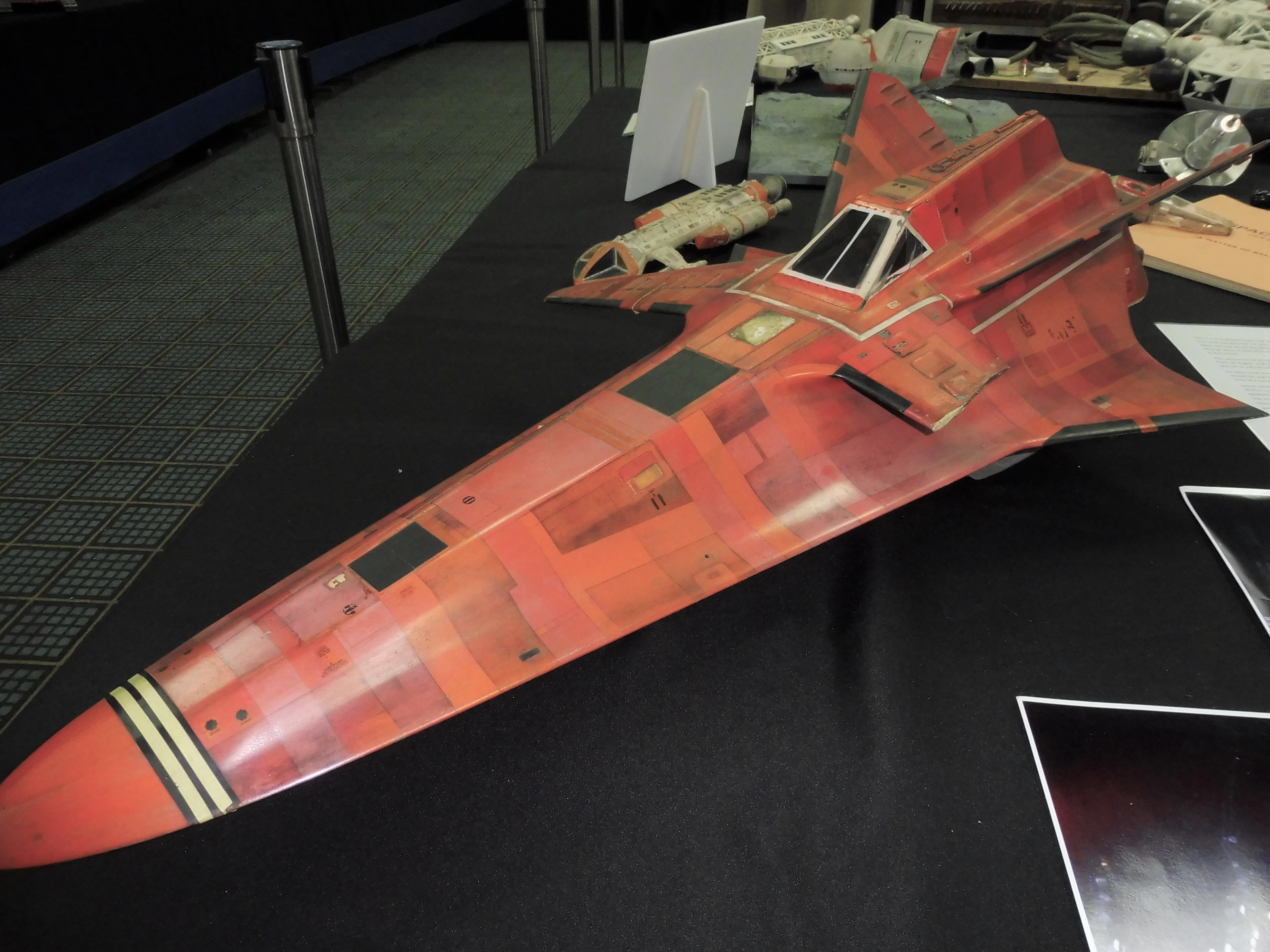 Here are a few shots of the original large “Hero” model of the Space:1999 Glider seen in the second season of the show. I took these pictures recently, while in England, where several of the original models were on display. 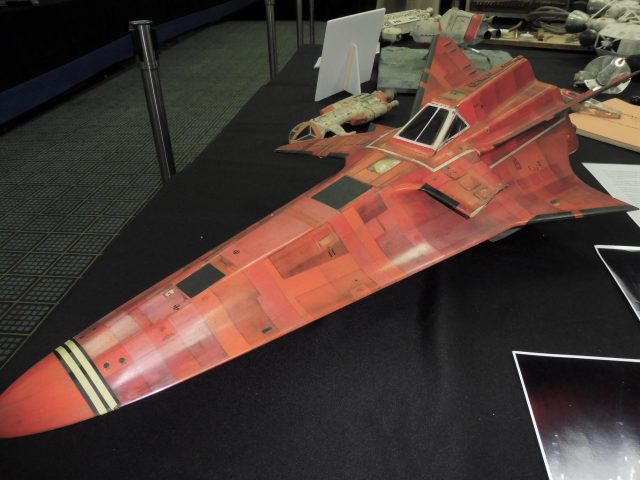 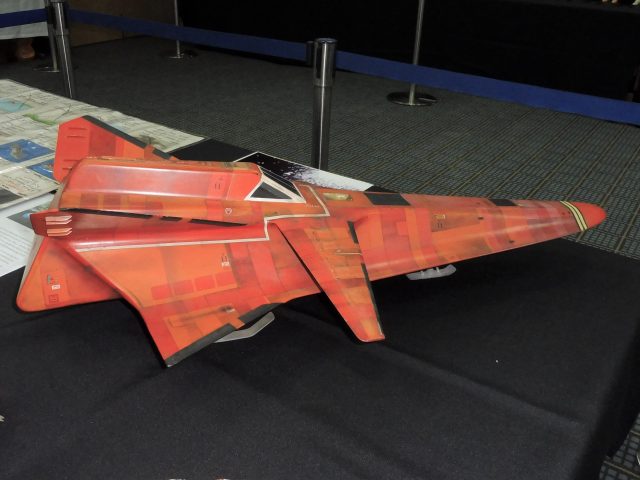 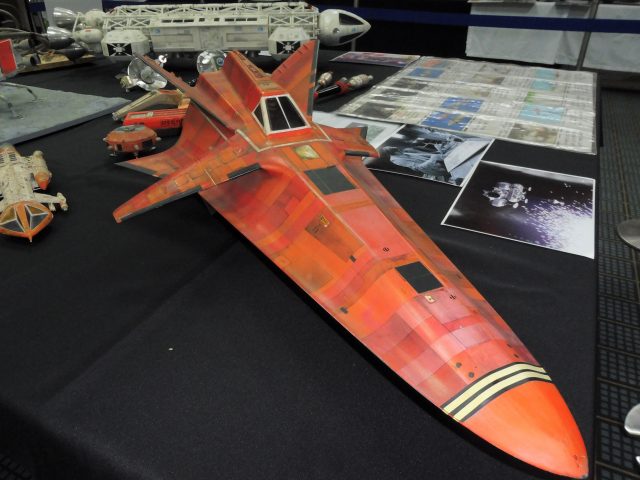 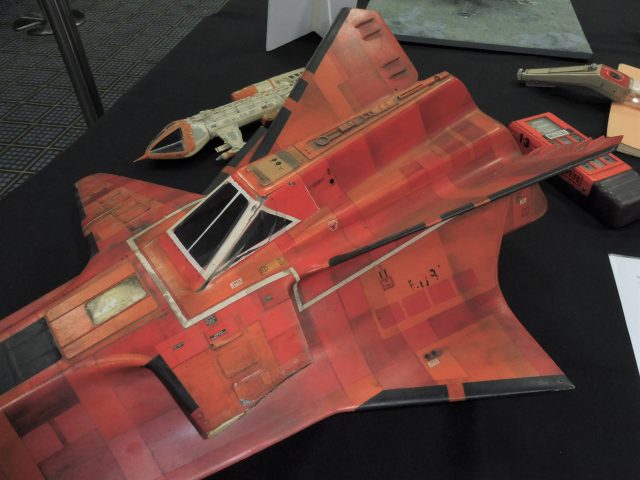