This piece was originally shown here on Modelers Miniatures & Magic as a KIT ALERT back on March 31, 2009! This may not be in production any longer, and I wanted it to be shown as the fantastic piece it is. Beautifully built, and formerly sold by Skidmarks Diecast Collectibles (Fred Doerner) from the Wasteland Model Kit mastered by Richard Long, this piece is awesome! The detail and landing gear option are wonderful!

Just for information as to what it was, here is what was stated back in the former KIT ALERT…

“Here are photos of the first release from a new kit maker called Wasteland. The System Patrol Ship has a configuration similar to the BOP but is smaller. It is designed to make planet-fall, in any environment, to deploy troops and supplies.

The first kit release from a new kit maker

A smaller ship, than the standard Bird of Prey, capable of landing on rough terrain, on any planetary environment, to deploy troops and supplies.” 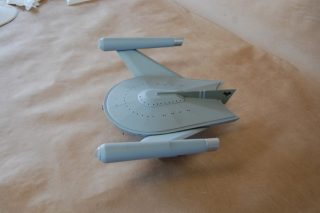 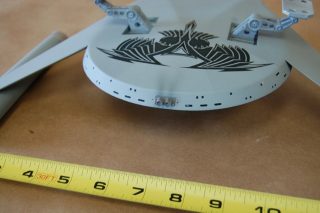 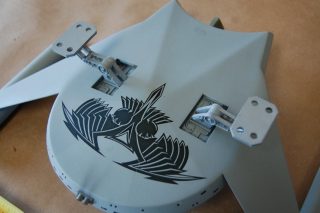 “Sovereign Replicas aka REL aka Wasteland”