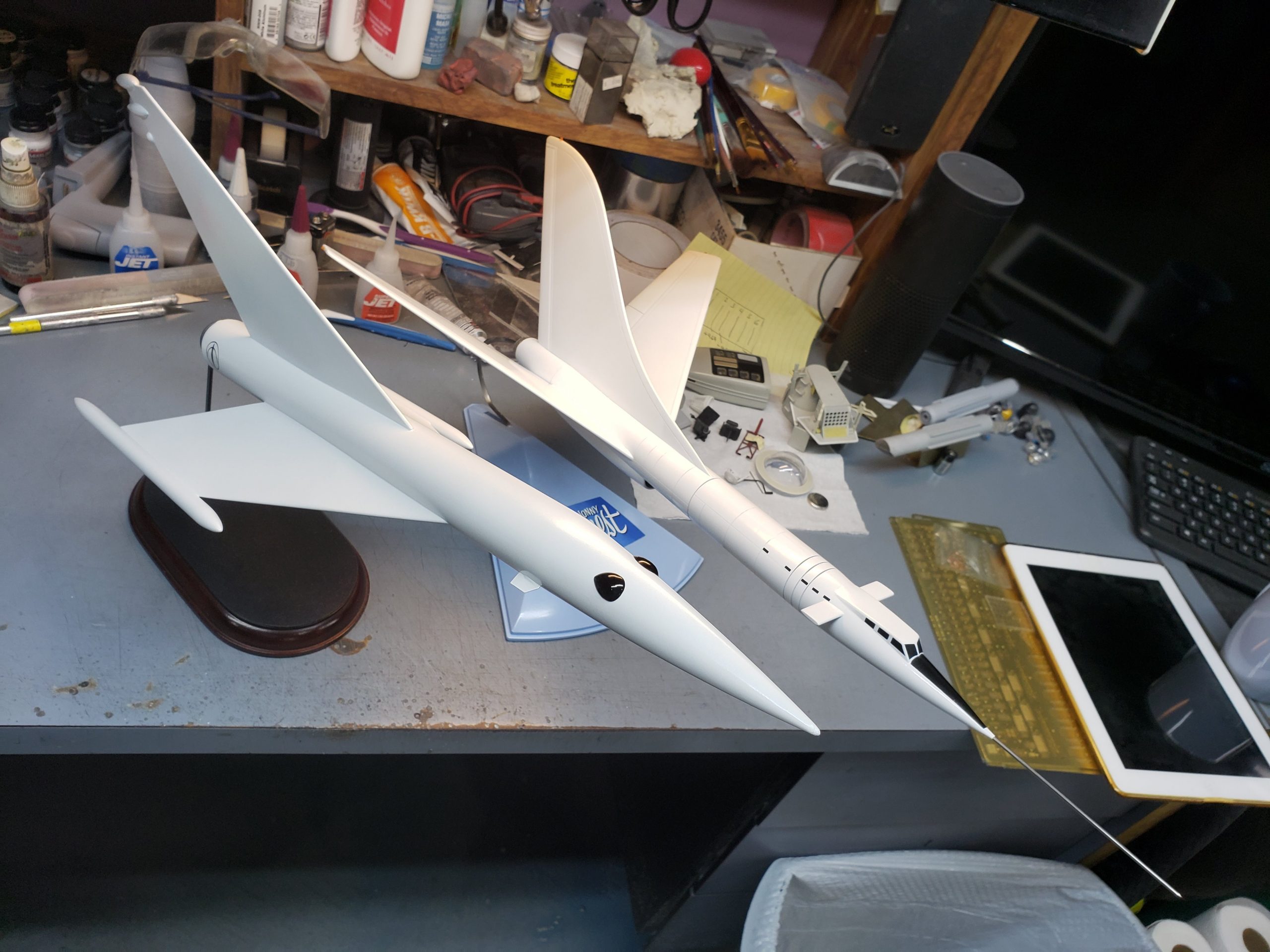 So, if you are super old like me, you will remember a show from the sixties called “Space Angel”.

I always thought his ship, the Starduster…was a neat looking thing. Oddly, Fantastic Plastic makes a resin kit of this, but it is only 8″ long. If I ever made a replica, it would have to be around 18″ to 20″ long. In back of my head, I said I should make a model of this…eventually. This is not normally a project I would have prioritized, but given the current circumstances and free time available…

I found screen grabs on Google and I blew one up to 20″ long and traced the pattern so I could get all of the proportions correct. Obviously, it looks completely different from shot to shot, ’cause that’s how they rolled in the sixties. Alex Toth, baby! The body is a 1.25″ polycarbonate tube with the model rocket nose cone filed to the correct shape. The whole thing is filled with resin for strength and weight. In the show, they obviously just drew the fins flat, but in person, if you do that, you’re eyes will immediately pick it up as looking fake. So I formed plastic sheet into airfoil sections and reinforced them with brass and steel rods and tubes. The wing pods are polycarbonate rod that I spun to shape. Yes, I know it looks like an Estes model rocket, but I still like it. It has a simple, yet elegant form. The view ports are plastic craft jewels that I ground to the correct shape and repolished. I finished it in a platinum color as I thought that would look cooler than just boring white.

This took about 19 hours over the weekend. Most of that was sanding and filing the airfoil fin sections and applying about 15+ coats of paint.

This will look good next to my 24″ Jonny Quest Dragon fly model on my “salute to 1960s Saturday mornings” shelf. (SEE PHOTO BELOW!)

I would love to also make a large scale Space Ghost Phantom cruiser. But that thing is so curvy, it would be very difficult and time consuming to make. 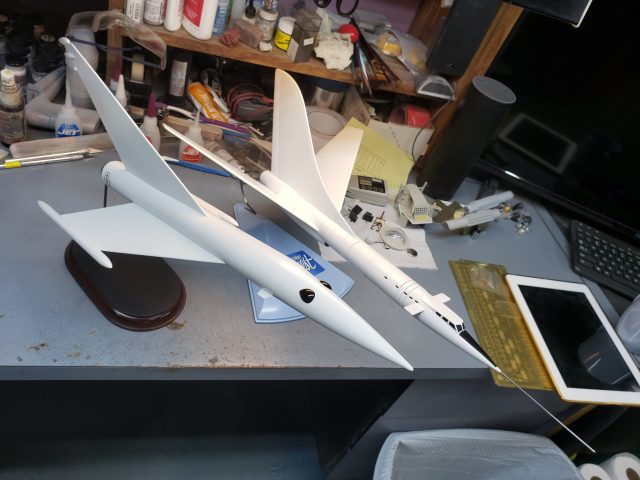 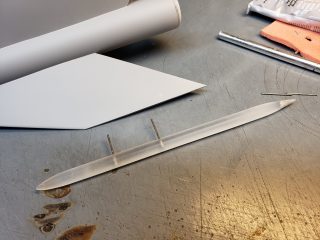 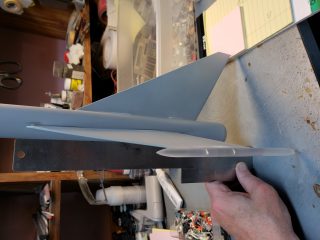 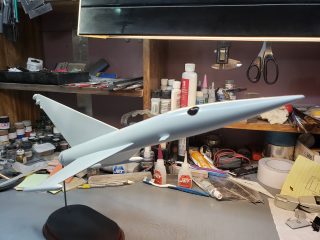 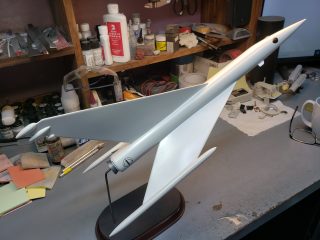 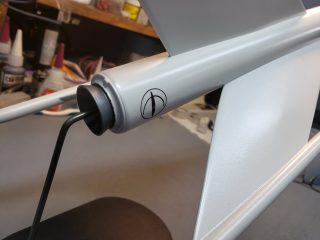 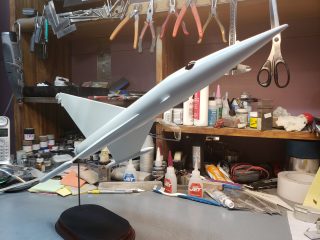 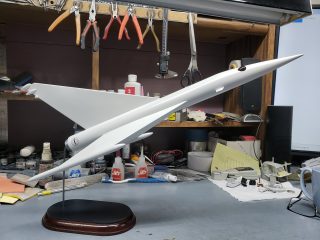