Here are the builds that I have made throughout the years. These are all different b9 robots. They say your never too old to learn. Well, I will give you a quick story behind all these robots.

I grew up watching Lost in Space as most of us did. The robot was my hero! When I was 6, I would cut out paper shapes and glue them together to build myself a LIS ROBOT! In 1984, I was a teen in High School. I had several VHS tapes of the show. One day, I took a look at the end credits, paused it, noticed 20th Century Fox in L.A. so I decided to call to ask if they had the robot from lost in space, the secretary said “hold on and let me patch you to the warehouse department, they may have something there.

I then spoke to the warehouseman. I asked if by chance they had the old lost in space robot, he said actually “We Do”! I was anxious and excited. I didn’t know what to say in case they wouldn’t let me see him, so I acted as if I were a Hollywood producer looking for a retro type robot to film. He said come on down and take a look. I made it in 1 hour!

The warehouseman took a look at me and smiled. I guess he figured out I was no Producer, just an ambitious teen that followed his dream. So he actually brought the real robot out in 5 large cases! I asked how much where 20th Century selling for? he replied $12,000. He’s worth about $400k by now! He was white and blue, rearranged for a tv show called Mystery Island.

He said to me, look youngster, why don’t you come back tomorrow take a bunch of pictures and build him? Said he would bring him out again for me!

With a dime in my pocket, “How in the world am I going to build a robot”??? I have no knowledge!!!! Well, I came back the next day, took the photos and the rest was history!

Here are some photos of my builds. Beginning with the B9 Robot at 20th Century Fox Warehouse and the second photo are my early builds, the best I could do at the time with photos. So if you are a person who thinks as I did in the past and say “I can’t”! If you want it bad enough, you will find a way. Learn, fail, learn, patience, and earn the experience and most of all, “Have Fun”, Enjoy!! In time I reached my potential in making a Lost in Space Robot worthwhile for everyone to enjoy! I even got the cast of Lost in Space to take exclusive photo’s, Billy Mummy was a big fan. So like the paper cutting, I did as a kid, I put my thoughts together on sheets of paper and began the builds. You can do whatever you set your mind TO DO!

All of my builds have animation, and or function by remote control. (See the videos in order below) 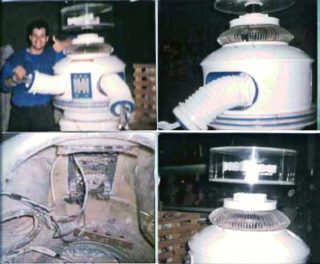 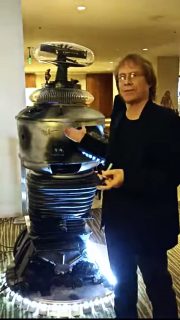 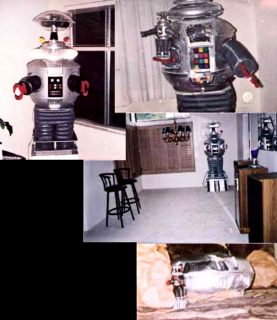 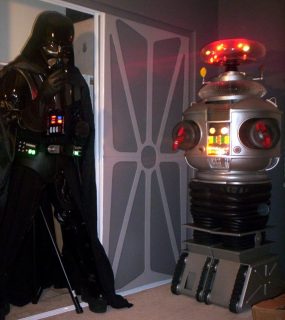 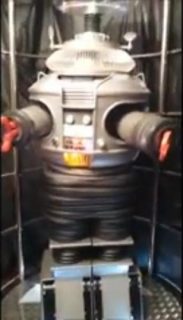 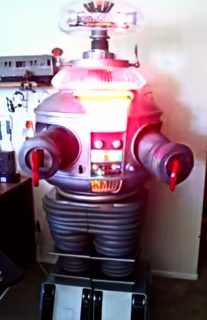 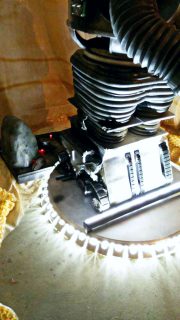 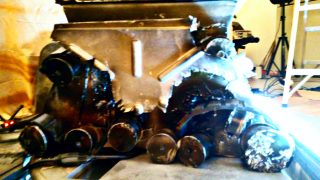 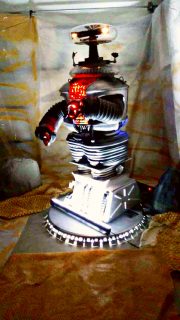 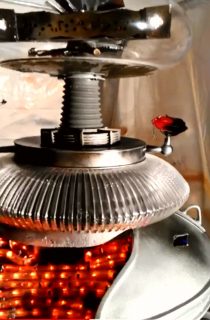 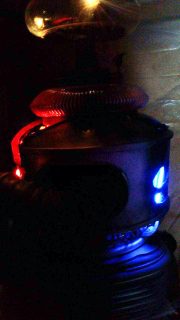 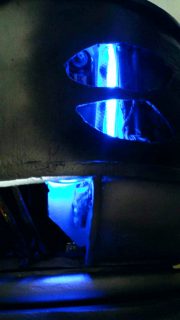 ..Below With Bill Mummy, and the Lost in Space Cast!…