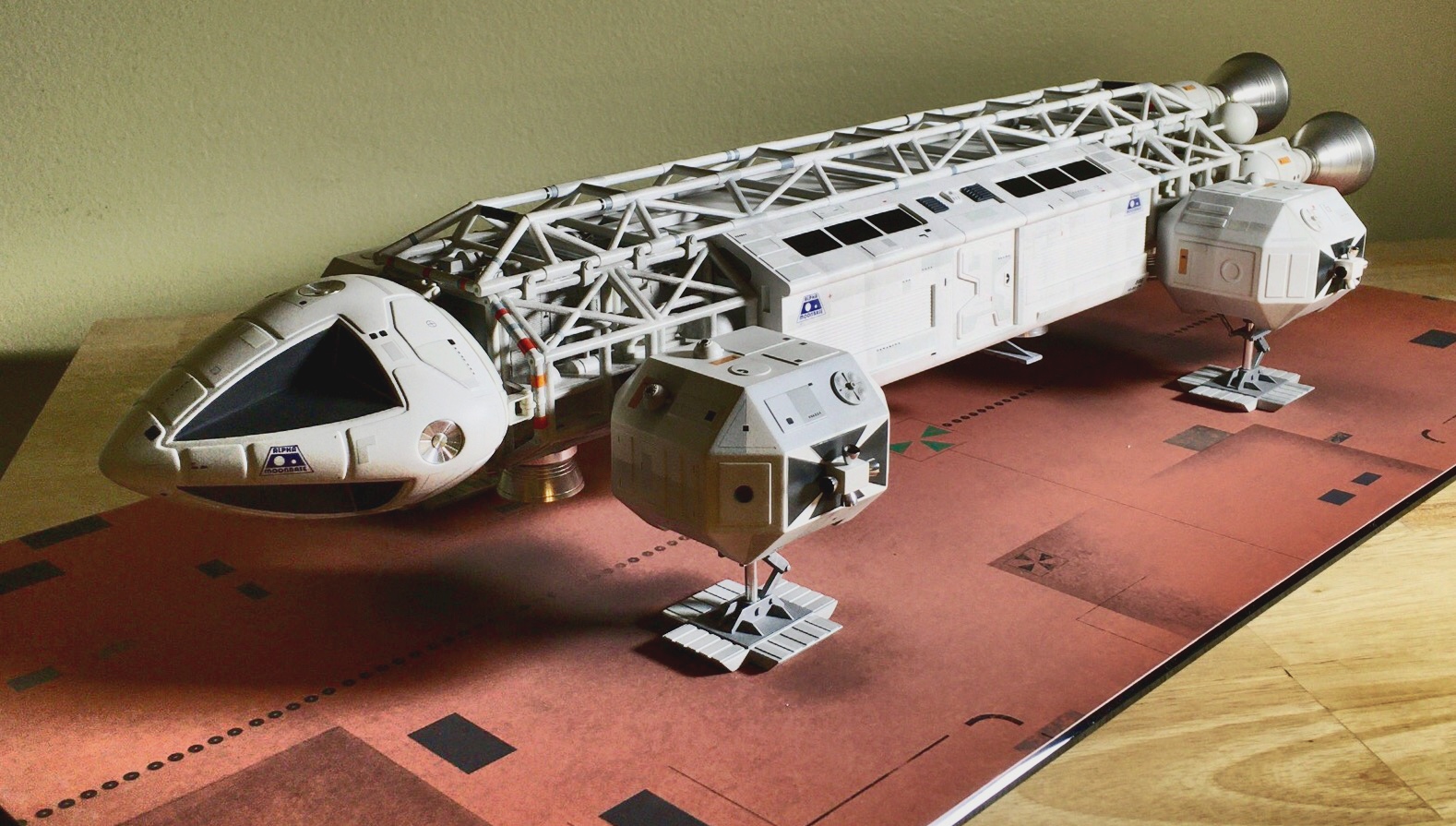 Beautiful! Absolutely beautiful! This is shown with the accurate landing pad graphic, which is sold currently! (Click HERE to purchase one for your own Round 2 Eagle build!).

Steve put 150 hours of work into the Eagle, with much time spent removing seam lines and fixing other defects in the kit. The complex and subtle weathering was also time-consuming, but the reward is a beautiful half-scale representation of the show’s hero 44-inch Eagle miniatures.

The show’s three hero Eagle miniatures were repainted several times during the show’s two seasons, and they rarely look the same from shot to shot. These specific markings and gray panels covering the Eagle were designed by me after weeks of research, and printed as dry transfer sheets (so that Steve would not go crazy placing them all!).

Mike Reader’s aluminum sensor dishes were used in the Command Module. The many rocket engine bells are turned aluminum, from Round 2’s accessory kits.

The landing pad base visible in some shots is a 22 x 12″ graphic designed by me from study of rectified screen grabs of the show. Steve had it professionally printed on heavy photo paper with a matte coating for durability, and it’s attached to a custom-cut plastic sheet to form the model’s base. 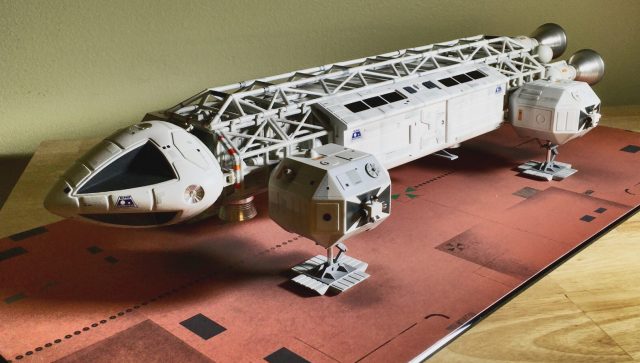 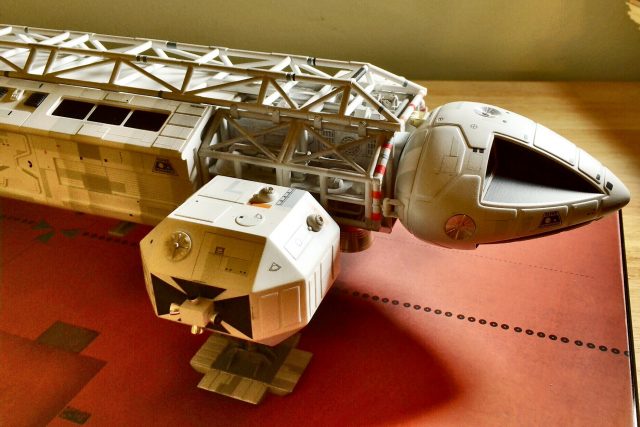 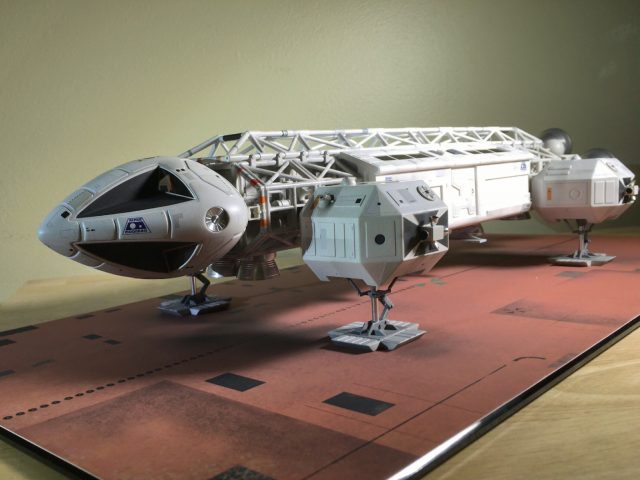 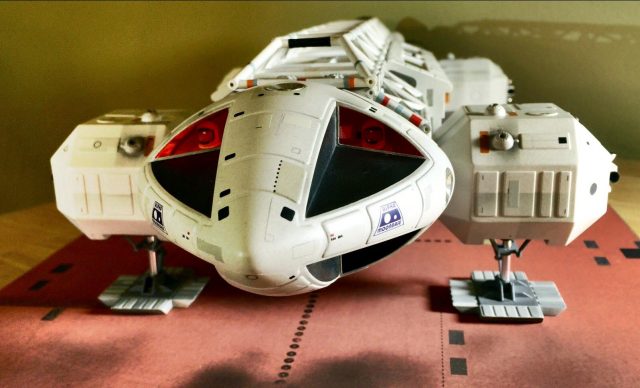 To view more Photos of this Space 1999 Eagle, click the VIEW MORE Button Link below…