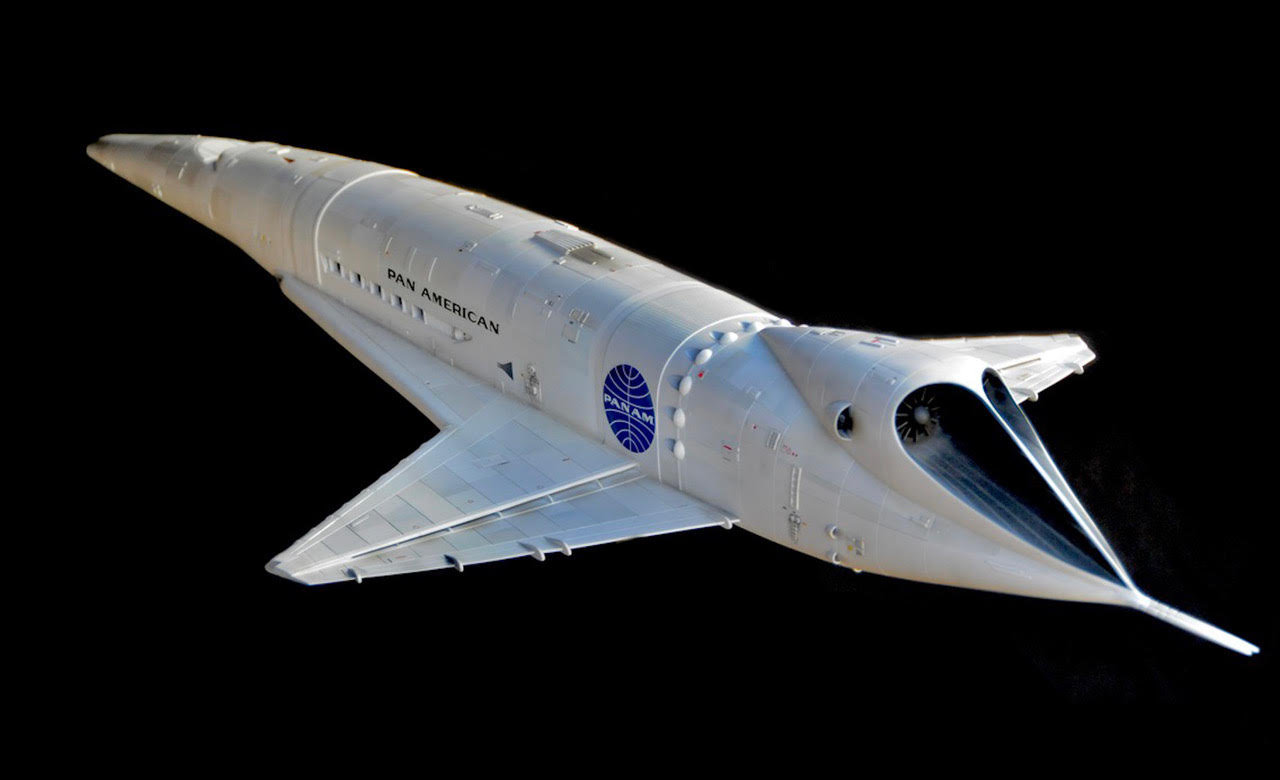 This is the Atomic City/ Captain Cardboard version of the Pan Am “Space Clipper” from “2001” — also known as the “Orion” space plane. The out-of-the-box kit hull was puttied and sanded smooth to accommodate custom-scribed panel lines and over a hundred replacement detail parts. The finished model features a full, scratch-built interior. 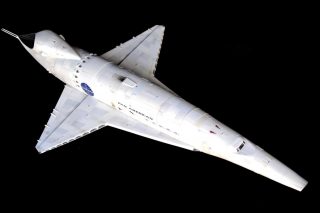 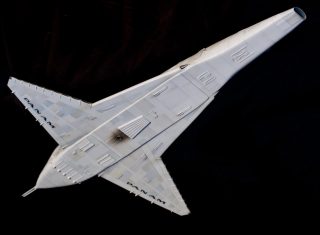 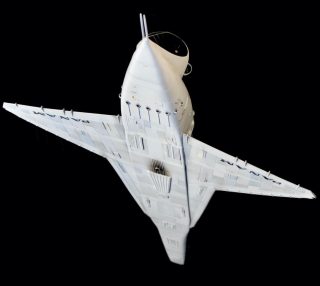 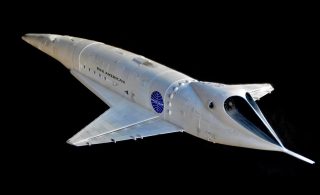 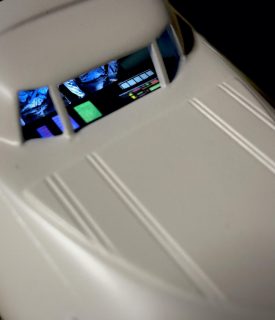 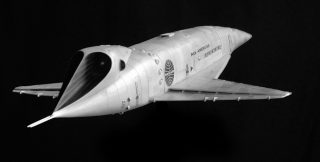 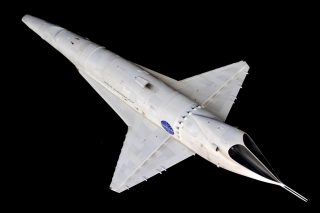 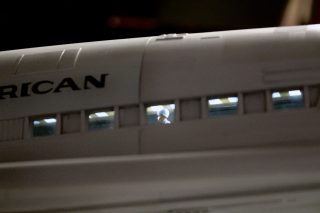 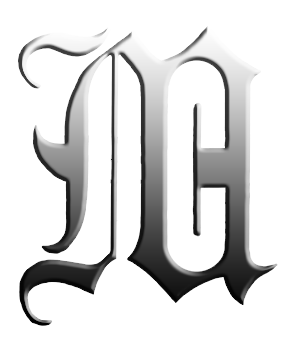