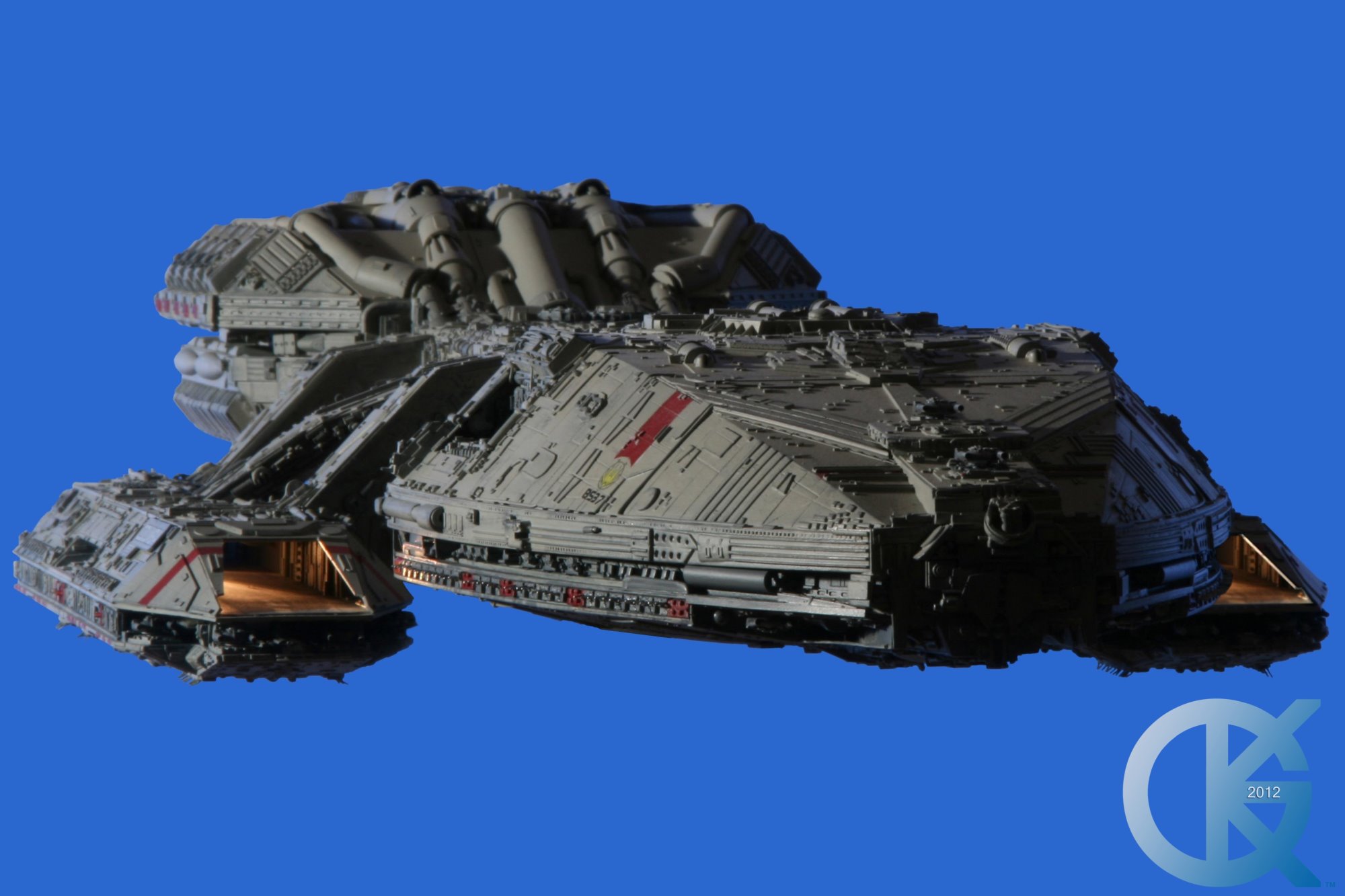 Back in 2011, artist Clifton Simmons contacted me about a 1/2 studio scale Battlestar he was scratch building. It would be a unique Battlestar in it’s modified design to be a mix Eric Chu design from the Ron Moore Series, and the Classic Series, not to mention have some resembling features of Brian Larson’s Re-Imagined Battlestar (SEEN HERE). This designed thrilled me so much, and Clifton created it so well that I had to have it. Clifton then sold it to me and I took these Blue Screen Photos of it that you are viewing today. I love this piece. That stated, I was getting ready to change out the entire collection to be of even larger display pieces, and a friend of mine, Collector Richard Sung, showed great interest in having this great piece in his own Collection. This piece resides in that Collection even today. Truth be told, I wish I had it back! LOL. Ahh.. well…It remains in good hands.
This model was built without lighting, so I used pen-sized flashlight trickery for the Bays, and a bit of Photoshop for the rear engine lighting. That, along with the Blue Screen Photos of this great model, made this model look as it was envisioned. Artist Clifton Simmons did a tremendous job. Please enjoy my Blue Screen Photos of his creation.
Kurt Kuhn
Kuhn Global, Incorporated
Modelers Miniatures & Magic

Above: Kurt Kuhn with the Clifton Simmons Battlestar Columbia 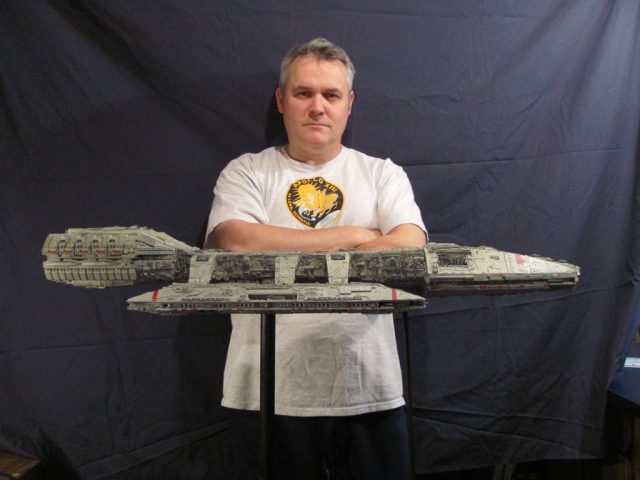 Above: Clifton Simmons standing behind his Battlestar Columbia creation. 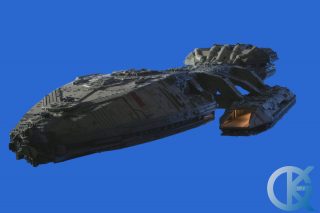 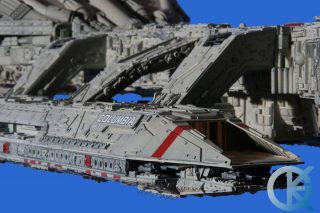 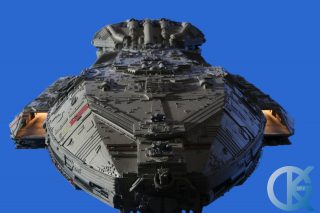 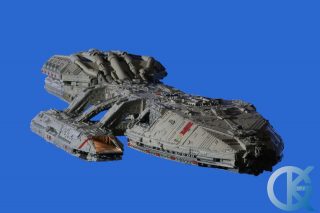 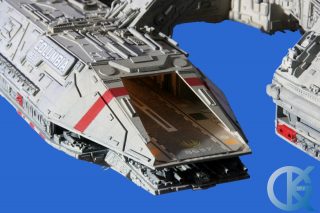 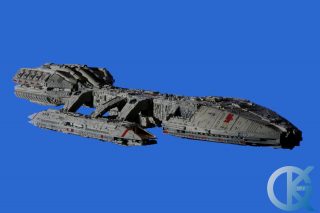 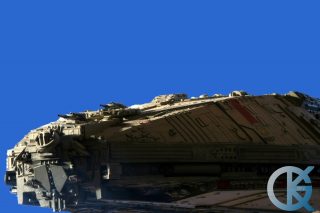 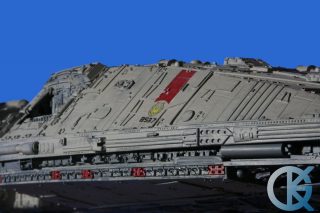 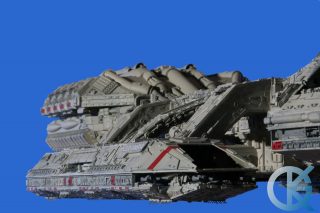 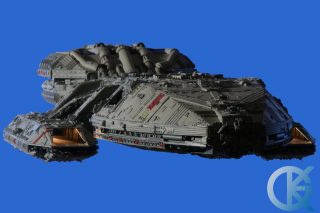 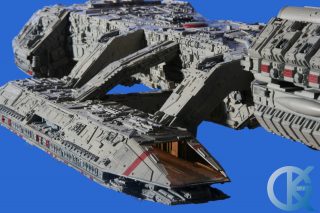 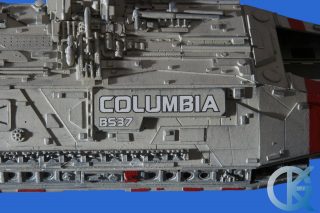 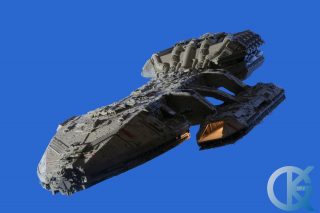 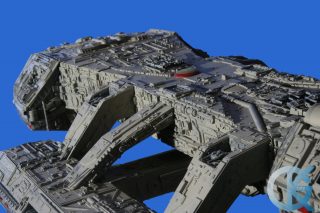 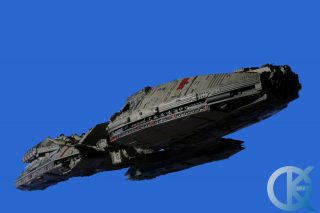 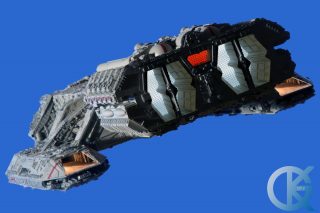 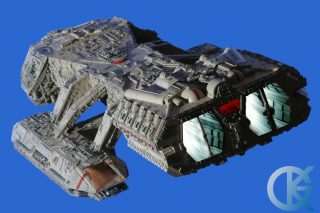 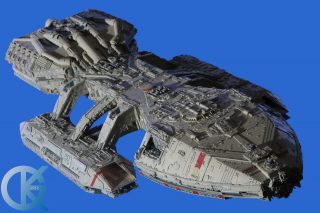 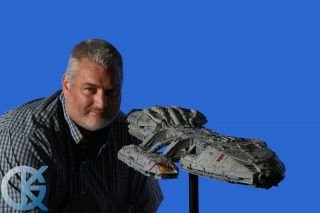