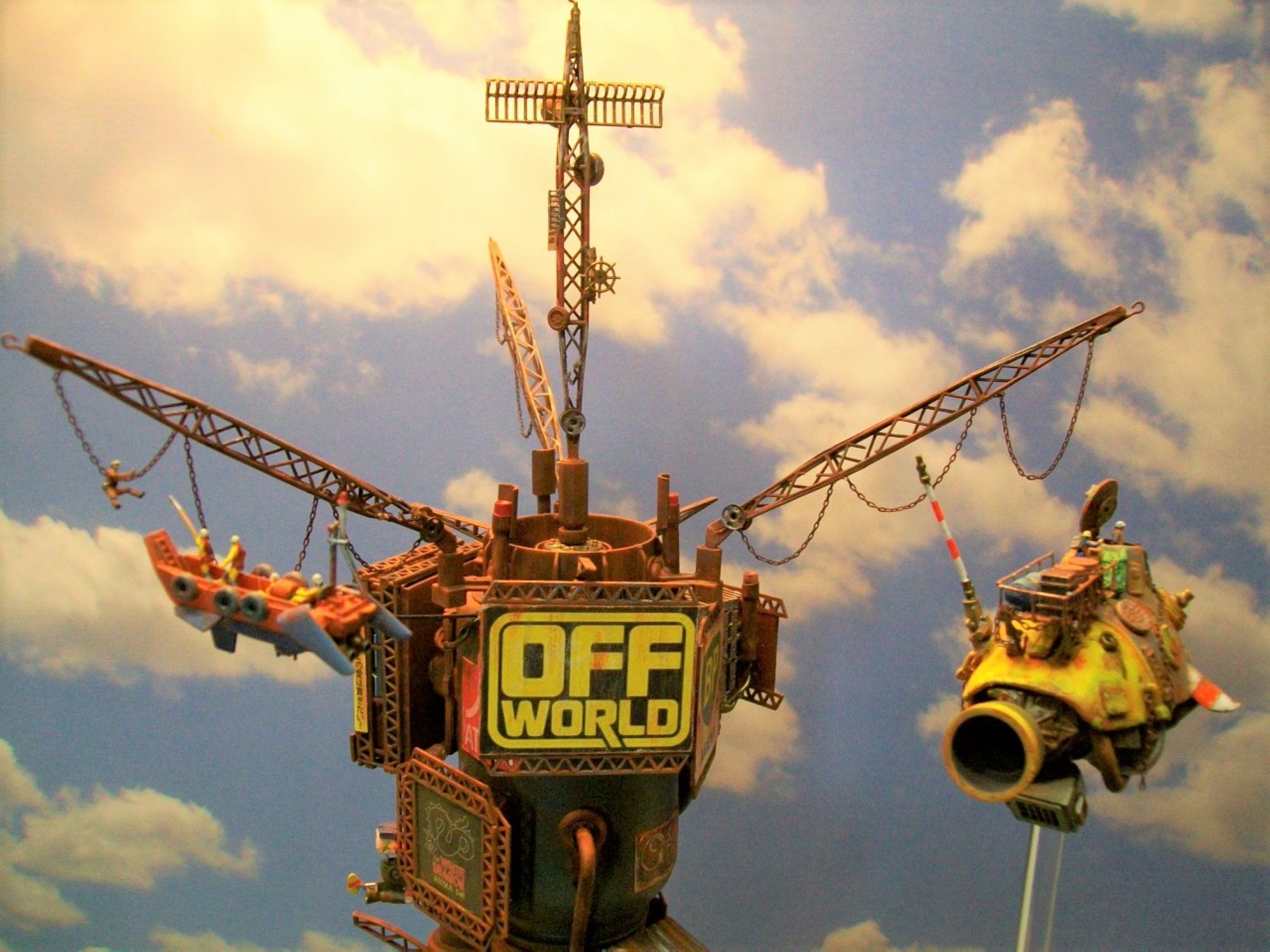 Once upon a time, (modelling) life was simple. I was content to build kits and scratch build from various Gerry Anderson series, assorted Sci-Fi television and movies, and Japanese anime mechs from the 80’s & 90’s. And then it happened; I stumbled across a posting in “Concept Ships” featuring the work of artist Ian McQue. His color palate and subjects of flying junk boats traversing through the air, defying gravity on some future/past Earth or other planet was inspiring! This was 10 years ago, and from then on he has lived in my head rent free. So for this latest project I decided the best way to “purge” was to build a small fleet of ships to get him out of my system. As usual, the plan failed. The project got out of control with a final tally of 5 boats, and an anchorage to tie them all together.

The “Tofu Tower”, and the airships are all scratch and bashed models built at a scale of 1:148 (British N scale). Basically anything I could get my hands on that would work, and then weather the crap out of everything. The diorama is fluid; the tower and two larger ships are on magnetic bases which can be re positioned on the steel plate base however I choose, except the heights do not change. The three smaller ships are attached to the tower. Follows is an explanation of all the components.

The tower is cobbled together from various empty vitamin bottles, and of course Kinder and Zaini eggs. Other bits and pieces, architectural and laser cut parts, and a string of lights intertwined among the structure. I chose the name “Tofu Tower” from the “Blade Runner” structure, “Sushi Tower”; my favorite of all the buildings in that film. (I am vegan; no fish please…). Also added a pinch of Chris Foss in there! The anchorage is a seedy out of the way place for rest, relaxation, and supplies. Check out the Visitor’s Guide for an explanation of all the various parts and features. The model itself is 24″ high.

The largest ship, the heavy lifter “Malcolm Victor”, or the “Big Mac”, (8″ long), is named after my father, a master modeller in his own right and Royal Navy expert. The core is a dead Dremel casing with all sorts of bits and pieces bodged on the outside; greeblies, nurnies, and good ole dollar store finds. Ship number two, the grey submersible-like vehicle (3.5″ long), is actually based on an Ian McQue sketch, “Hiya!” That is just an acrylic scoop with mechanical parts and coil springs dangling underneath. Frachtschiff Gertrude is a small freighter (5″ long), docked at the tower, but can be removed for photo ops. Main hull is an engine nacel from a Mosquito model. Cargo are various train accessory parts. All figures used in this project were Graham Farish N scale figures. The last two skiffs are 2″ long each. The taxi up near the Zevon tank (no name), and then a rescue boat up at the mooring masts. The RNLI lifeboat was inspired by the BBC series “Saving Lives at Sea” which I watched during the construction of this project. A small tribute to the many brave volunteers of the Royal National Lifeboat Institution!

So is this it for junky airships? I hope so… Next project is already in progress, and the letters F-A-B figure prominently! 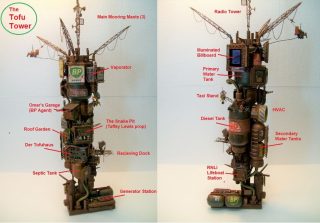 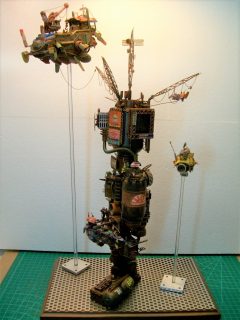 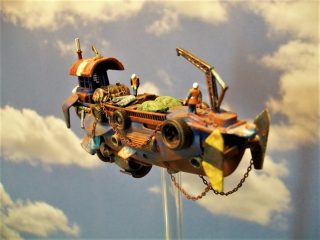 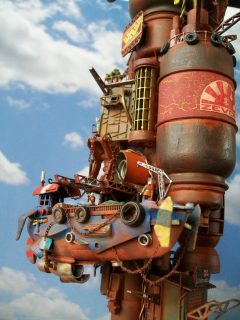 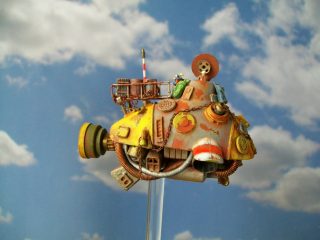 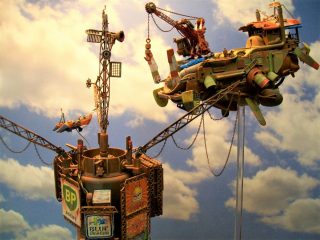 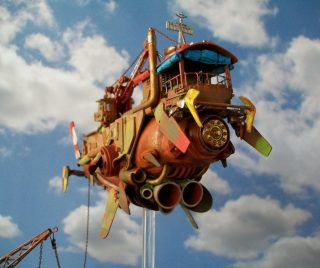 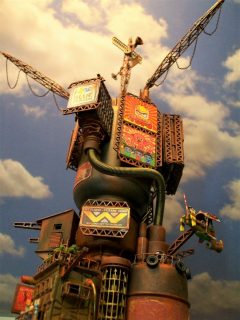 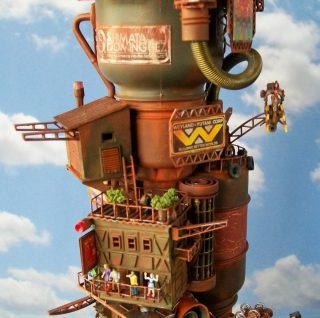 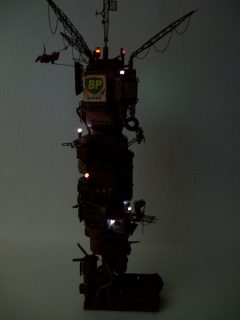 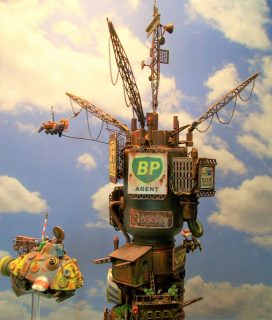 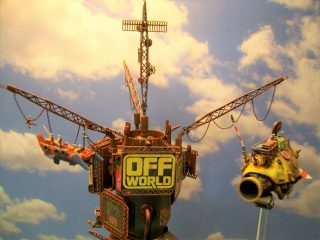