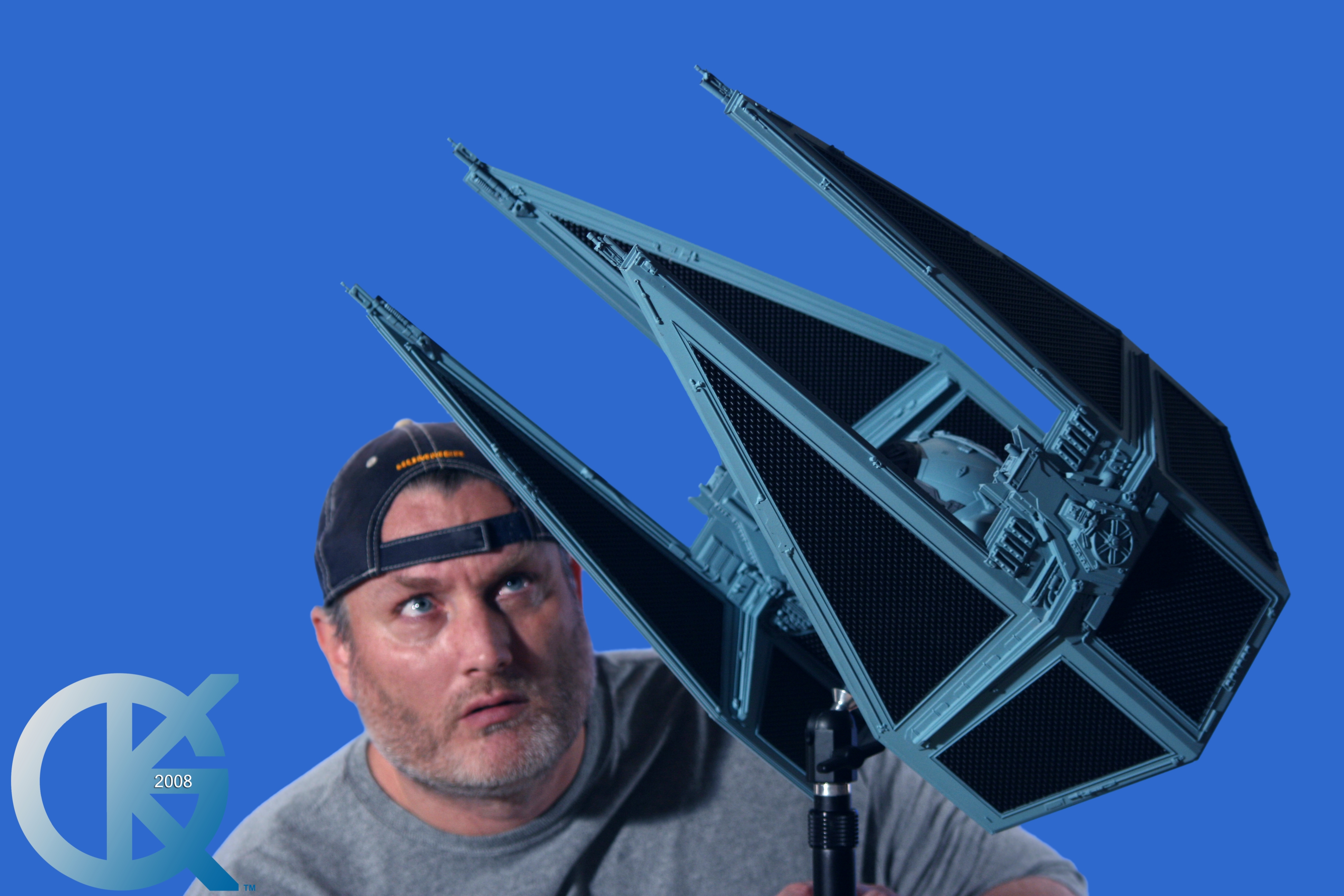 This piece was originally shown here on Modelers Miniatures & Magic back on January 19, 2009 and still adorns the Collection here today!! Built by artist R.L. Bleecker back in 2007 from the original studio scale NICE-N Model Designs kit that was patterned by John C., I finally was able to take photos of this amazing studio model replica on March 31, 2008. As with the regular TIE Fighters, being BLUE made it very difficult to photograph in front of my Blue Screen. Nevertheless.. I gave it a go, and here is the result from 12 years ago! I must admit that everyone involved did a magnificent job bring this to life, especially R.L. Bleecker, who truly made this amazing. I am grateful. I could not resist placing the Interceptor between, and slightly in front of, two of my original NICE-N Model Designs studio scale TIE Fighters. The cockpit balls are actually exactly the same size, with the illusion of the Interceptor having a larger ball due to it being much closer to the camera when photographing them together. Just as we viewed in the Trench Scene in 1977’s STAR WARS. Luckily my depth of field is fantastic on the Canon Rebel SLR I used back then. What luck, right? As usual these photos have been idealized with the evening of the Blue Screen behind the model for single-click Composite Artists to work with. It is much more clean in the end. I hope you enjoy this piece as much as I have!
Peace be unto you
Kurt Kuhn
Kuhn Global Incorporated
Modelers Miniatures & Magic

Below: Kurt Kuhn with the TIE Interceptor Studio Scale Replica 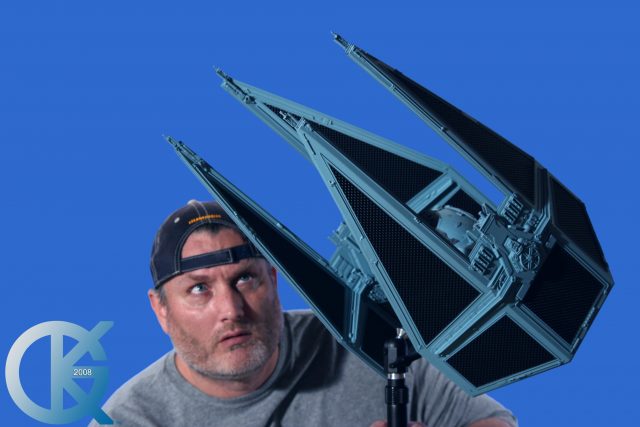 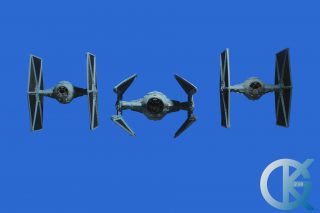 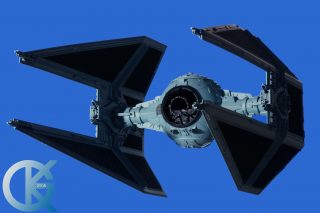 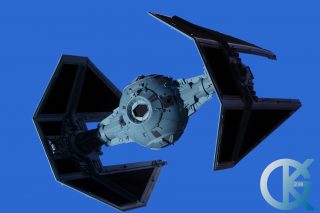 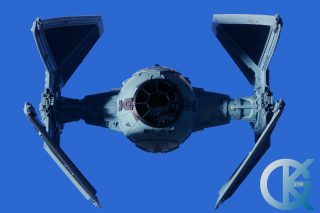 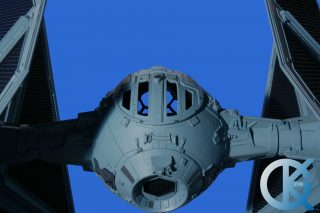 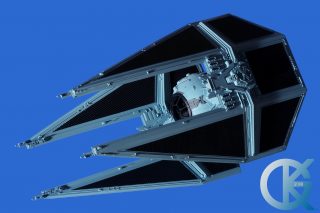 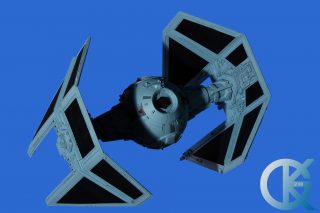 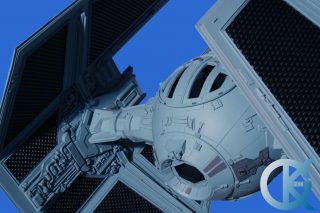 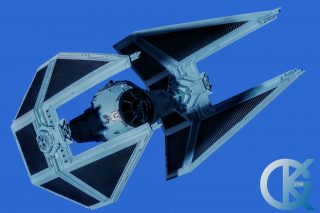 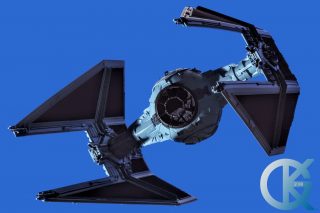 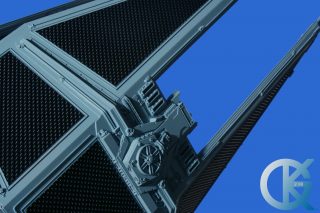 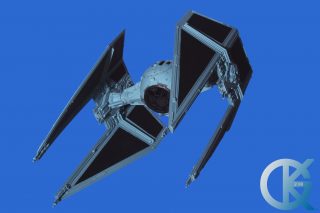