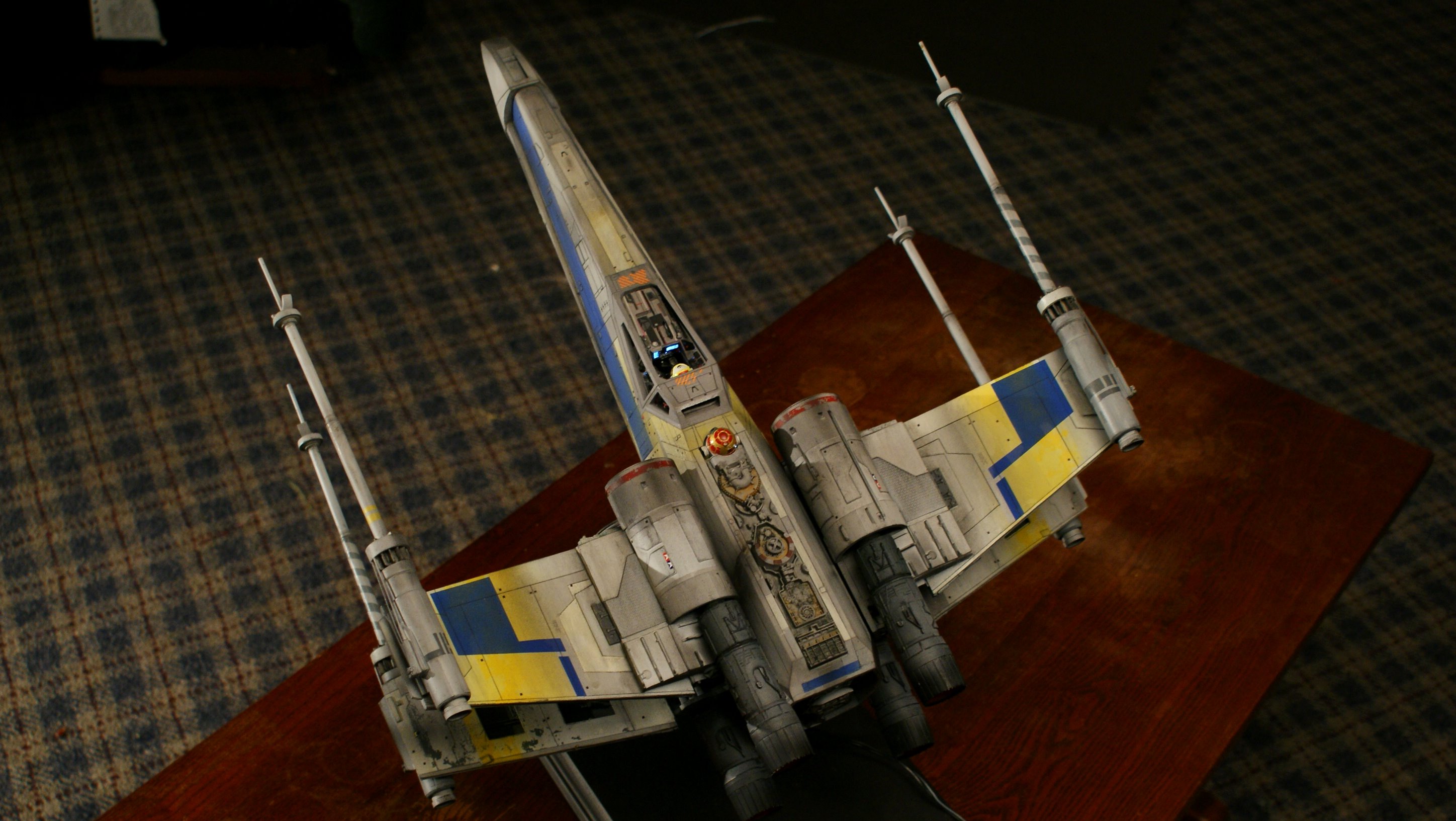 Originally the Yavin attack force was to be Blue Squadron, but the blue markings created too many problems with the compositing process. The first X-Wing model to be made was Blue-1, which was painted and sent to London to be used in the building of the full sized prop. This model represents the original Blue-1, but has been weathered to better match the final look of the filming models. (BTW: The Blue-1 model was repainted and became the Red-2 Hero Model. It was on tour with the Star Wars museum exhibit. The decals and much of the original paint can still be seen).
Lee Justin 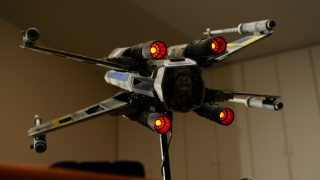 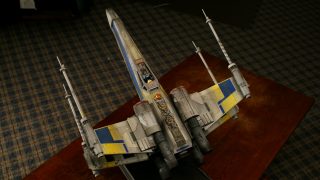 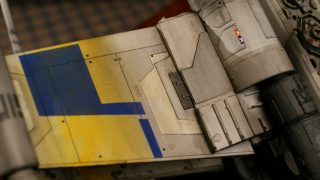 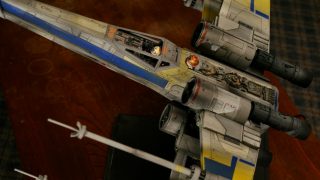 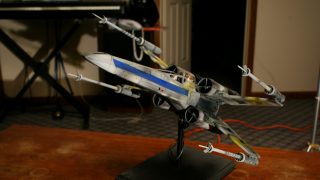 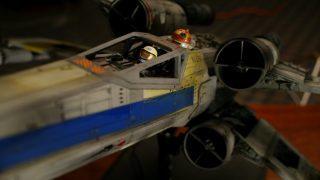 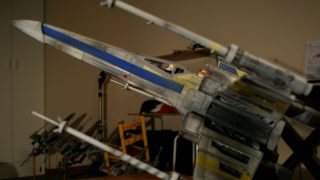 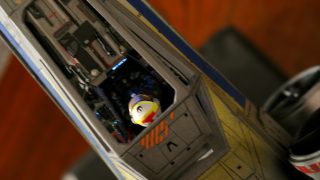 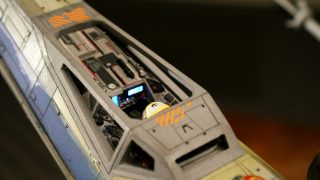 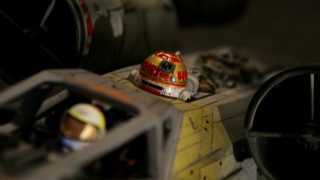