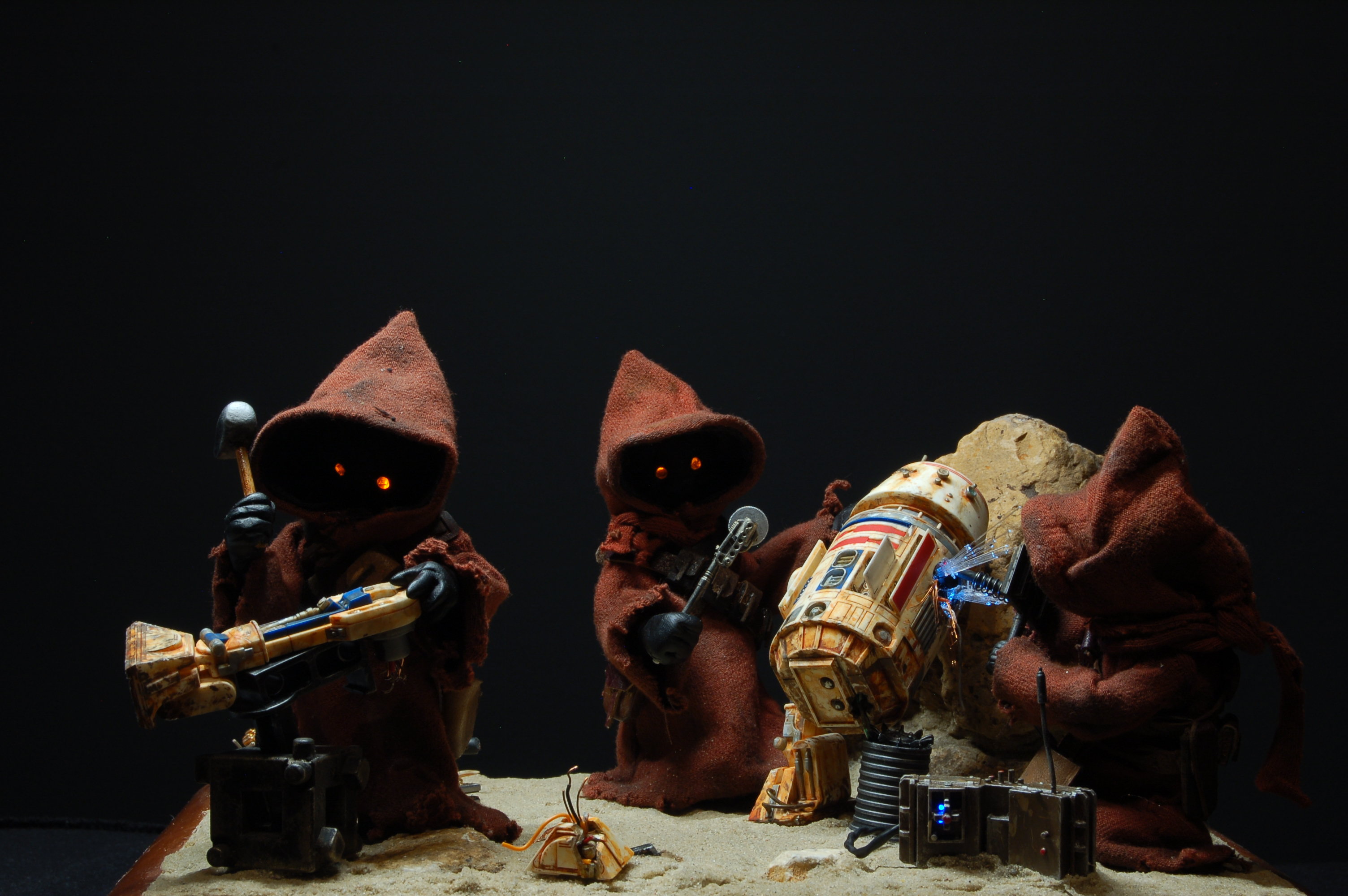 My name is Grzegorz Kozłowski. I am 46 and I live in Poland. I have been a model builder for three years, and a fan of the first Star Wars saga since I was a child. In the 1980’s it was gray and gloomy in Poland due to imposed communism after World War II. Even the newspapers were black and white. Then, in the 1980’s, when Star Wars first appeared in Poland theaters, I was 9 years old … and I saw all of the colors! Since then I started to draw and paint. I borrowed pictures from my friends of the film’s and I painted. It is my passion, and now modeling has come along as well. This is not my paid work but a real passion.
Now about my new Bandai R5-D4 project 1/12 scale.
I started the project in January 2019. I was thinking how to use R5-D4. I had various ideas, and one day I saw brown socks in a store, and the idea came to me. I started to sew, which I am not good at. At first only three Jawa’s were to be in love, and R4-D5 there too. But after a while the diorama expanded to working Jawa’s,.. so I started to add various additions. I had a problem with what to do their hands. But I remembered that there was modeling clay and I used it for three of the Jawa’s. The fourth has hands that I used from the Boba Fett Bandai kit.
I invite you all to my Facebook and YouTube pages, where I show more of my works.
Grzegorz Kozłowski 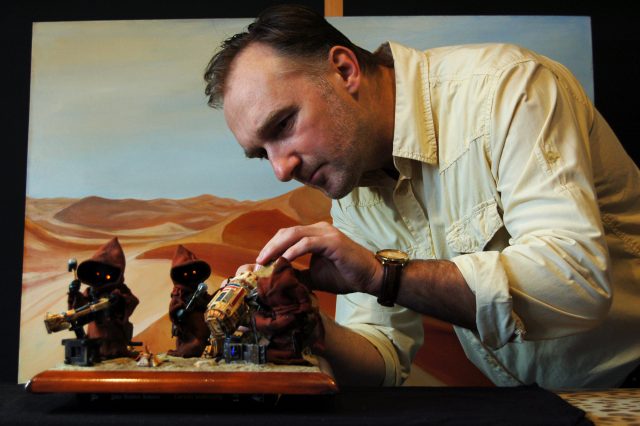 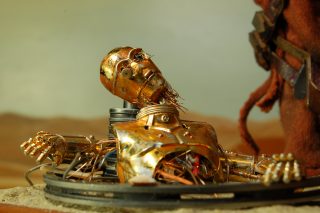 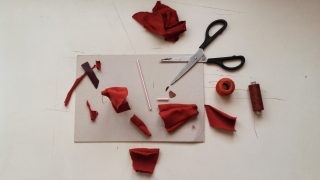 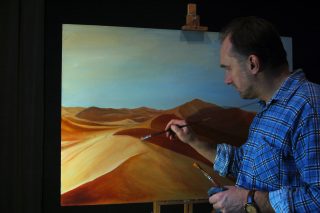 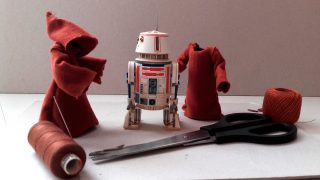 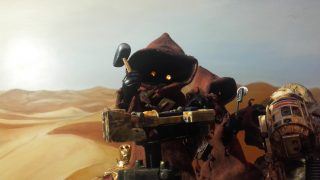 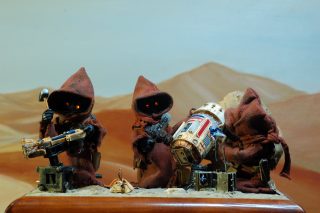 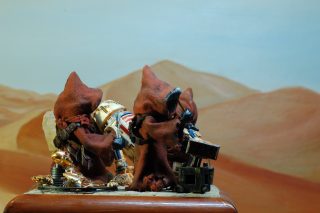 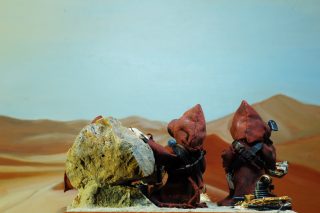 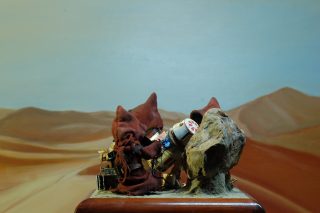 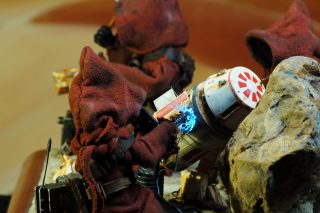 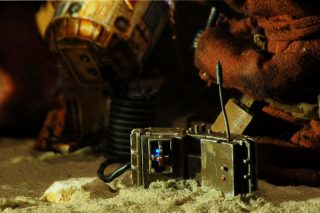 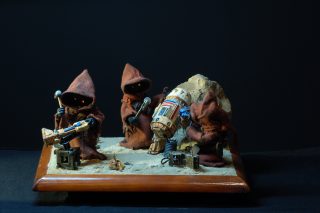 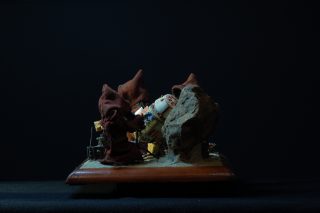 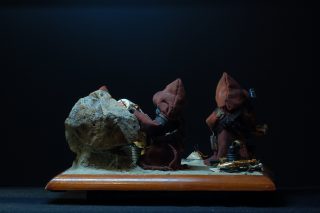 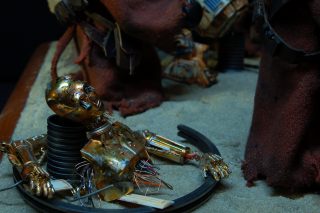 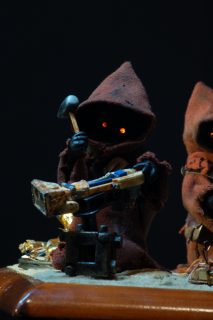 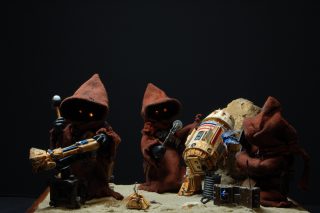 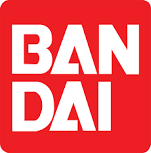