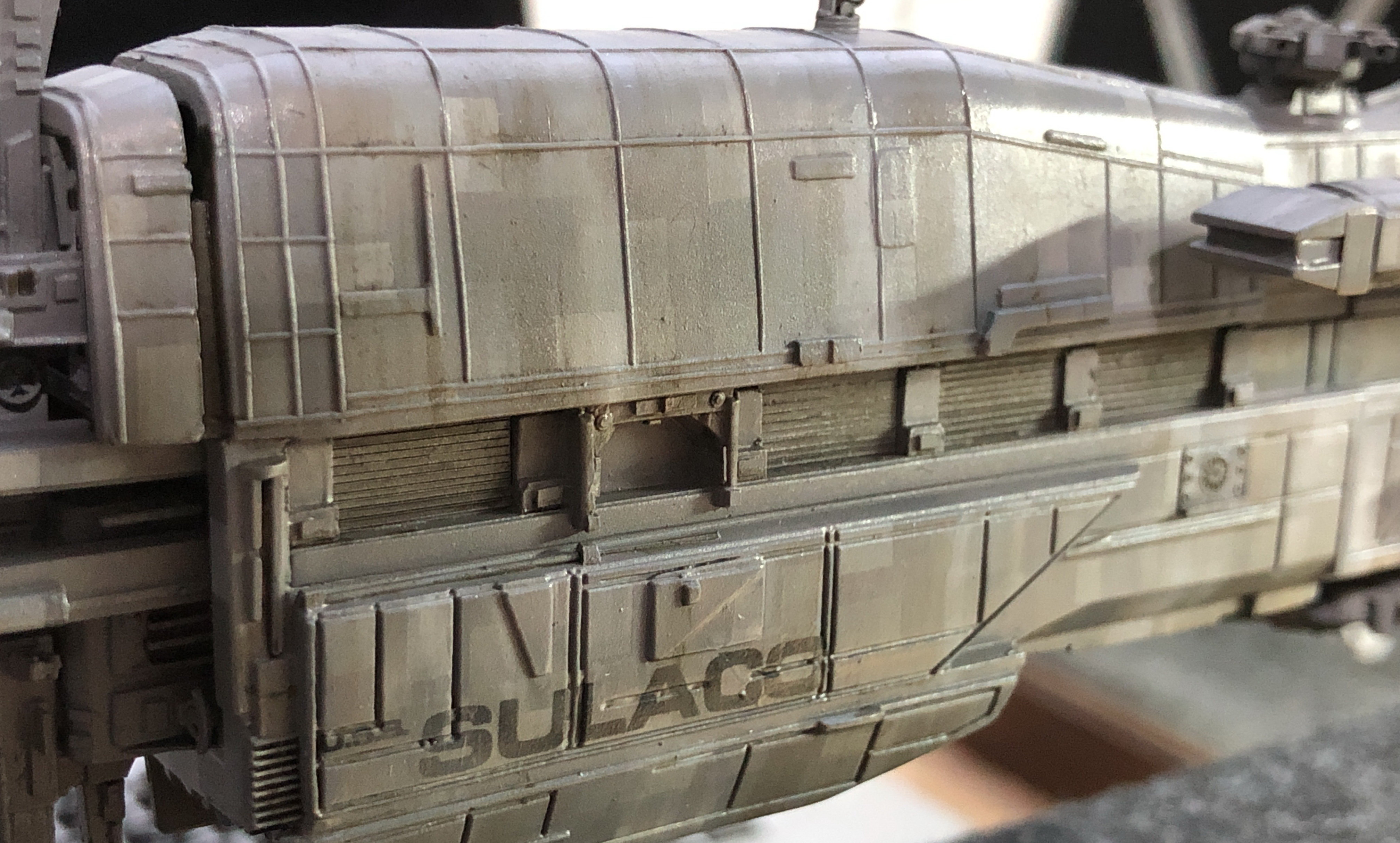 The Sulaco is named after a fictional town in Joseph Conrad’s novel Nostromo, which is also the name of the ship from the original Alien. A number of other names in the franchise are based on Conrad’s work as well.

Some scholarly research into the symbolism of the Alien franchise has considered it significant that Sulaco in Conrad’s Nostromo is the home of the owners of the silver mine figuring in the book, while the Sulaco in Aliens transports soldiers to investigate unknown troubles at a corporate outpost of Weyland-Yutani and to protect their investment—drawing parallels between the “corporate” owners in Conrad’s work and the shadowy business entity forming a central part of the Aliens franchise.

This is the USS Sulaco from Halcyon in 1:2400 scale. Lots of additional detailing with styrene sheet and some photo etched brass parts were added. It was airbrushed with different shades of grey using tape for aztecing, after that a filter was applied to break the hard contrast of the panels. Pin washing, weathering and streaking finished the build. Last was to make an appropriate Case for this great ship. The case socket is made from “Elsbeere” … some might know it as Swiss pear. 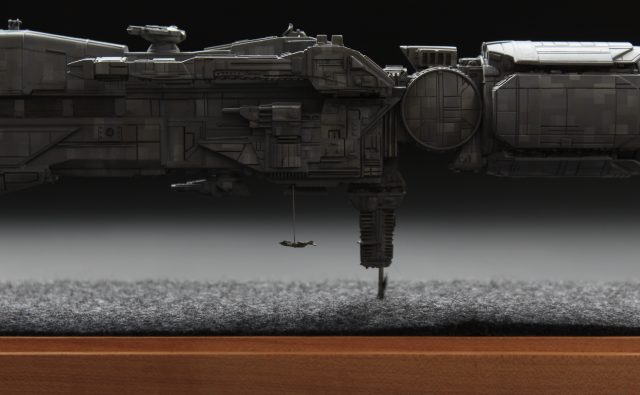 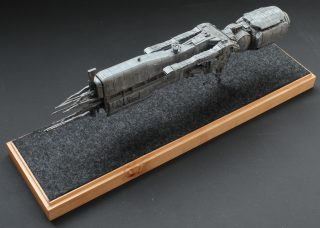 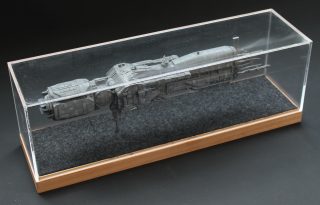 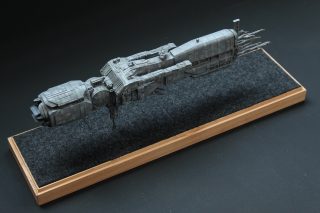 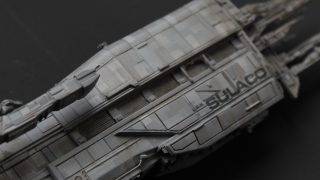 …While Still in Progress… 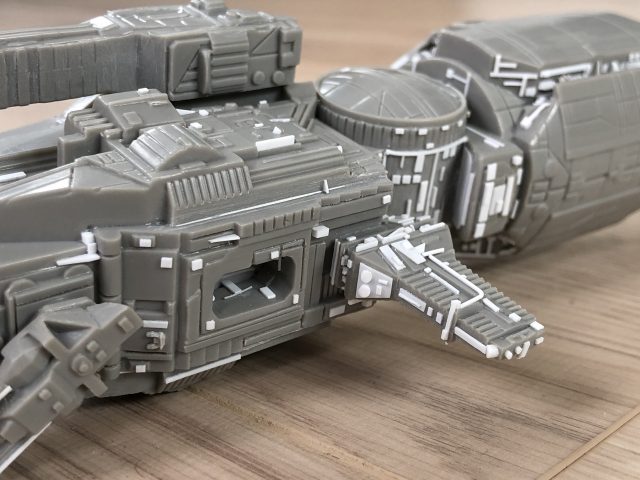 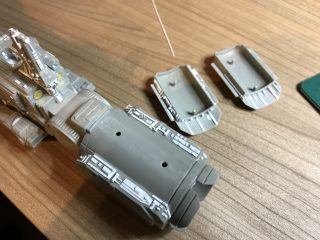 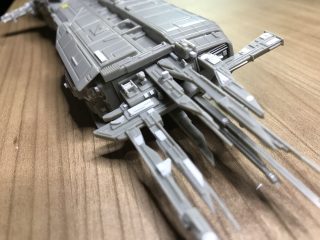 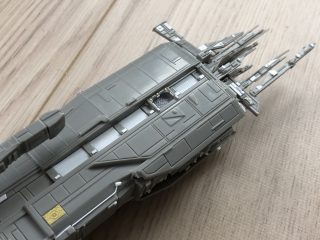 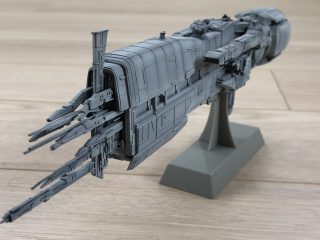 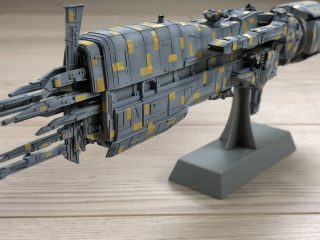 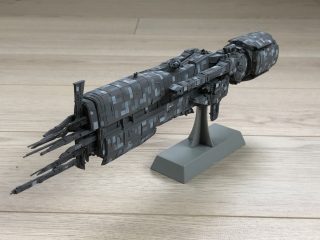 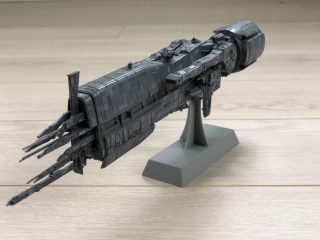 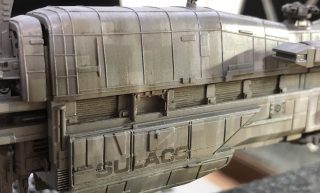 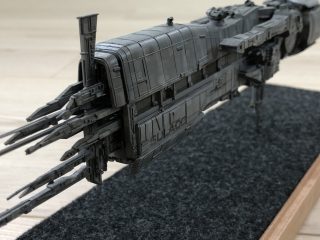