I wanted to show some images of my YT-300 (yes… 300) ship I’ve been working for the past few months. I am getting close to finishing up and thought you all might enjoy seeing some updates!

The YT-300 is in 1/6 scale. It’s been a lot of fun to work on but I am DEF ready to get back to the full scale projects. The detail work you see is a combination of 1/35 scale tanks parts and laser cut styrene and acrylic greeblies and “armor plating”. ALL the laser cut parts have been designed by me. So… lots of time spent at the computer. : )

My initial idea for the ship was this…

The YT-300 was originally commissioned, by the Corellian Eng Corp, to clear debris (usually small to medium asteroids, meteoric debris and the occasional ship wreckage) from out lying shipping lanes within the republic. Their heavy armor plating made them almost impervious to the occasional debris strikes and their engines were powerful enough to move the larger asteroids with ease without compromising the integrity of the main hull. Their structure was solid. But the extensive armor plating made them slow and clunky. Although, in their original configuration, they were able to reach light speed, they lacked the maneuverability where most modified freighters and fighters excelled. Smugglers quickly realized that with the removal of the twin grappling arms, a s/w update to the main control drive, and removal of nearly 50% of the armor plating, she was now a formidable player within the smuggling community.

Although there wasn’t a lot of space within the hull in its commissioned configuration, once the crew quarters (usually 4) and the “debris clearing” equipment were removed there was enough space to conceal whatever needed to be smuggled. As mentioned above, the grappling hook / control arms were removed in favor of the common quad laser setup and a radar dish was installed in place of the viewing port that controlled the grappling arms.

She was MUCH smaller than most freighters of the time. At nearly half the size of the now famous YT-1300 model, the smaller size allowed her to avoid most Imperial radars. Even Imperial Check Points never suspected a freighter of that size to be a threat to the growing rebellion.

Below are my drawing / sketches. I also included a few images of the ship during earlier stages of the build. I also have a YouTube channel called “What a Piece of Junk” that showcases the YT-300 along with other full scale Star Wars related projects that include the full scale cockpit and other great videos on the way! 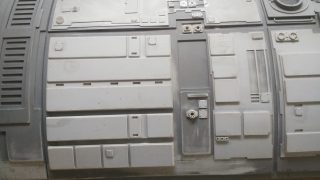 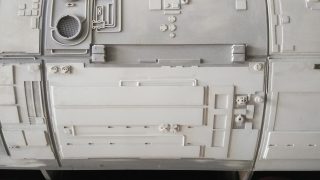 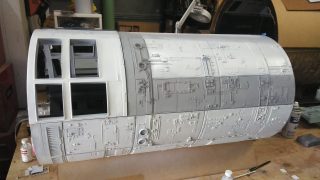 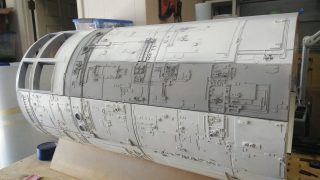 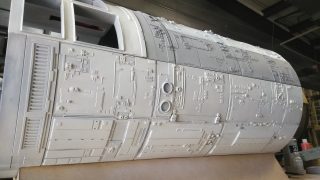 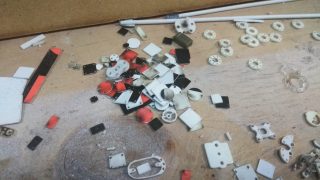 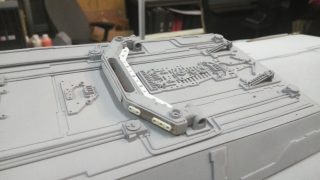 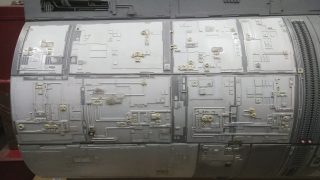 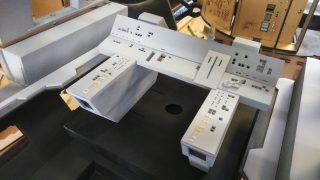 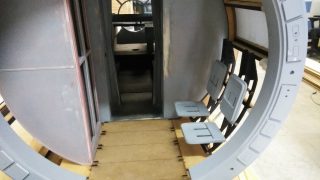 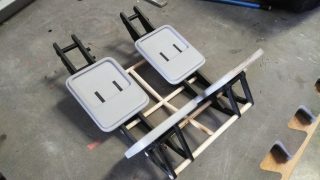 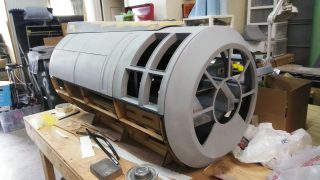 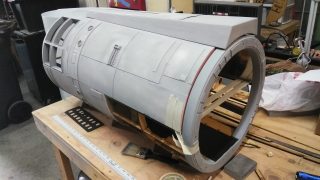 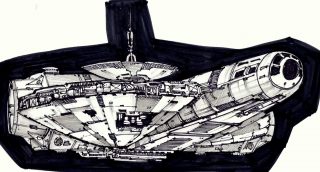 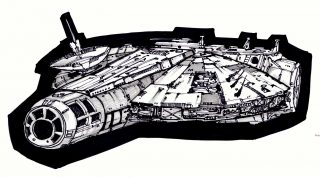 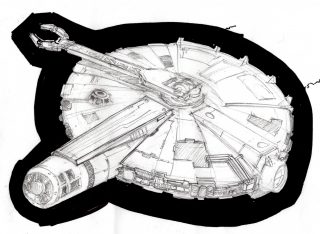