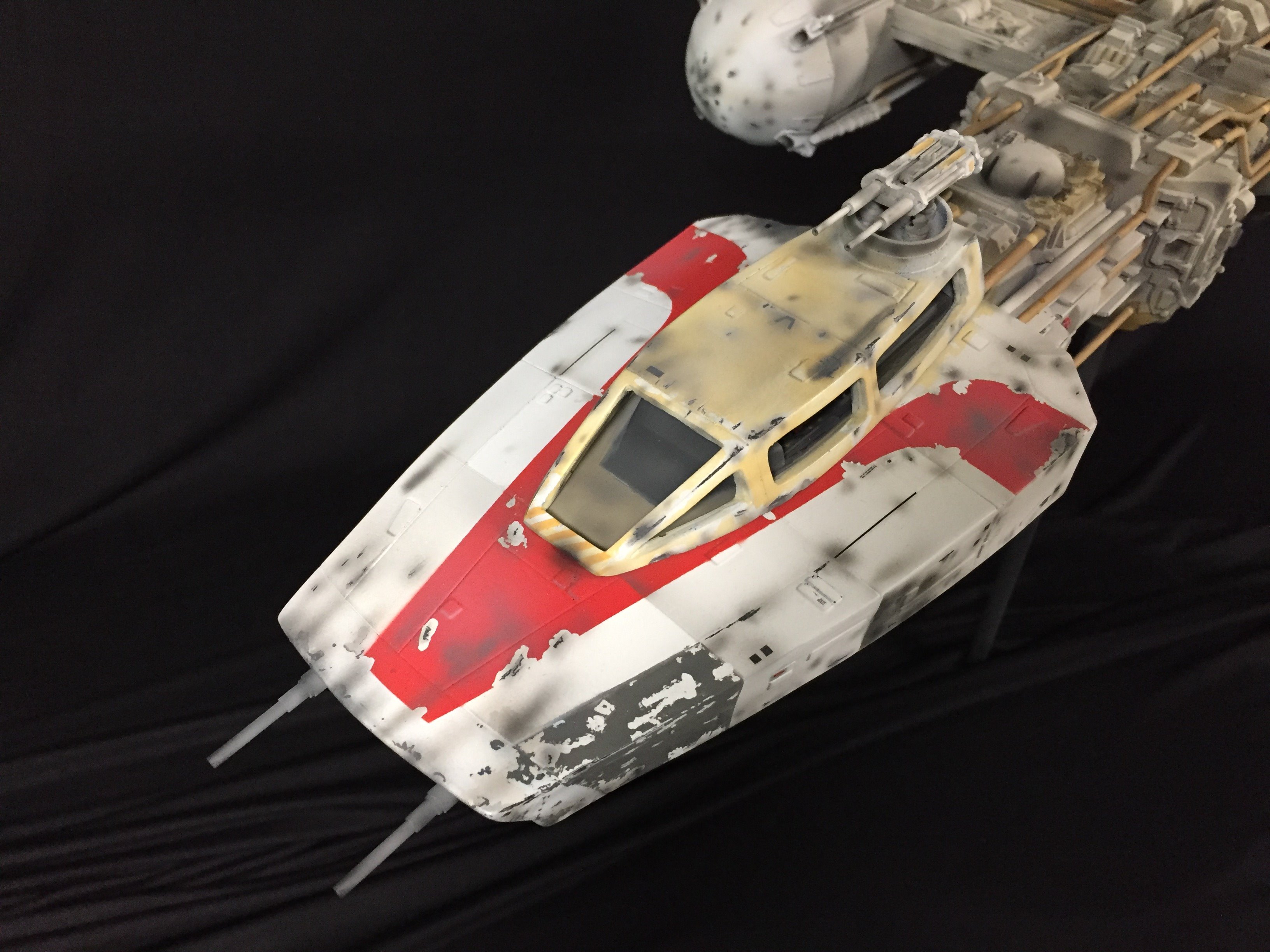 This is a studio scale Y-wing that I recently completed. I bought the kit a few years ago and I believe it is a Galactic Resin Kit.  I always loved the markings of “Red Jammer” and thought this kit was a great candidate for it. I was not going for screen accuracy and know some of the  details are not correct so I wanted to build it as a ‘what would Red Jammer look like in ESB or ROTJ?’.  I 3D printed the new neck using the files from DaveG on the RPF and added a combination of some original kit parts and parts from Falcon 3D Parts to get the kit to more resemble Red Jammer. I also used DaveG’s file to print a new torpedo bay. With all of my Star Wars builds I used Archive X paints and added extra blaster marks and damage to represent a later time of service with out getting to carried away.
I hope you enjoy!
Chad Cross
Cross Modelworx 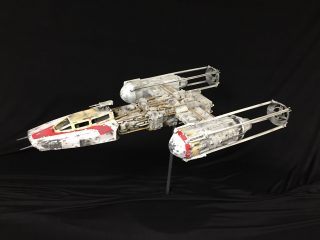 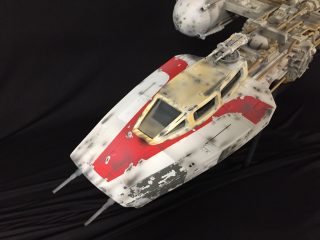 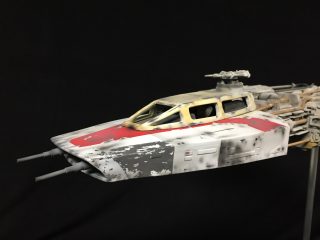 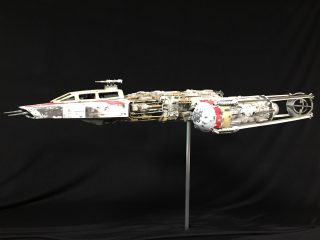 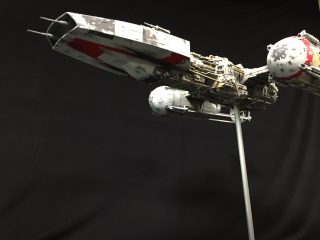 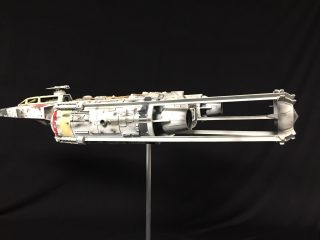 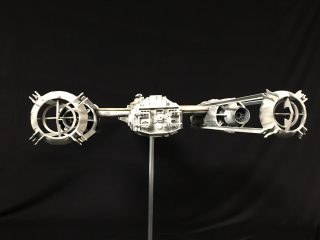 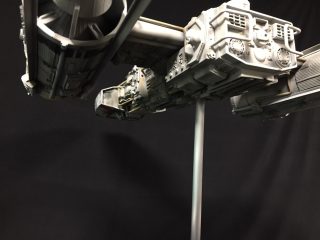 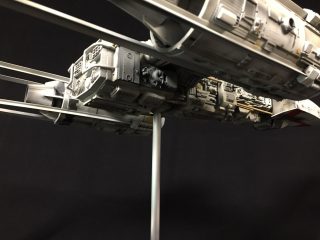 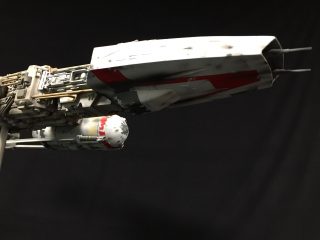 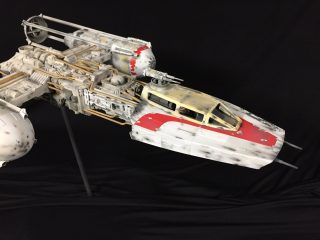 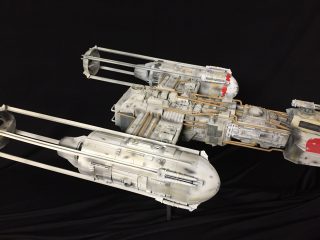 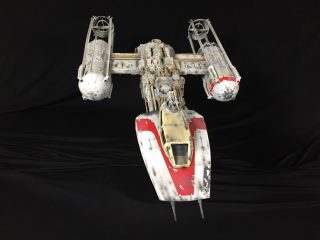 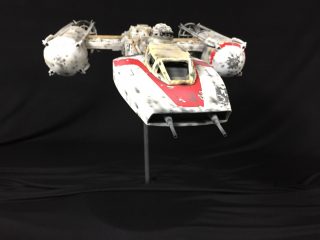 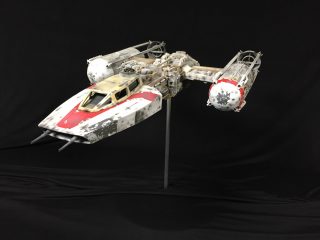 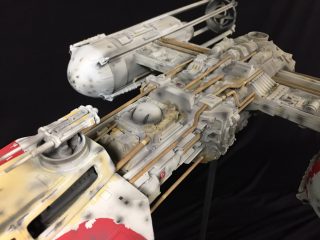 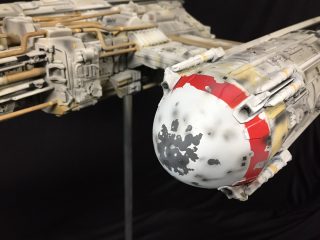 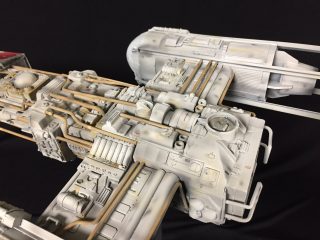 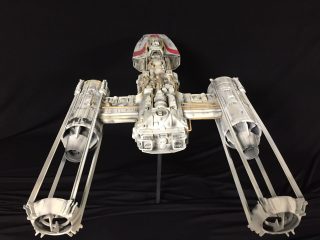 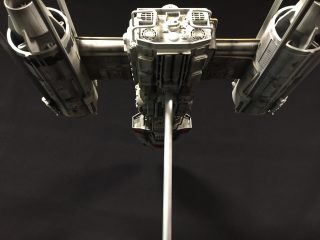 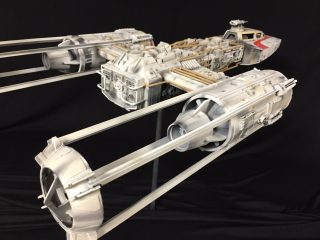 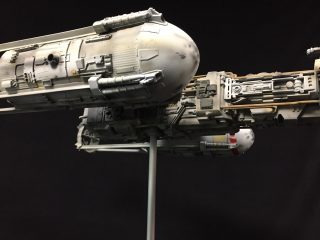 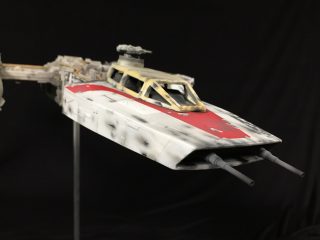 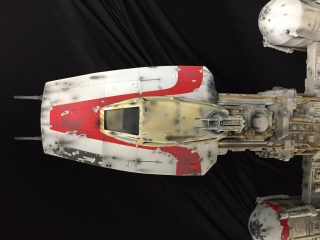 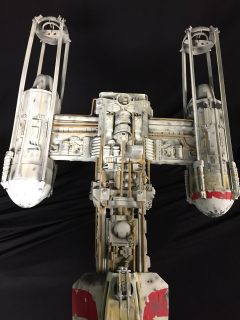 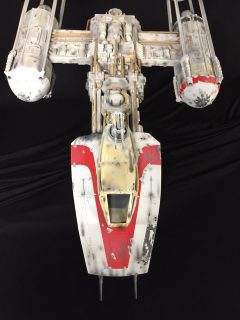 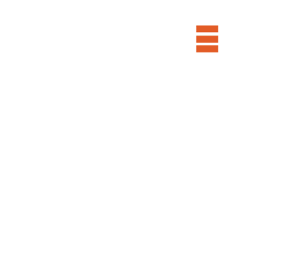