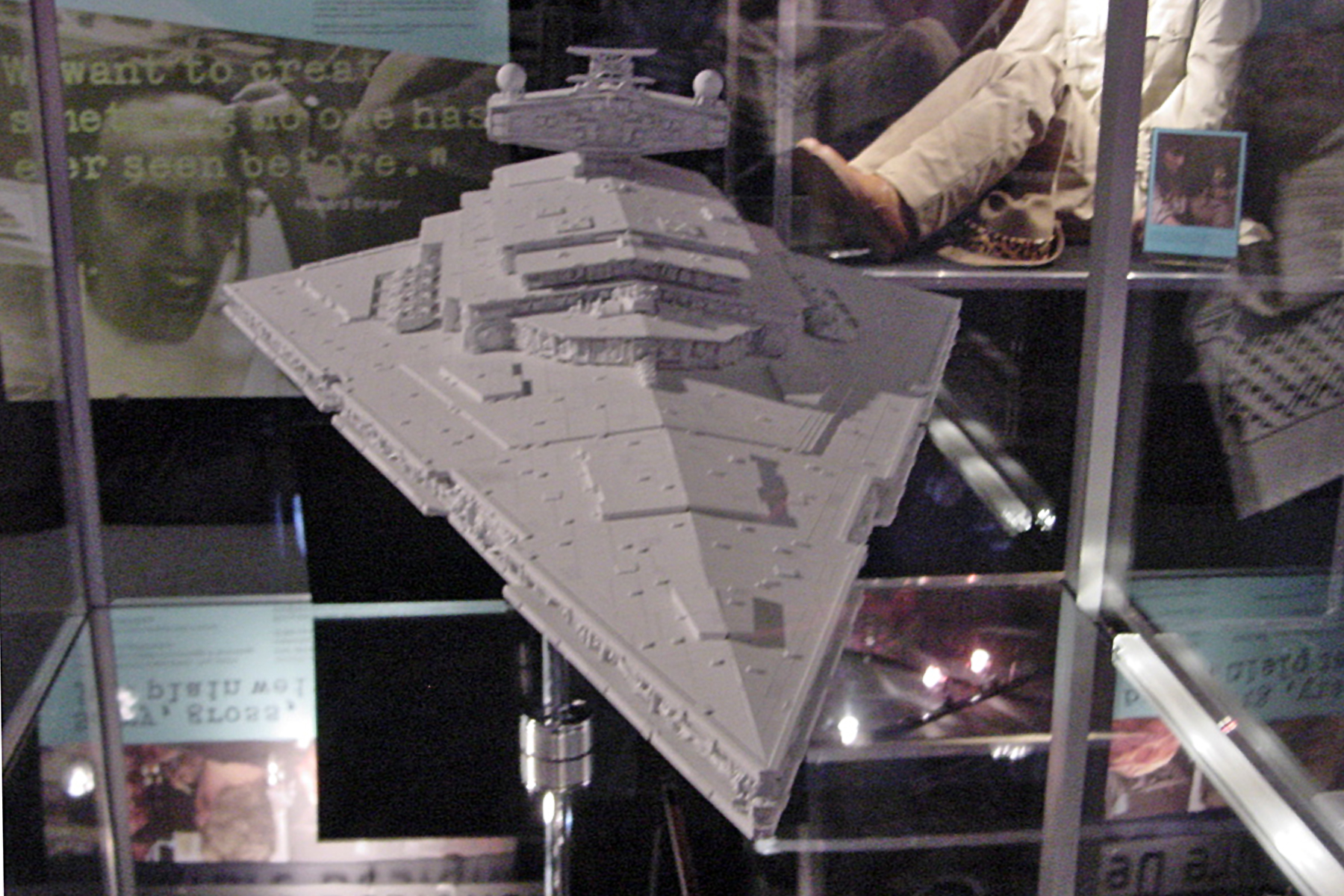 This is the first of a few models I will have for sale. They will follow after this sale is completed.

This is the second Star Destroyer I scratch-built. This model was on loan to the Chicago Museum of Science and Industry for four years (2005 – 2009) for an exhibit about movie-making. The exhibit was called Action: And Adventure in Movie-Making. It featured models, props and costumes from a wide variety of sci-fi and action movies. The exhibit began with the original Star Destroyer filming model from Star Wars: A New Hope. Lucasfilm decided to reassign that model for another museum exhibit exclusively about Star Wars. This model, now for sale, replaced the original Star Destroyer in the exhibit for touring. It appeared at the Liberty Science Center, NJ, then to the Carnegie Science Center in Pittsburgh, PA, and finally the Discovery Place in Charlotte, NC. It was displayed in an interactive booth where visitors to the exhibit could learn how motion control filming works; A joystick moved a small camera under the model to recreate the opening scene of Star Wars on a monitor. This model was displayed with such movie icons as the Arch of The Covenant from Raiders of the Lost Arch, the largest Snow Walker model from ESB, the Red October filming model, a full-sized Speeder Bike fro ROTJ, and much more. This Star Destroyer was seen and approved by ILM for use in the exhibit.

The model was originally built by me as a learning experience in model making in 2004. It was my second attempt at a Star Destroyer. It was never meant to be an exact replica of the original, just a clean, firm build. It is 34 inches long. It has a wood internal frame around an aluminum tube. The main hull is made of Sintra. The bridge and superstructure is built up with sheet styrene. It is detailed with kit bashed parts, resin copied parts, styrene, and found objects. The model and the museum exhibit are mentioned in my book Building Dreams. 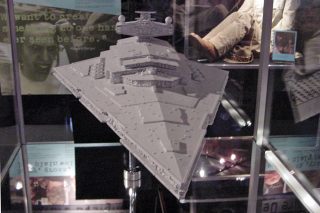 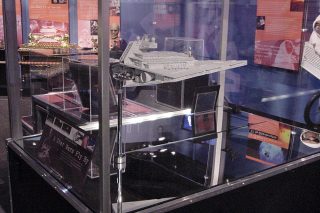 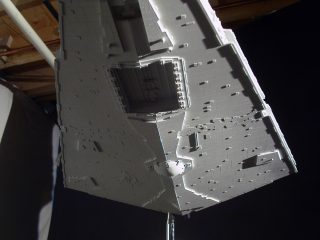 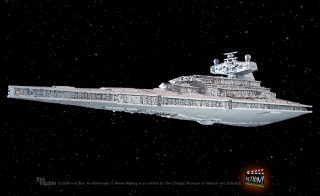 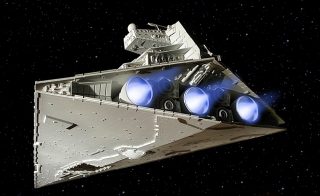 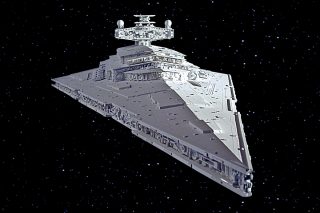 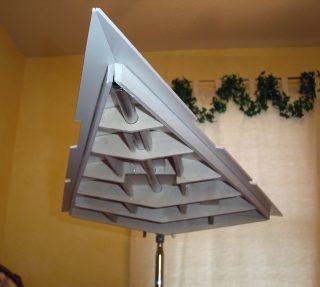