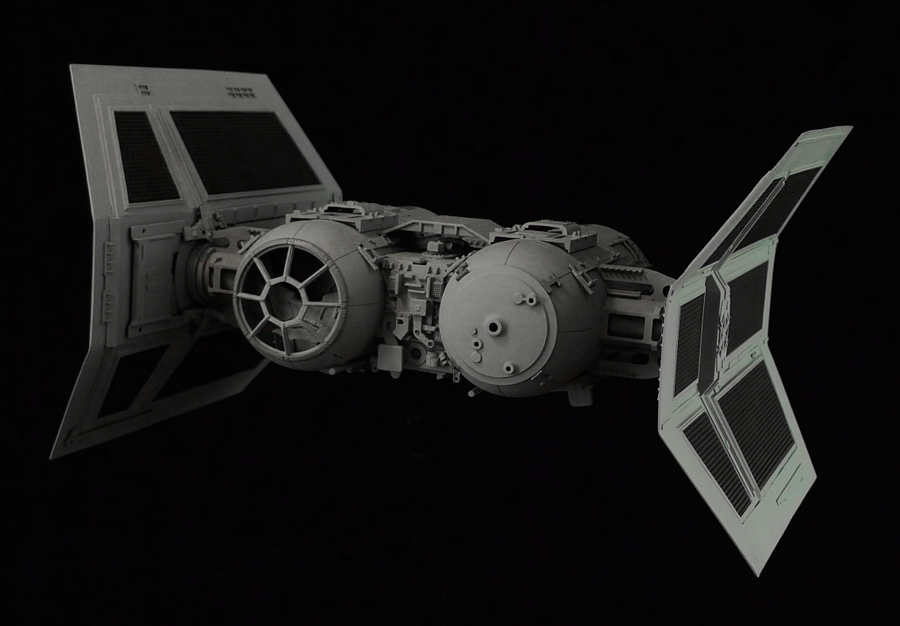 Star Wars: The Empire Strikes Back

This is one of those rare instances where I was able to make things up within the “world of Star Wars” as I built a studio scale model, trying to think of how ILM would have constructed a riff on their TIE Bomber model. It all started when a discussion sprung up among friends about which models from the original Star Wars trilogy were left to document and build. Someone mentioned Needa’s Shuttle, which I must admit I didn’t even remember seeing. You see, about one hour and ten minutes into The Empire Strikes Back, we catch a glimpse of Captain Needa’s shuttle exiting a Star Destroyer and rocketing over to Vader’s Super Star Destroyer. It occurs between Yoda’s “That is why you fail” line and Vader’s “Apology accepted, Captain Needa” line. Most model fans agree that it was most likely the TIE Bomber model, with it’s wings flipped around (so that they angled outwards), but the resolution is so poor and the model is so small against the screen, it could be anything. The ever-well-connected-and-talented Gene Kozicki unearthed a storyboard that showed the Bomber model-esque configuration, which supports the theory. So as a fun exercise, a group of us (led by Gene) decided it would be fun to make our own shuttle models as a creative exercise. I got a little carried away, using all styrene and machined pieces in conjunction with lasercut wing extensions, with the model and firmly mounted to an adjustable rod on a laser etched display base. A price of $1,600 was realized and this piece now resides in the collection of David Adami. 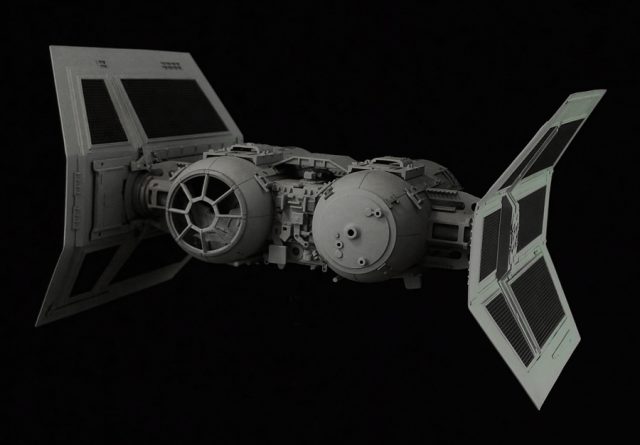 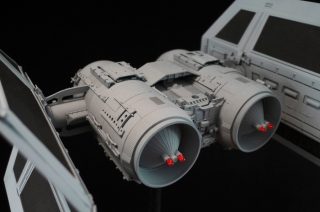 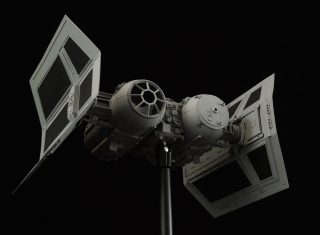 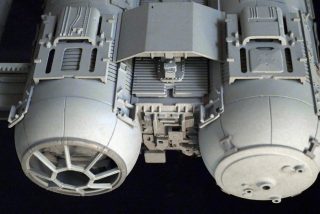 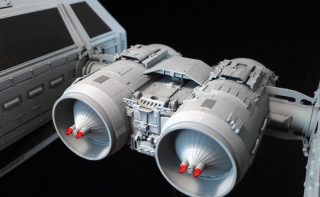 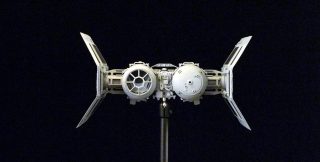 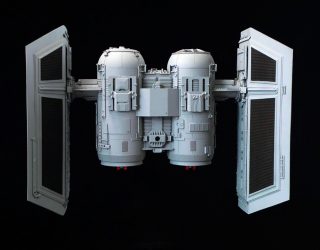 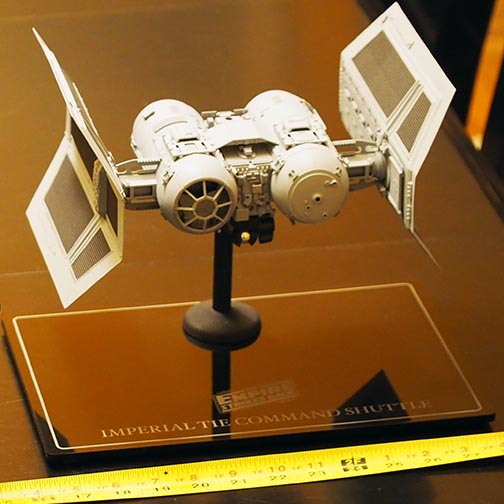 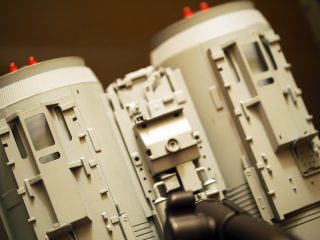 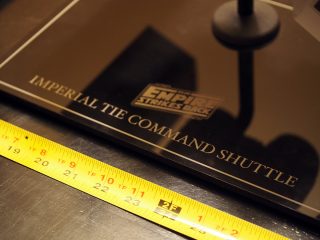 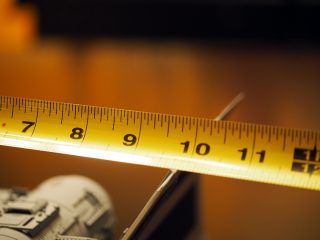 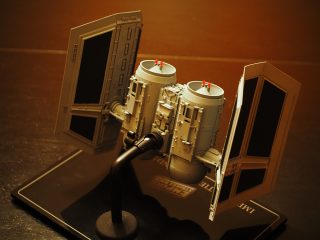 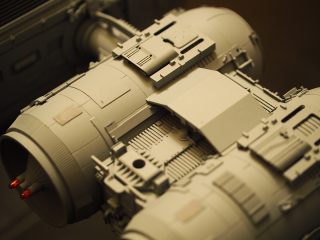 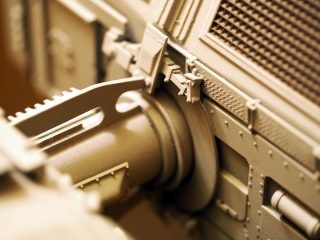 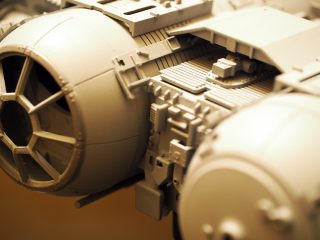 A wonderful addition for David from Jason… 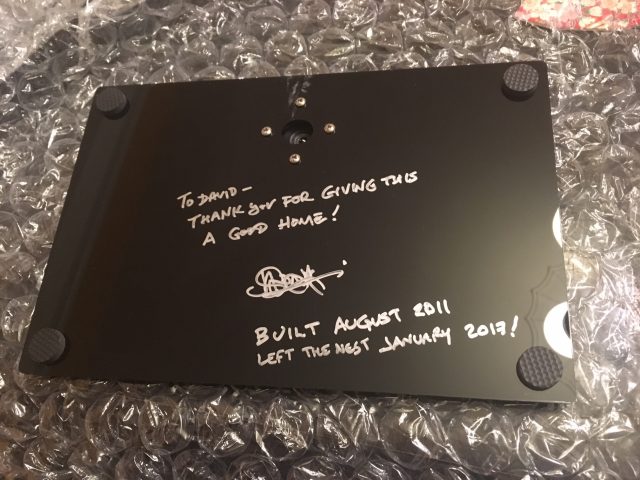 To view more on this build, and to read the fantastic story behind it’s creation, click the VIEW MORE Button Link below…